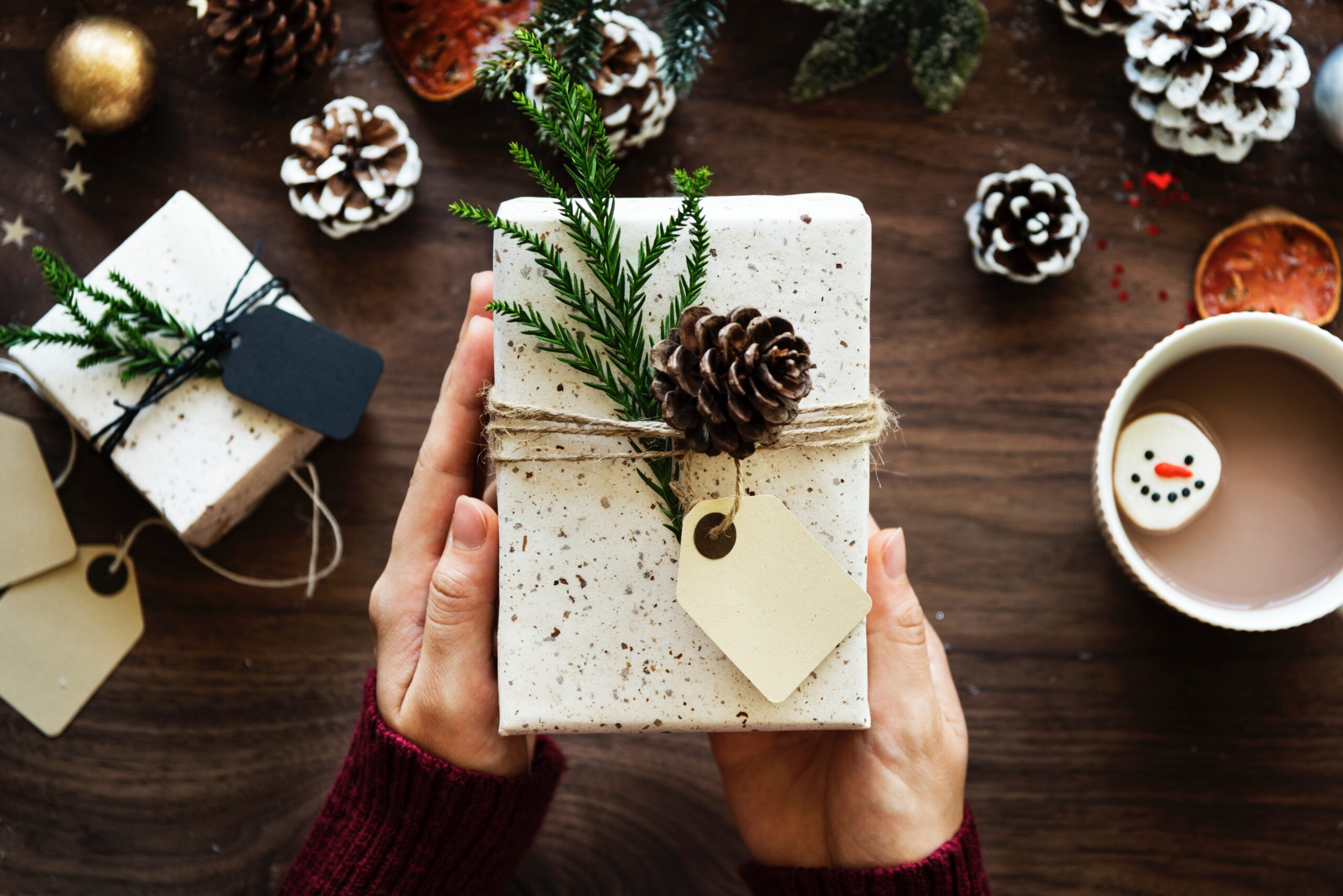 Opinion: Take Time to Read This Christmas (In Praise of Jólabókaflóð) 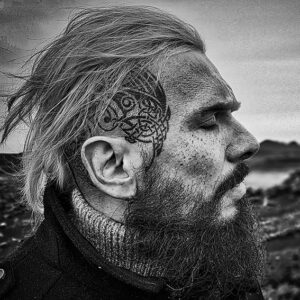 At ALLi, we advocate that all authors should take time out to be readers too – and we are fascinated by the Icelandic tradition of Jolabokaflod, which encourages copious reading at Christmas-time in particular. Who better to give us the low-down on the present state of the Jolabokaflod tradition to inspire us than ALLi author Bjorn Larssen, who describes himself on his website as “Made in Poland, physically located in the Netherlands, left his heart in Iceland”!

This meme has been doing the rounds on social media recently:

In Iceland, books are exchanged as Christmas Eve presents, then you spend the rest of the night in bed reading them and eating chocolate. The tradition is part of a season called Jolabokaflod, or ‘The Christmas Book Flood', because Iceland, which publishes more books per capita than any other country, sells most of its books between September and November due to people preparing for the upcoming holiday.

At the suggestion of ALLi's own Debbie Young I decided to do some research and find out how much about this meme is true. Holidays filled with books and chocolate? I may be a heathen but I'm all in! Unfortunately a lot of those memes, cute as they are, tend to be more romantic than accurate. Slightly worried, I proceeded to investigate… 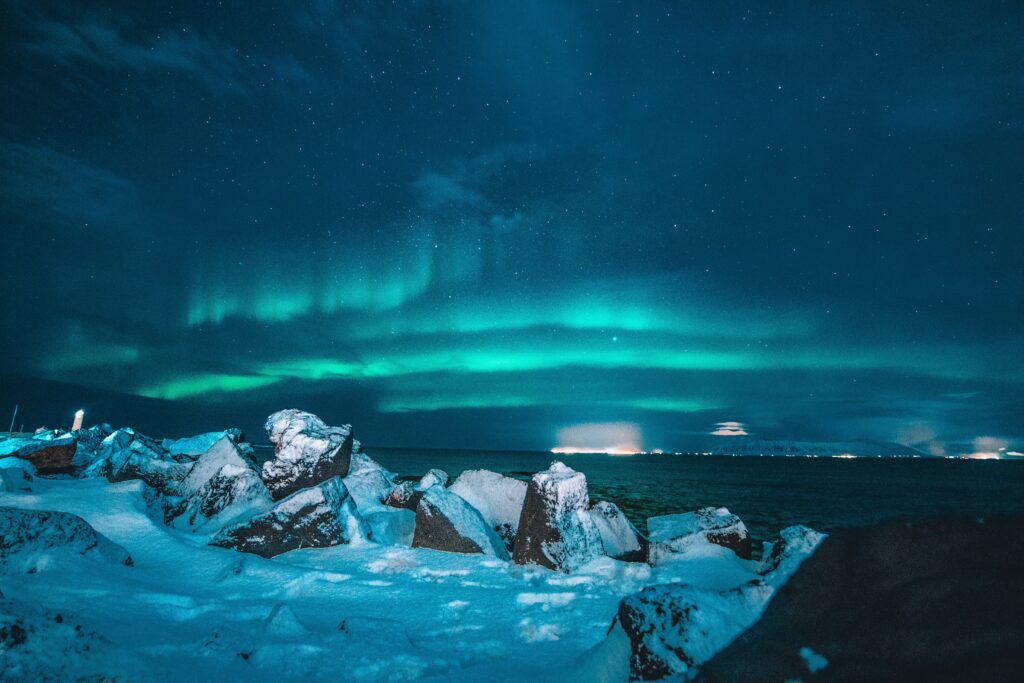 Image of Iceland by Nicolas J Leclerq via Unsplash.com

The Truth about Jólabókaflóð (The Icelandic Christmas Book Flood)

According to a law from 1790, every child was supposed to be able to read as a qualification for confirmation. As a result, the literacy rate in Iceland in the eighteenth and nineteenth century was nearly miraculous – around the year 1800, 97% of households owned (and read) at least one book of religious nature. For comparison, the number for Sweden at the time was 20%. It was the pastor's duty to ensure no household was left without Christian reading material, and if the household couldn't pay for the books they were financed from the poor relief.

The first book every child was expected not to just read but also memorise was Kverið (a version of Luther‘s Minor Catechism). Massive social pressure ensured the parents would – to put it mildly – encourage the children, as the confirmation ceremony was public and the children were lined in order of their reading ability. Every family wanted to see their offspring in front of the line. But the Church and social pressure were not the only reason why every single child aged nine or ten could read fluently.

Once the livestock was fed and milked, the rest of the day would be spent working wool. As you can imagine, spinning wool for many hours every single day wasn't exactly the most exciting of tasks, therefore to keep the workers entertained one of the family members, typically one of the children, would read. Adults corrected their mistakes without interrupting their own tasks. At the same time the children were learning to read and providing some entertainment to the workers. The farmers would often gather to discuss the most important matters: sheep, weather, taxes, and the poems they had written since they had last met.

‘As soon as I got the Old Testament, it did not take me long to discover what a treasure it was. The fighting and bloodshed and all the stories from the historical books were like candy to a boy raised on the Icelandic Sagas… The religious significance of the Bible – or religion in general – did not become clear to me until much later.' 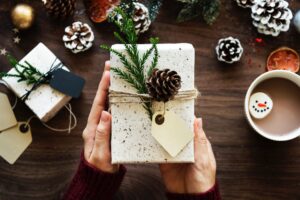 Books – the perfect Christmas gift for Jólabókaflóð in Iceland (image by rawpixel via unsplash.com

The word that the meme butchers is jólabókaflóð(ið) where the final “ið” stands for “the”. The translation – Christmas book flood – is correct, but you get no bonus points for figuring out the previous meaning of “jól”.

The fact that most books are published between September and November isn't exclusive for Iceland, same as giving books as presents isn't a strictly Icelandic phenomenon. But there are numbers to back it up.

Hallgrímur, artist photographer, told me: “The jólabókaflóð is very real, and I think there are some six books published per 1000 people“. In comparison, during the whole of 2013, 304,912 new and reissued books were published in the United States, which means a bit less than one book per 1000 people. (Source: Wikipedia.) I do, however, feel the need to remind that Iceland's population is approximately 350,000 people, meaning that “only” 2,100 new books are published each year in time for Christmas.

Auður of I Heart Reykjavik adds: “Although things have definitely changed since I was young, books are still a very common Christmas gift, and our teenager for example has always had a lot of books on her Christmas gift list. It's also one of the few times of year that people completely switch off from work for a few days so they allow themselves to do things they normally don't have time for, like reading – I know that's true for myself.”

Auður's daughter has by now finished all YA books available at the school library, moving on to books such as To Kill a Mockingbird (which I still haven't read at the age of 41… oops…) and John Steinbeck. Her hunger for reading is such that “Most of the books she puts on her list are new releases in Icelandic (since she's read everything that came out last Christmas)”! Whilst most teenagers in Iceland don't really differ from the others when it comes to being perma-glued to iPads and smartphones, they use them for reading much more than most teens. “I feel most of my friends at least read a lot to their kids and do their best to exchange the iPads out for books as much as they can”, adds Auður.

María of Live As Locals Apartments, where we stayed during our trips in 2017 and 2018, paints a less encouraging picture: “My father would definitely get books for Christmas and be reading for the holidays, but not the rest of us. We would watch movies (Netflix or TV), play cards/cardboard games, eat good food and search the internet.” According to María, it's a question of generational change – whilst some of the younger people still love to drown in books during Christmas time, her father who keeps the tradition alive in the family is 81 years old.

What Does Jólabókaflóð Mean to You? 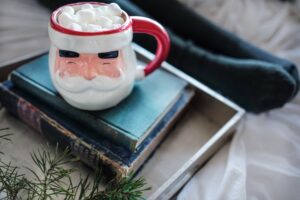 Have yourself a merry little Jólabókaflóð of your own, wherever you are in the world! (Image by Drew Coffman via unsplash.com)

To sum it up, other than the spelling of the admittedly terrifying word the tradition is still alive, but as traditions tend to do it's slowly vanishing as time progresses. Hopefully teenagers such as Auður's daughter will keep jólabókaflóðið alive for many years to come. As for myself, I will try to read To Kill a Mockingbird this year…

OVER TO YOU What books will you make time to read this Christmas? Let's keep the Icelandic tradition alive and take it worldwide!

#Indieauthors - make sure you take time out do read some books this holiday season! @BjornLarssen's great post about #Jolabokaflodid will inspire you & give you license to do so! Click To Tweet

Opinion: Why Indie Authors Should Also Be Readers

Beta Reading: How Being a Beta Reader Has Made Me a Better Writer

Writing: How Authors Can Speed Up Research with Speed Reading