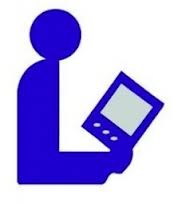 Is the new business model for publishers to be selling over-priced and under-performing services to writers?

That’s the question that needs to be asked as Simon & Schuster (S&S) links with Author Solutions (AS) to run their new self-publishing service, Archway.

And same question to Penguin-Pearson, who kicked off this trend with their purchase of AS for $116m earlier this year, and who contrary to our hopes at the time, show no interest in cleaning up the practices there.

Author Solutions is, of course, the controversial company widely distrusted by savvy self-publishers for its exorbitant and problematic service provision, under a variety of names — AuthorHouse, Xlibris, iUniverse, and Trafford.

As The Alliance of Independent Authors (ALLi)‘s Services Watchdog, Ben Galley, puts it: “Author Solutions [is] the company which owns AuthorHouse and Xlibris, companies which make my blood boil, who sell  overpriced packages to unaware authors, to ‘help’ them publish sub-standard books. S&S have really gone down in my opinion here.”

When we started The Alliance last April, companies like Author Solutions loomed large in our minds, companies who displayed little interest in good writing, in creative excellence or even, in some cases, in decent business practice, whose only interest in publishing or the literary world appeared to be making a handsome profit out of writers’ dreams

This was one key motive in establishing a non-profit organisation that would show writers effective ways to self-publish books with excellence and ethics at reasonable cost, in the company of other indie authors who were doing it well.

We understand that, depending on our circumstances as authors, doing it well is likely to require us to partner with author services, perhaps a freelance designer or editor, or in some cases if time is more precious than money, a full-service package provider.

But only one that understands the function of publishing is to sell good books to readers.

This is why, as well as connecting writers who want to self-publish well to work together for each other, from the outset ALLi also offered a Partner Membership to service providers who were willing to be vetted by our authors.

We are delighted to have been joined by many partners of great skill and integrity, many of whom are writers themselves or otherwise embedded in the writing and publishing industry. Accessible through a searchable database in the member zone of our website, Partner services are ethically delivered and transparent around terms and conditions and value for money.

They serve authors in the quest of reaching readers. They are, by definition, authorcentric.

A quick comparison: we have book designers, excellent at their trade, who’ve seen their books at the top of the Amazon charts, starting as low as $150 for an ebook cover. Formatters who will sort your manuscript for e-publication or print-on-demand for as little as $99, depending on length. And we point writers in the direction of software and other tools. For example, many of our members use software like Scrivener, which allows you to compile your manuscript for Amazon and all other platforms, at a cost of $45, once-off (discounted for our members).

So what are you paying for?  That’s where the bad news gets worse.

Our watchdog, and longtime industry analyst, Victoria Strauss, on her blog at “Writer Beware” recently quoted Emily Suess, another writer-centred blogger who has long kept an eye on ASI. In a colourful blog post, Emily lists some of the many customer complaints’”

Repeated complaints from ALLi members, and other community feedback, confirm that these are not isolated incidents.

Strauss has repeatedly criticised Author Solutions for their misleading marketing strategies. And now they’ve gone even further, as outlined by David Gaughran in this post about their S&S link up and how the company “rips off writers”, using fake accounts, posing as independent commentators or happy customers.

The Cause of Trade Publishing’s Woes

It’s no secret that trade-publishing business models need to adapt if they are thrive in the new digitized landscape. What started their  woes, I would argue, was a loss of focus on readers and writers. A creative business has to balance both sides of that delicate scales and since the 1990s, when the mergers and conglomerations began, and deep discounting and super-size-me sellers started to dominate bookselling, that balance has tilted too far towards the business side of the equation.

Contemporary trade publishing focusses on mergers and buy-outs, cost-cutting and consolidation and slash-and-burn discounting on a scale never before witnessed.  Retailers like WH Smiths and Barnes & Noble or supermarkets like Safeway and Tescos decide how much shelf space a book should have and whether it will succeed. Supermarkets tell publishers what price the book will sell at, how many copies to print, what to put on the cover, what to call the books and even, on occasions, what to put inside them.

It may be an exaggeration to say, as Michael Levin’s recent HuffPo article claimed, that publishers hate authors but it is certainly true that publishing executives and editors do not view writers as equal partners in the publishing process.

We see this in language like ‘slush pile’ for unsolicited manuscripts or ‘list-culling’ for letting authors go. Trade publishers pay lip service to the importance of writers but treat them as a supplier (in the new parlance ‘content provider’) rather than a creative partner.

Why, for example, is the writer of the book the very last person the marketing team would allow at their table when deciding how to reach readers?

When we launched our alliance last April at London Book Fair, a representative from Amazon attended wearing a T-shirt that said “We Love Authors”.  Afterwards, two editors I know sniggered about this and, when challenged, said they thought it cynical and manipulative. I disagreed then and, almost a year on, having dealt with hundreds of self-published writers in the meantime, I disagree now.

It’s not just a T-shirt slogan when it’s reflected in terms and conditions. Not only do Amazon and Kobo pay indie authors up to 70% royalties instead of the 7% or so those of us who previously trade-published got when the discounting was done, they give us accurate, timely sales and payment reports instead of unreadable royalty statements. They pay monthly instead of yearly or bi-annually. And they offer a non-exclusive publishing platform which allows us to retain all rights.

They, along with Smashwords and Bookbaby and others who are emerging, have figured out a way to do business in the new technologized publishing environment that is respectful of writers and readers.

Their models reveal the venerable houses, Simon & Schuster and Penguin-Pearson as the ones who are cynical and manipulative in linking with the world’s most controversial vanity publisher.

“When Penguin’s parent company bought ASI and folded it into Penguin, I expressed the hope that Penguin would start to clean up the problems at ASI,”  says Victoria. “[To] make it more customer-friendly and transparent, as Amazon did years ago when it purchased the then-very-troubled BookSurge. I still hope that will happen — but I know better than to hold my breath.”

David Gaughran agrees. “The scammy behavior hasn’t stopped,” he says. “In fact, some of it is getting worse. I’ve received reports of Author Solutions staff calling prospective customers and asking if they want to be ‘published by Penguin’. Yes, they went there.”

And, he points up that contrary to challenging how ASI did business, they gave their CEO Kevin Weiss a seat on their board.

“How can we make easy money out of authors?” is a sorry response to the literary creativity, craft and self-expression that is being unleashed by the surge in self-publishing.

What if trade-publishers started to ask themselves a different set of questions. Questions like:

In short, how about a response to the challenges that incorporates the creative as much as the commercial?