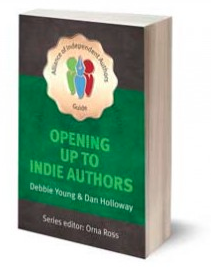 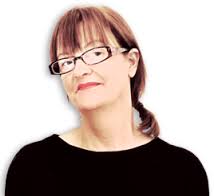 Back in 2013, Jamaican author Ezekel Alan almost didn’t enter his self-published debut novel Disposable People for the Commonwealth Book Prize. “I never once thought that my act of exorcism would even remotely be worthy of consideration for that award,” he said said at the time. 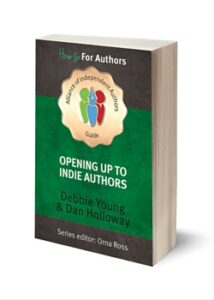 Luckily, his editor disagreed, the book was entered and Alan became the first self-published book to win such a major international prize. “The publicity which ensued was overwhelming,” he says, and he feels he is still benefiting, years on.

As Debbie Young wrote here last week, we are reviving our Open Up To Indie Authors campaign, as part of the launch of the latest edition of our guidebook of the same name.

Opening Up to Indie Authors

Both book and campaign call on what we might call the reader industries – libraries, bookstores, prizes, literary events – to include indie authors in their programs. We have a number of events planned, including the book launch at the Indie Author Fringe, but we need to ask:

Do indie authors want their books to be included?

We were contacted last week by one of the prizes that has not only opened its doors, but actively sought out indies, and made a big deal of its openness: the Peters Fraser & Dunlop “Young Writer of the Year” award.

A prize for the best work of fiction, non-fiction or poetry by a British or Irish author aged between 18 and 35, the award is designed, in the words of the Sunday Times literary editor, Andrew Holgate, “to put the spotlight on the best new writing talent from Britain and Ireland, providing young writers with the kind of encouragement and exposure that has made such a difference to the shortlistees and winners in the past.”

When the prize was relaunched in 2015 after a hiatus since 2009, it was made open to self-published titles. ALLi promoted the event, and Dan Holloway attended a special event for bloggers to help spread the news, but there were still very few self-published entrants.

Again this year, despite articles in the Bookseller, Publishing Perspectives, and Self-Publishing Magazine, the prize organizers tell us:

Again this year, despite articles in the Bookseller, Publishing Perspectives, and Self-Publishing Magazine, organisers say the numbers of submissions from self-published authors aren’t where they could be.

And more and more often, we are hearing similar stories from [some] other awards, literary festivals, libraries and other reader-facing organizations:

They are open but despite encouragement, self-publishers are not coming forward.

I think the biggest question remains: ‘should we care what the old industry thinks?' The times have changed. The old groups and industry bits which haven’t updated their views on self-publishing are already slipping into irrelevance and will fade into obscurity over the next few years unless they change. Success and longevity for any writing organization, contest, or publishing tool is now directly tied to how relevant it can make itself for indies. We are the future for all of these groups.

It's Up to You

ALLi represents indies of all types and opinions and we support every author's decision to publish their way.

In our experience, it is the more commercially-minded authors who are very happy to ignore the books and reader services that pre-dated digital. But there are also a great many authors like Ezekel Alan who would love to win a prize, see their books in libraries and bookstores, or take part in their local literary festivals.

Our concern is that such authors are counting themselves out by not trying.

ALLi wants to see indie authors with an active presence wherever books are bought or borrowed, reviewed, celebrated or awarded. If we are to succeed in that aim, as well as parts of the reader industry needing to open up to indie authors, those parts of the self-publishing community who are interested will also need to open up to what's now possible.

An Easy Way to Support Our #PublishingOpenUp Campaign

If you do support this campaign, we'd love to get your signature on our petition.

How indie authors can reap benefits of #publishingopenup effect, IF they wish - by @OrnaRoss Click To Tweet

OTHER POSTS ABOUT OUR #PUBLISHINGOPENUP CAMPAIGN

Who's Opening Up To Indie? ALLi Campaign Update

Opinion: Why We Need the Publishing Trade to Open Up More to Indies