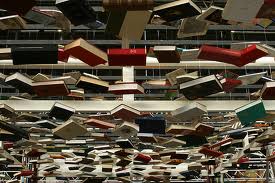 Before we get back to normal transmission next week, we thought you might like Tolstoy's answer to the indie author's perennial dilemma of feeling pulled in all directions.We're author-publishers, which means we're writers and publishers, each of which is a full time job for lots of other people. We have to be design and marketing and sales and promotion and creative directors, as well as get the books written. No wonder we mightn't always know what to do next, how to choose the thing that's most essential and important.

Tolstoy's short story, ‘Three Questions’, engages with this perennial question. Some of you may know it as it’s rather famous but it bears repeated reading.

It’s not too long. Make a cuppa when you have five minutes and enjoy!

One day it occurred to a certain emperor that if he only knew the answers to three questions, he would never stray in any matter:

The emperor issued a decree throughout his kingdom announcing that whoever could answer the questions would receive a great reward. Many who read the decree made their way to the palace at once, each person with a different answer.
In reply to the first question, one person advised that the emperor make up a thorough time schedule, consecrating every hour, day, month, and year for certain tasks and then follow the schedule to the letter. Only then could he hope to do every task at the right time.

Another person replied that it was impossible to plan in advance and that the emperor should put all vain amusements aside and remain attentive to everything in order to know what to do at what time.

Someone else insisted that, by himself, the emperor could never hope to have all the foresight and competence necessary to decide when to do each and every task and what he really needed was to set up a Council of the Wise and then to act according to their advice.

Someone else said that certain matters required immediate decision and could not wait for consultation, but if he wanted to know in advance what was going to happen he should consult magicians and soothsayers.
The responses to the second question also lacked accord.

One person said that the emperor needed to place all his trust in administrators, another urged reliance on priests and monks, while others recommended physicians. Still others put their faith in warriors.

The emperor was not pleased with any of the answers, and no reward was given.

After several nights of reflection, the emperor resolved to visit a hermit who lived up on the mountain and was said to be an enlightened man. The emperor wished to find the hermit to ask him the three questions, though he knew the hermit never left the mountains and was known to receive only the poor, refusing to have anything to do with persons of wealth or power. So the emperor disguised himself as a simple peasant and ordered his attendants to wait for him at the foot of the mountain while he climbed the slope alone to seek the hermit.

Reaching the holy man’s dwelling place, the emperor found the hermit digging a garden in front of his hut. When the hermit saw the stranger, he nodded his head in greeting and continued to dig. The labor was obviously hard on him. He was an old man, and each time he thrust his spade into the ground to turn the earth, he heaved heavily.
The emperor approached him and said, “I have come here to ask your help with three questions: When is the best time to do each thing? Who are the most important people to work with? What is the most important thing to do at all times?”

The hermit listened attentively but only patted the emperor on the shoulder and continued digging. The emperor said, “You must be tired. Here, let me give you a hand with that.” The hermit thanked him, handed the emperor the spade, and then sat down on the ground to rest.

After he had dug two rows, the emperor stopped and turned to the hermit and repeated his three questions. The hermit still did not answer, but instead stood up and pointed to the spade and said, “Why don’t you rest now? I can take over again.” But the emperor continued to dig. One hour passed, then two. Finally the sun began to set behind the mountain. The emperor put down the spade and said to the hermit, “I came here to ask if you could answer my three questions. But if you can’t give me any answer, please let me know so that I can get on may way home.”

The hermit lifted his head and asked the emperor, “Do you hear someone running over there?” The emperor turned his head. They both saw a man with a long white beard emerge from the woods. He ran wildly, pressing his hands against a bloody wound in his stomach. The man ran toward the emperor before falling unconscious to the ground, where he lay groaning. Opening the man’s clothing, the emperor and hermit saw that the man had received a deep gash. The emperor cleaned the wound thoroughly and then used his own shirt to bandage it, but the blood completely soaked it within minutes. He rinsed the shirt out and bandaged the wound a second time and continued to do so until the flow of blood had stopped.

At last the wounded man regained consciousness and asked for a drink of water. The emperor ran down to the stream and brought back a jug of fresh water. Meanwhile, the sun had disappeared and the night air had begun to turn cold. The hermit gave the emperor a hand in carrying the man into the hut where they laid him down on the hermit’s bed. The man closed his eyes and lay quietly. The emperor was worn out from the long day of climbing the mountain and digging the garden. Leaning against the doorway, he fell asleep. When he rose, the sun had already risen over the mountain. For a moment he forgot where he was and what he had come here for. He looked over to the bed and saw the wounded man also looking around him in confusion. When he saw the emperor, he stared at him intently and then said in a faint whisper,

“But what have you done that I should forgive you?” the emperor asked.

“You do not know me, your majesty, but I know you. I was your sworn enemy, and I had vowed to take vengeance on you, for during the last war you killed my brother and seized my property. When I learned that you were coming alone to the mountain to meet the hermit, I resolved to surprise you on your way back to kill you. But after waiting a long time there was still no sign of you, and so I left my ambush in order to seek you out. But instead of finding you, I came across your attendants, who recognized me, giving me this wound. Luckily, I escaped and ran here. If I hadn’t met you I would surely be dead by now. I had intended to kill you, but instead you saved my life! I am ashamed and grateful beyond words. If I live, I vow to be your servant for the rest of my life, and I will bid my children and grandchildren to do the same. Please grant me your forgiveness.”

The emperor was overjoyed to see that he was so easily reconciled with a former enemy. He not only forgave the man but promised to return all the man’s property and to send his own physician and servants to wait on the man until he was completely healed. After ordering his attendants to take the man home, the emperor returned to see the hermit. Before returning to the palace the emperor wanted to repeat his three questions one last time. He found the hermit sowing seeds in the earth they had dug the day before.

The hermit stood up and looked at the emperor. “But your questions have already been answered.”

“How’s that?” the emperor asked, puzzled.

Remember that there is only one important time and is Now. The present moment is the only time over which we have dominion. The most important person is always the person with whom you are, who is right before you, for who knows if you will have dealings with any other person in the future.

The most important pursuit is making that person, the one standing at you side, happy, for that alone is the pursuit of life.”