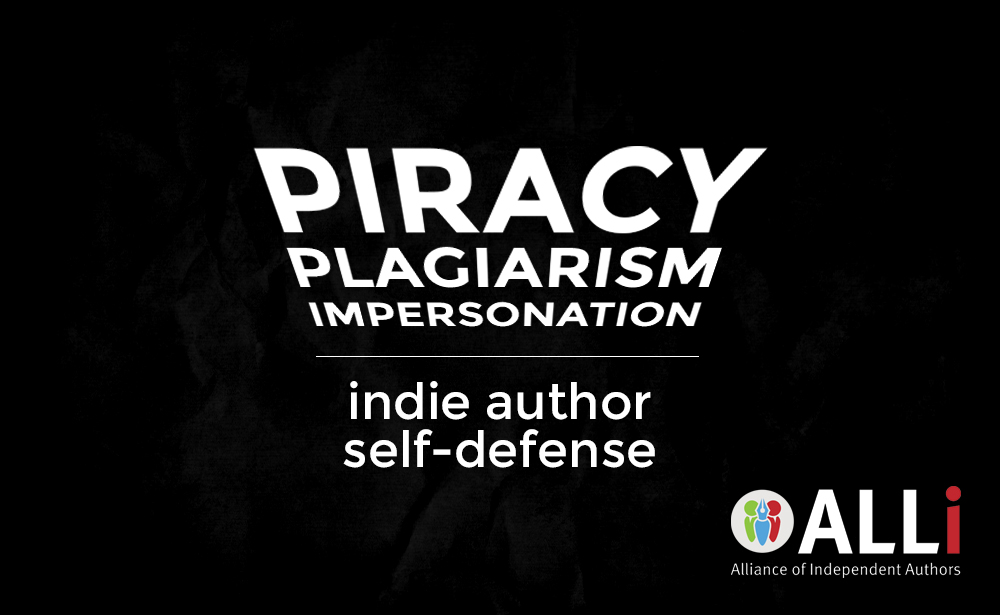 Digital crime has been on the rise, and indie publishers are not immune. If a thief is profiting illegally from your writing, your options for putting a stop to it will depend on the nature of the infringement. In this three-part series, we look at the most common forms of copyright infringement and how you can fight back against them.

Catch up on the first two installments, Piracy, and Plagiarism.

In our previous installments, we examined piracy and plagiarism, two forms of copyright infringement that violate an author's right to profit from their work. Impersonation is similar to both in that the criminal is profiting from an author's work illegally, but takes on a sinister new angle: the thief doesn't repackage the author's work, they duplicate every aspect of it, even publishing it under the author's name.

In 2015, author Rebecca Merry Murdock discovered that the ebook version of her children's fantasy novel was not linked to her author profile on Amazon. At her request, Amazon's support staff linked the book manually, adding it to her profile.

Then Rebecca noticed something peculiar: the book had an unfamiliar ASIN (Amazon's unique identifier for products).

A thief had republished her book through KDP — content, cover, description, and all the details — and created a duplicate listing that was indistinguishable from the real thing. Because it was a more recent release than the real edition, it received higher visibility and appeared first in searches for the title. Even worse, she had inadvertently linked the counterfeit book to her author profile.

Her readers were being diverted to the impersonator, along with a chunk of her royalties.

When expertly done, impersonation is insidious and easily overlooked. When poorly done, it can damage an author's brand and reputation, as readers may be downloading incomplete or substandard copies of the real work. Either way, counterfeit editions can go undiscovered for years, funneling passive income to the thief the entire time.

Sophisticated enterprises have sprung up around this vulnerability. In February of 2018, cybersecurity expert Bryan Krebs examined an impersonation scheme that was apparently used for money laundering.

The Role of Amazon in Impersonation

Because Kindle Direct Publishing has a simple interface, charges no fees up front, provides a free ISBN, and has the largest North American audience, it is the most common platform for author impersonation. And prior to 2016, KDP had few safeguards to prevent it.

Amazon has dramatically stepped up its attempts to detect and thwart duplicate content in recent years, particularly in the latter half of 2017. You may have received a notice from Amazon asking you to confirm that you possess the rights to publish your work. This can be alarming and frustrating to the author who is unsure of why their ownership is being challenged, but it's a good first step towards deterring copyright infringers, and one this watchdog supports.

In order to fight back against impersonators, you need to be aware of their existence and proactive about discovering violations. Thieves can duplicate virtually every aspect of your books' listings on Amazon, except their identifiers, the ISBN and the ASIN. When you publish your book, you should keep a list of these identifiers, as they are the surest way of detecting a counterfeit copy.

Search for your books on major retailers, and take note of any listings that don't seem quite right. Inspect books with the same title and author but different covers, as thieves have been known to substitute amateurish covers to avoid detection. Look inside the book to confirm whether it's your content inside.

If the publisher or the identifiers are unfamiliar, you may be looking at a counterfeit edition.

A word of warning: print books may be listed by legitimate third-party sellers who will appear in the “Other Sellers on Amazon” heading. These sellers are either in possession of used copies, or they will purchase print-on-demand copies to fulfill orders, but they are usually legitimate. Counterfeiters will appear as separate search listings and separate sales page, distinct from the authentic pages.

Also, be aware that your ISBN can take two forms, a 10-digit version and a 13-digit version. These numbers will be identical except that the ISBN-13 has a 3-digit prefix, usually 978, and a different digit in the final position (a checksum). If you find a listing whose ISBN is very similar to your recorded ISBN, but is shorter or longer, it's probably using a different format. You can convert between ISBN-10 and ISBN-13 codes through online utilities such as this one from ISBN.org.

If you have been the victim of impersonation, what can you do?

First, immediately contact Amazon support and notify them of the suspected violation. Ask to speak with their copyright/trademark infringement division. Have your correct ISBNs and ASINs on hand so you can let the support team know which ones are valid.

Long story made short, Amazon may confiscate royalties from infringing copies of your book and pay them to you, but you'll need to follow their procedures to the letter:

Amazon rarely volunteers this information, so it pays to be aware of your rights.

Other retailers outside of Amazon will promptly take down the infringing work, but may not be willing to reassign royalties collected from the sale of the work unless legally compelled to do so. You will need to contact the legal departments of those retailers and your own attorney to determine if and how you can claim those funds.

Over to You
Have you discovered counterfeit copies of your books for sale? Let us know in the comments below!