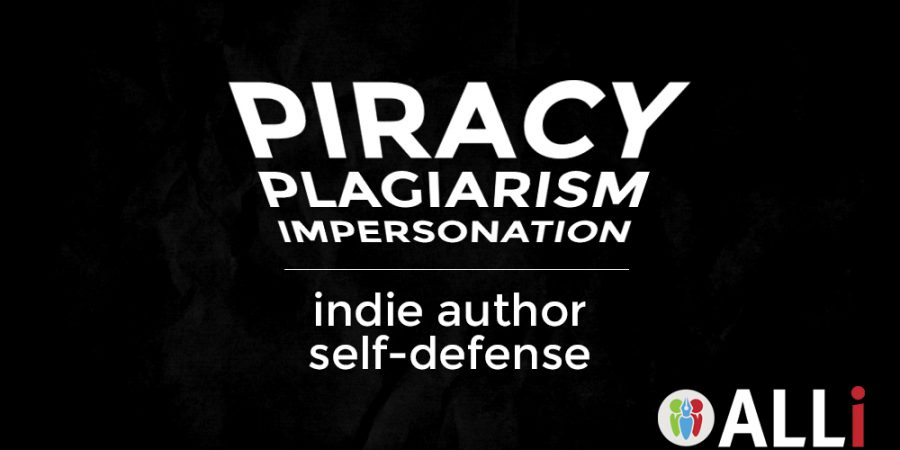 Digital crime has been on the rise, and indie publishers are not immune. If a thief is profiting illegally from your writing, your options for putting a stop to it will depend on the nature of the infringement. In this three-part series, we'll look at the most common forms of copyright infringement and how you can fight back against them.

Catch up on the first installment, Piracy.

In 2014, a reader alerted author Rachel Ann Nunes to the similarities between Nunes' novel, A Bid for Love, and a recently published novel, The Auction Deal. Nunes discovered that the book copied her clean romance novel, but with renamed characters and graphic sex scenes added.

Investigation turned up other violations, including the unauthorized use of a Gulf War veteran's deeply personal essay as the prologue of one of the plagiarized books.

The infringing books were quickly removed from online retailers, but at little consequence to the plagiarist. Nevertheless, Nunes was determined to hold them accountable for the theft of others' hard work.

Piracy differs from plagiarism in that the pirate unlawfully distributes copies of an author's books, while the plagiarist repurposes another's work as their own. This can be unintentional, as when a nonfiction writer fails to properly credit a quoted passage; it can be coincidental, as when two screenwriters independently develop similar plots; or it can be deliberate theft.

Most retailers and content platforms will act quickly to terminate copyright infringement, but when the infringement is less obvious, as with a copied plot or paraphrased text, your only recourse may be in a court of law.

That means your ability to confront the problem may depend on the laws in your country, the commercial impact on your work, and, unfortunately, your ability to sustain a costly, prolonged legal battle. In the US, copyright cases are under the exclusive jurisdiction of the Federal courts, and attorney's fees can run into hundreds of thousands of dollars.

The prognosis for the author whose work is copied and “remixed” is bleak. In 2014, Rachel Ann Nunes vowed to hold her plagiarist accountable.

Four years later, her case is still being litigated at tremendous personal and financial cost.

Join us on Thursday, April 12th for the final installment of this series, Impersonation, and a valuable tip for recovering stolen royalties.

Over to You
Has plagiarism affected you? Let us know in the comments below!