The History of Self-Publishing 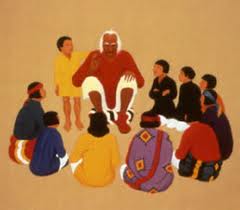 1. From Bard to Scribe

Publishing began with the transition from oral to written culture. In traditional society, bards were renowned and respected and supported themselves by travelling and sharing their stories and information with the community at large. This spoken tradition shaped the way words were heard, held and passed on for centuries, probably millennia

A major shift occurred when the resources of Egyptian papyrus and parchment led to the format of the first ‘books'. In Europe, most such manuscripts (scripts by hand) were painstakingly put together by monks in their writing rooms, “scriptoria”, in Christian monasteries throughout the Middle Ages. They would spend years creating these intricately illustrated scripts, copying and illuminating them by hand.

2. From Script To Book

The publishing industry as we have known it in Europe, North America and the British Commonwealth began in 1439, when Johannes Gutenberg became the first European to use movable type and set up what became known as a printing press.

The technological advance of the printing press made books widely accessible to ordinary people for the first time and the book, as we know it, was born. Some brave authors purchased presses to become self-publishers but for most the level of investment and, increasingly over the centuries, the distribution outlets closed them off from publishing. 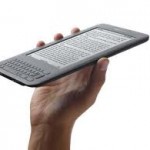 The third most significant advance in the history of the written word is the digital tech revolution that is seeing publishing power swing back towards the individual writer and storyteller.

The bard spoke to the people who lived within walking radius. Now, for the first time, the author communicates  in text and audio to a global readership, directly.

Authors no longer have careers, they run creative businesses.

For five centuries, books could only be printed using Gutenberg's large, heavy, expensive presses. It was 1979 when the next lowering of publishing's barrier to entry arrived, in the form of desktop publishing (DTP).

American parachutist Dan Poynter wrote and published The Self-Publishing Manual in 1979, launching a term and a trend. Some authors jumped in, printing consignment runs and selling by mail-order, or driving around to bookshops, with a car-load of books. But the most important development was print-on-demand (POD) as digital printing processes made it economically viable to print single copies, or small batches, to order.

POD technology continued to improve, and in 1990, the era of the ebook was launched with books in ,txt, .mobi and .doc formats taking to market. The final element in the digital reading matrix arrived with mass-market “epaper technology” but digital publishing lacked a payment mechanism until 1998, when pioneering publishers and authors began to sell books online.

Various authors, most famously Stephen King, attempted direct sales but it was all too new. Readers were suspicious or uncooperative, as yet unused to reading text in digital form. Sony released the first ebook reader in 2004, followed by Kindle eReader from Amazon in 2007, which came with a vast retail store attached.

Everything changed for authors. Agents, publishers and wholesalers were “disintermediated”. Only an online distributor-retailer now stood between writer and reader.

For the first time in history, authors began to self-publish in droves, and in 2012, the Alliance of Independent Authors launched at the London Book Fair.

This has paved the way for self-publishing to become the widespread and growing phenomenon it is today.

And now we are enjoying Self-Publishing 3.0

Self-Publishing 3.0: from Amazon to Authors

Self-publishing 3.0 is both a concept and a campaign from the Alliance of Independent Authors.

Self-Publishing 3.0 is based on the concept of non-exclusivity for authors. It facilitates direct sales from author to reader, true self-publishing, as well as publishing wide on a variety of platforms and distributing as widely as possible.

Being an “indie” author means owning a successful writing and publishing business that is not dependent on any single outlet–be that exclusively signing all rights to one trade publisher, or exclusively self-publishing with one platform or service.

Self-publishing 3.0 puts the author’s own transactional website at the heart of a safe, sustainable, and scalable global digital business that self-publishes wide and selectively licenses rights.

(For more on the history of publishing and self-publishing 3.0, see here, here and here .)