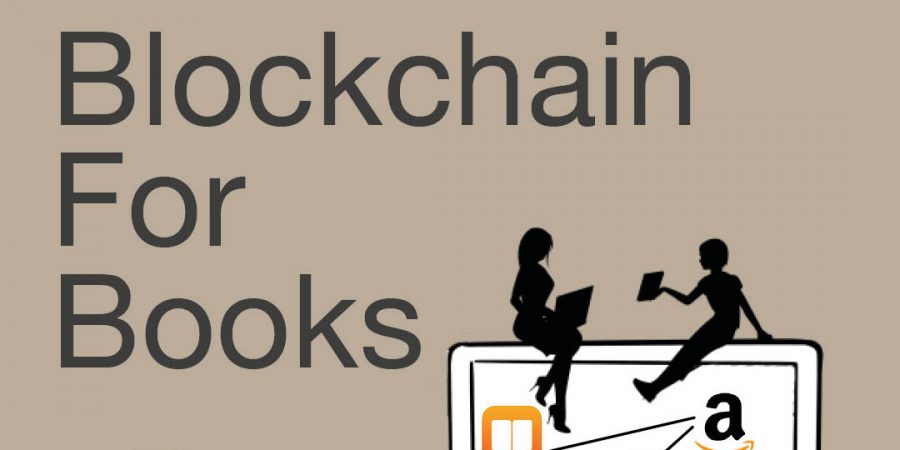 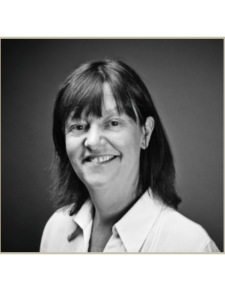 In Part Two of a three-part series about the opportunities that blockchain technology may be opening for authors, Orna Ross discusses the opportunities, challenges and the response from the Alliance of Independent Authors.

For historical and current context, see Part One. The final post will be a summary of recommendations made by ALLi’s campaign committee and white paper. See Part Three here.

ALLi, the Alliance of Independent Authors, believes that the blockchain, the technology that underlies cryptocurrencies like bitcoin, warrants the attention of authors and publishers.

So far, blockchain has attracted most interest for its commercial potential, which is why it is exciting so many business commentators and attracting investment.

From an author’s perspective, what’s more interesting is that it is also likely to underwrite the next disruption in publishing and perhaps a widening of the concept of intellectual property. The way the blockchain registers and distributes information, and eliminates the need for a third party to facilitate digital relationships, make it a technological breakthrough of great interest to authors.

We have established a committee to further investigate this potential and produce a white paper on the topic, to help raise author awareness of the opportunities and challenges.

Blockchain is a continuously growing list of records, called blocks, which are linked and secured.

The blockchain allows one person to transfer a unique piece of digital property to another in a way that 1) is guaranteed safe and secure; 2) open, visible and agreed by all; and 3) cannot be subsequently modified.

From where we’re standing, this latest digital development looks likely to be even more disruptive than the last. Here is our vision of how it could change everything for authors.

Blockchain and other hypertext (software systems that allow extensive cross-referencing between related sections of text and associated graphics) supercede the copyright protection that has been key in authors being able to establish value in their work in the first digital revolution.

The piracy of digital files becomes much more difficult, as the blockchain cryptographically time- and person-stamps the act of publication (and, indeed, of creation through earlier stages of the process, if we want). Ownership becomes indisputable.

In the same way as blockchain records where a bitcoin is at any given moment, and who owns it, it can enable us to record the ownership of any asset, physical or intellectual, and trade ownership of that asset.

Following on from clear ownership are contract rights and property rights.  Automated digital “smart” contracts will be able to simultaneously represent ownership of an intellectual property and the conditions that come with that ownership.

Such contracts will be able to automate rules, checking conditions and taking actions with minimal human involvement and cost. Goodbye to lawyers who are too expensive for, and don’t speak the language of, individual creatives.

Smart contracts have the potential to seriously disrupt the legal system and make legal enforcement of copyright affordable for all.

In our vision, all retailers (from Amazon KDP to the local bookstore), wholesalers and trade publishers will continue to pay into this author-owned smart wallet but what will be revolutionary is how blockchain and cryptocurrency together will make it super-easy for readers to make micropayments, for books, yes, but also for a single article, small video or podcast episode.

The wallet can also be more than a payment method. It will also serve as a connective hub for all the people who feed into the making of a book: service providers, like editors and designers, but also the coffee shop where much of the book was written, the retreat centre that provided a getaway, the foundation that provided a grant, the rights buyer who turned it into a film, or print edition; the author’s mentors, writing coach, role models, their local bookshop… and so on.

The blockchain allows authors to become the first calling point and information hub for the work they have created and to credit all who have contributed and collaborated.

In the same way that we can now send cash to somebody through the internet without an intermediary (bank or financial institution) using bitcoin, so the blockchain will enable us to send messages to each other, without trading our data or any of the siren servers “owning”  or having access to what we say.

The blockchain allows us to forward a book, directly from author to reader, without any middle-man, freely or for bitcoin exchange 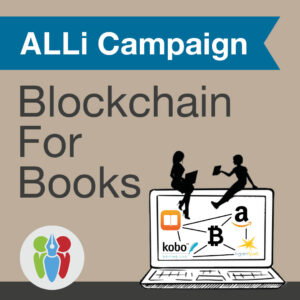 What Is Blockchain For Books?

It is these last two — take out the middle-man and putting authors first in the value chain — that most excite us.

ALLi’s aim, as an indie authors’ association, is to advocate for and lend our support to those who are serious about creating an author-centric financial model for books.

Such a model would maximize the value of the authors’ moral and monetary rights and intellectual property and pay the author first, not last, in the chain. We contend that the money flow should begin with the creator, that the creator should be the entry point of payment.

We believe, that if we get it right, this is what blockchain can help to provide.

ALLi has drawn together a committee of authors, service partners and other interested parties to write a White Paper on the opportunities and challenges inherent in the blockchain.

Our committee is currently doing an analysis of what is possible and we hope to present a White Paper of recommendations for authors later in the year.

Blockchain is not perfect. Some years ago, Clay Shirky wrote an important article about why micropayments are problematic: the “cognitive cost” of deciding whether to make such a payment is worth it or not is too high for consumers and donors. Most would rather make one-off decisions to buy subscriptions or make larger donation than make micro-decisions about micro-payments.

Blockchain technology doesn’t address this but authors and publishers may well find a way around it. The challenge is to make buying a book from an individual creative as easy as downloading a song from iTunes, or an ebook from the Amazon store.

There are also concerns about the security of blockchain platforms, as well as the environmental consequences of ‘mining’ blocks, which consumes gigantic sums of energy.

We feel none of this should diminish our appetite for exploring the possibilities and helping to shape the future. Depending on how it develops, blockchain could go the way of so many technologies now consigned to the dustheap.

It could be used to reinforce the status quo or further embed existing privilege. For now, this is an open moment.

We could just sit back and observe the blockchain and see but by actually advocating for it, we can shape it and we can perhaps help mould how it develops in a way that is advantageous for authors.

I put forward this idea recently on the advanced publishing podcast I do with Joanna Penn each month for ALLi, the Advanced Self-Publishing Salon and was pleased to see it picked up by Mark Williams, who runs the The International Indie Author, a top resource for authors who are interested in getting beyond Amazon KDP to the wider world of publishing opportunities: different countries, different formats, different rights.

Becoming an advocate for the things we believe in as indies is, says Mark, the “mindset we should all embrace if we want to be at, and remain at, the cutting edge as the digital transition unfolds, rather than finding out what’s new from the lucky few and then trying to emulate them after the ship has sailed.”

At ALLi, we believe that’s a good strategy for all creatives and innovators, and their champions, whatever the future holds.

OTHER POSTS IN THIS SERIES ABOUT SELF-PUBISHING 3.0 and BLOCKCHAIN FOR BOOKS 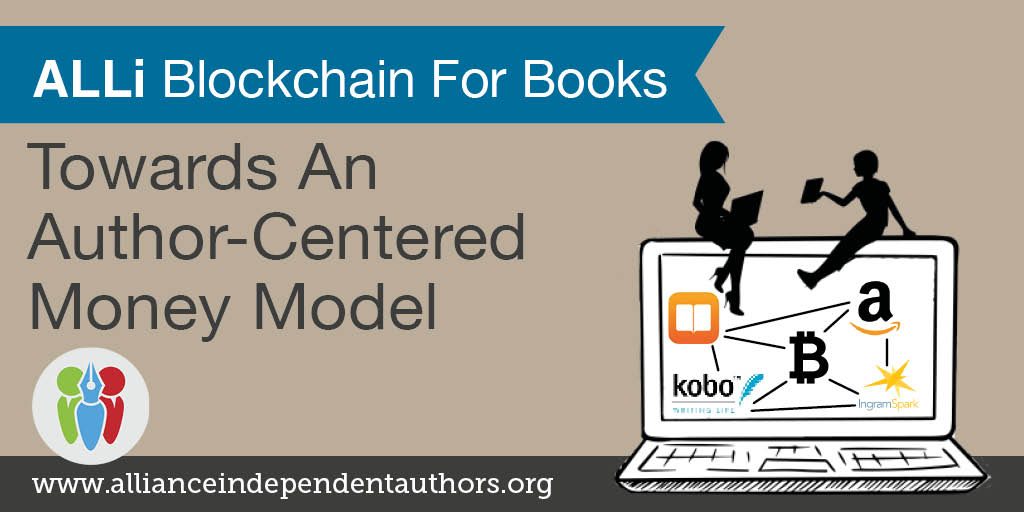