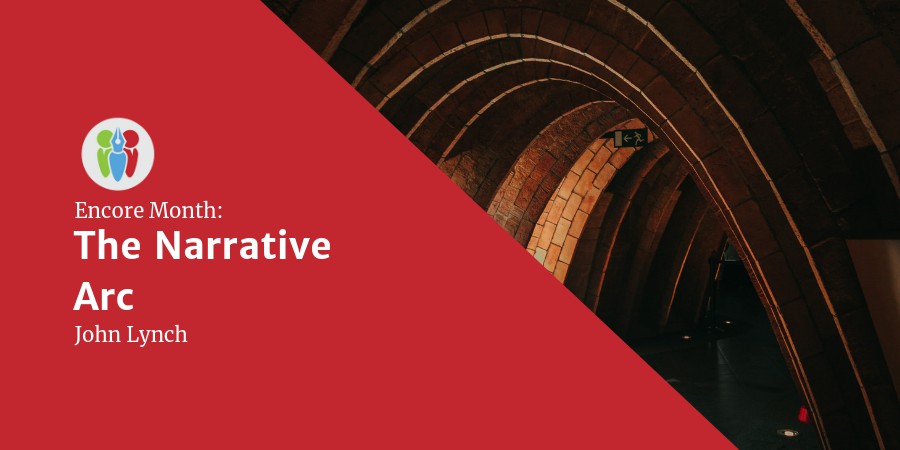 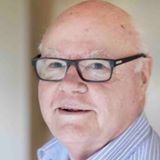 Encore month continues with a classic post from author John Lynch about the Narrative arc. When Irish novelist JJ Toner was interviewed for this How I Do It spot on the blog, one of the three things he stated that he wished he'd known when he started self-publishing was “the three-act structure of a novel”. It seems he set us all thinking about that one, because English novelist and non-fiction John Lynch picked up that thread and ran with it on our members-only Facebook group, asking and then answering his own question about the narrative arc.

When I sold my first story to BBC Radio 4 Morning Story in 1989, the producer said what a perfect narrative arc and of course I gave a “Well, I should hope so” response, but inside I was thinking, “Eh? I wonder how that happened.”

More recently I would have said I had total mastery of the subject, until I was asked to explain it – and failed. The failure was along the lines of, “Well, it isn't JUST like that,” and “What I should probably have added…”

So I've now tried to define it in simple terms for a keen reader who is not a writer.

The Definition of a Narrative Arc 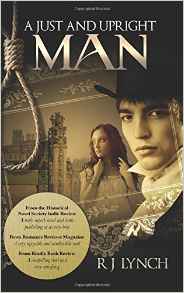 In a short story of, say, 5,000 words, the narrative arc is very simple. It can be summed up in the well-known story idea:

In a story of only 5,000 words, there’s probably only room for one obstacle; in a full-length novel of 90,000 words, there are likely to be several obstacles, increasing in difficulty, until the last one is finally put away and the book ends with what used to be known to writers as an HEA (Happy Ever After) but, in today’s rather more realistic times, has mostly become HFN (Happy For Now).

Not Just for Novels: The Three-Act Play 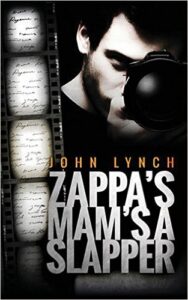 Classic acts in one of John Lynch's contemporary novels too

The narrative arc is not confined to stories and novels; a well-known version covers the three-act play.

Act One sets the scene by introducing the characters and the background. At this point, we learn what the ultimate objective is to be. What is known as an “inciting event” occurs, and that is what starts the story on its journey. The inciting event presages, prefigures, or actually starts a conflict, and the theme of the play will be the working out and settling of that conflict.

In Act Two, the protagonist (the main character) tries to solve the conflict, but it isn’t so easy. (If it were, there would be no story worth following and no play worth watching). A number of obstacles are put in the way of the protagonist, and it is important from the dramatic point of view that at least some of those obstacles have to do with flaws and weaknesses in the protagonist’s personality. (Think of Hamlet’s indecisiveness, or Macbeth’s failure to deal with his wife’s overwhelming ambition. Think also of the way that, when destiny calls, Prince Hal turns his back on Falstaff, and it will become clear why, of these three (Hamlet, Macbeth, and the prince), only the latter is a genuine hero). The obstacles become bigger and, if the play or novel is a good one, the protagonist comes close to being defeated. That is the moment when the protagonist makes a decision (often a moral one) to take us into Act Three.

In that last act, two important things happen: the story reaches its final peak, or climax, and the protagonist undergoes a profound change of some kind. In all the best stories, what makes both the change and the climax possible is an inner strength that the protagonist has found that makes it possible to solve a problem that could not be solved before. Or, of course, the character fails and meets a tragic end, but the change is still accomplished.

OVER TO YOU I'd be grateful to have holes picked in my defintion (by anyone), bearing in mind that this is intended for a keen reader who is not a writer. So comment away!

Writing: What is Concept Revision and How and Why Should You Do It?

Opinion: What is Literary Fiction Anyway?