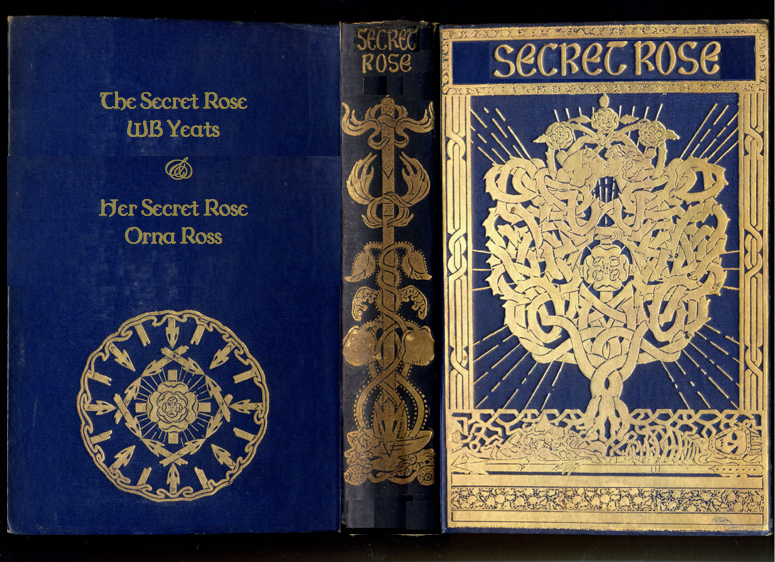 No, Crowdfunding Is Not Begging 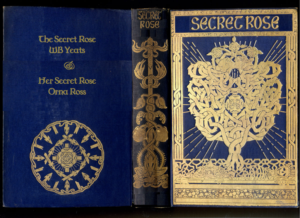 I do understand the mindset of those who are wary of crowdfunding. Before I embarked on my own project, I was a little suspicious too.

But I dearly wanted to create a book that was too expensive to risk upfront investment: to include my novel about the love story behind a book of stories by the great Irish poet, WB Yeats, together with his book — and all in replica of his 1897 first edition.

This meant special paper, special binding, intricate gilt impressed cover (see left) and other lovely details that were beyond the budget of an indie author.

I decided that for this specialist project, I would ask for support from readers and Yeats fans  in advance. If enough people were interested, the book would be made. If not, then I'd have to forego the dream…

What I didn't expect was to find that the crowdfunding experience, in itself, would be so rewarding and thought-provoking.

It has made me think deeply about the gifts of writing and reading, about the power dynamics of giving and receiving, and about how it feels to make ourselves vulnerable by asking for help.

It took me out of the world of consumer exchange into the gift economy of creative exchange.

In every society, a gift economy operates parallel to the consumer economy, though often disrespected and misconstrued by those whose main focus is the bottom line. What differentiates the gift economy is that even when money is involved, it is not the primary objective of the exchange.

Writers and artists have always operated within this economy.

In recent years, skill-sharing, open-source coding, time banks and WikiLeaks are just some of the ways we see the gift economy in action.  And in the publishing space: free book giveaways and crowdfunding.

1. Crowdfunding and The Art of Asking and Receiving. 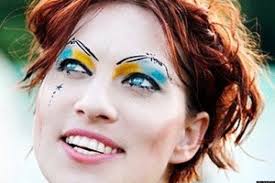 Amanda Palmer: “So many people are afraid to ask for help, and it paralyzes their lives and relationships.”

Like breathing in and out, both giving and receiving are needed to keep creative flow (and money exchange) moving freely.  It would be ridiculous to label inhalation “better” or “worse” than exhalation but in our culture, giving is generally viewed as honorable and praiseworthy, while taking is a bit suspect.

Nobody has explained better than Amanda Palmer how asking for help, and allowing another person to give to us, makes us feel vulnerable. In that vulnerability is the creative and human connection, she explains in The Art of Asking, where she shares with open, almost brutal, honesty how her life has been a willed unfolding of trust in the process of opening up to that vulnerability.

Palmer, a musician, flings herself off stages and into the crowd and trusts that they won’t drop her. She also tours the world asking Twitter for somewhere to crash for the night, showing up alone at people’s homes in the middle of the night.  “Couch surfing and crowd surfing are basically the same thing,” she says in her Ted Talk, well worth watching if you haven't.

2. Crowdfunding and The Art of Offering and Giving

Trade publishing, with fixed pricing and copyright, tries to make readers pay the price it sets for books. Crowdfunding is part of a new wave of that allows readers to pay what they feel the book is worth to them.

When you set up a crowdfunding project, you are asking not for a charge, nor for a donation. You are asking for support.

And in return, you are offering rewards. In the offer, you give people an opportunity to become involved with your project, to get close to the creative enterprise.

Lots of readers experience this not as a cheeky request but as an opportunity.

Even if the project doesn't meet its target, I'm making new friends and learning all sorts of new and wonderful things about Yeats, about his and my readers and, yes, about myself.

I've realised that crowdfunding itself is a creative connection, just as much as the book it will hopefully help to produce. 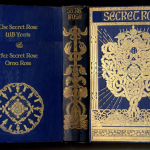 If you'd like to support my campaign to resuscitate the forgotten stories of WB Yeats and make them available in a very special edition, you'll find details over on Pubslush (an ALLi Partner and platform for literary projects).