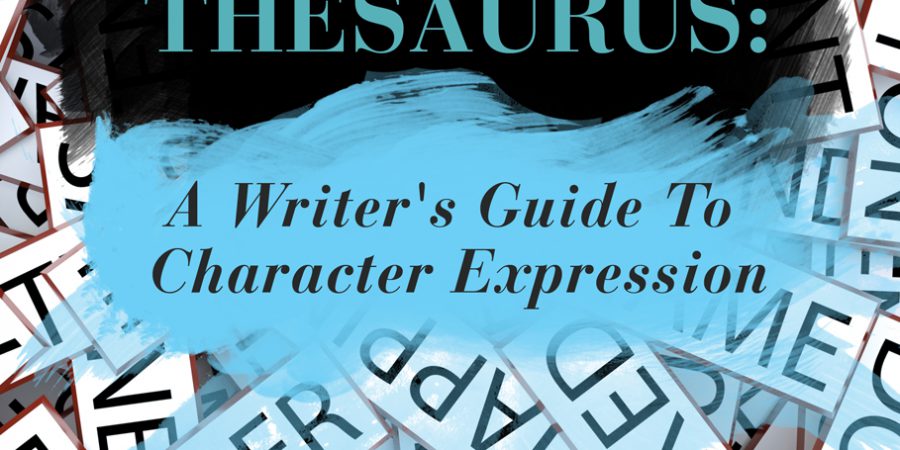 All successful novels, no matter what genre, have one thing in common: emotion, writes Bella Puglisi one half of The Bookshelf Muse blogging duo, and co-author of The Emotion Thesaurus: A Writer’s Guide to Character Expression.

It lies at the core of every character’s decision, action, and word, all of which drive the story. Without emotion, a character’s personal journey is pointless. Stakes cease to exist. The plot line becomes a dry riverbed of meaningless events that no reader will take time to read. Why? Because above all else, readers pick up a book to have an emotional experience. They read to connect with characters who provide entertainment and whose trials may add meaning to their own life journeys.

It is easy to see the power of emotion and how it connects a reader to the story and characters. The difficulty comes in writing it well. Each scene must achieve a balance between showing too little feeling and showing too much. Above all, the emotional description needs to be fresh and engaging. This is a tall order for writers who tend to reuse the same emotional indicators over and over.

This is why Angela and I wrote The Emotion Thesaurus. We were tired of our characters always shifting their feet to show nervousness and narrowing their eyes when angry. And when we started talking with other writers, it became clear that many of them also struggled in this area.

Because clichéd and overused emotional descriptions seem to be a near-universal problem in the writing community, I’d like to address it by sharing an excerpt from The Emotion Thesaurus and giving some ideas on how it can be used to clarify your character’s feelings and freshen up your descriptive writing.
Let’s say you’re working on a scene about sibling rivalry, and you need to express Sam’s frustration over his younger brother’s insistence on paying for lunch. The first draft might go something like this.

I gestured for the bill, felt my face getting hot. “Absolutely not.”
“Too late.” David didn’t even look up. He was already reaching for his money clip.
My hands clenched into fists. He always did this—it’s why I’d made him promise on the phone to let me pay for once. Why did he always have to throw his money in my face? It was so frustrating.

While this passage clearly conveys Sam’s frustration, it’s a clunky read. First off, there’s a lot of telling, which is hardly ever a good idea. Another sign of trouble is when the emotion is named (It was so frustrating) because readers don’t want to be told how Sam feels; they want to feel the frustration along with him. The best way to do this is by giving emotional cues that the reader can relate to.

Unfortunately, the cues used here are fairly weak. The flushed face, the clenching fists—we’ve seen them a million times. To show Sam’s frustration in a way that will really connect with the reader, we need some cues that are fresh and unique to Sam’s character. Enter the The Emotion Thesaurus. Here’s an excerpt from the Frustration entry:

FRUSTRATION – DEFINITION: vexation caused by unresolved problems or unmet needs; the feeling of being hindered

CUES OF ACUTE OR LONG-TERM FRUSTRATION:

MAY ESCALATE TO: Contempt, Anger, Impatience

Looking at this list, I see some cues that could work, but I want to make them specific to my character. I can imagine Sam rubbing the back of his neck, but that gesture is kind of overused, too. Instead, I’ll have him rub his jaw—a stubbly one, to further emphasize the difference between the two brothers. The fact that Sam tried to arrange all of this beforehand also shows that he’s a thinker and a planner. Under Mental Responses, I see a need to rehash information; it seems fitting that he would argue his point, try to remind his brother of their conversation in an effort to change his mind.

I’m going to replace the weak cues from my first draft with some stronger ones from above—cues that are a little more unique to Sam.

I wiped my mouth and gestured for the bill.“Absolutely not.”
“Too late.” David didn’t even look up. He was already reaching for his money clip.
“Hey, we talked about this. You paid the last three times.” My voice sounded pinched, like it was squeezing through a straw. I cleared my throat. “I know I don’t make as much money as you, but I can cover lunch.”
David slipped a gold card into the envelope and waved the server over. “Not a problem. Don’t make a thing out of it.”
I stared at him. “A thing?”
He nodded—him in his pressed suit with every hair shellacked into place. Like he was the reasonable one and I was overreacting.
Sucking in breath, I scrubbed knuckles over my scratchy, unshaved jaw, then dropped them to the table hard enough to rattle the dishes. This whole thing was a set up. Knowing David, he’d picked the time for lunch on purpose, knowing I’d have to come between shifts. Everything was intentional with him, and he always knew how to put me off my game.

It needs more revision, but this scene’s already a big improvement over the original. Sam’s emotional state is clear, most of the telling has been replaced with showing, and the cues are stronger and say something about both Sam’s and David’s character. The added characterization also serves to increase reader empathy and strengthen the reader-character bond, which is always a good idea.

So the next time your scene needs a little more emotional oomph, remember these tips:
1.    Whenever possible, show the emotion instead of naming it outright.
2.    To show emotion, choose physical, internal, and mental responses for your character that are fresh and not overused.
3.    Choose cues that are specific to your character and make sense for him or her.

Thanks so much for hosting me, Orna. Best of luck to all of us! 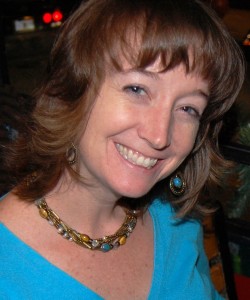 BIO of Becca Puglisi
Becca Puglisi is one half of The Bookshelf Muse blogging duo, and co-author of The Emotion Thesaurus: A Writer’s Guide to Character Expression. Listing the body language, visceral reactions, and thoughts associated with 75 different emotions, this brainstorming guide is a valuable tool for showing, not telling, emotion. The Emotion Thesaurus is available for purchase through Amazon, Barnes & Noble, iTunes, and Smashwords, and the PDF can be purchased directly from her blog.