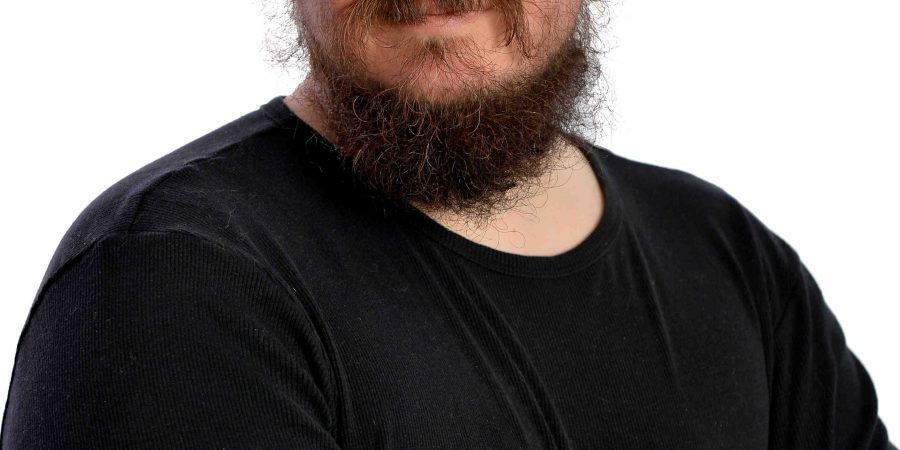 Last Friday was one of those interesting times when my day job and my “real interests” coincided. It doesn’t happen, it has to be said, all that rarely – after all by day I am an administrator at Oxford University’s Faculty of Linguistics, Philology and Phonetics. But I wanted to share this particular event because it’s one of those things that really fires one’s passion for words anew. Linguamania was one of the ongoing partnership events the university has in the setting of the Ashmolean Museum. Mini events deesigned to get people passionate about the wonders of words set against this wonderful backdrop ranged from talks about literary translation to actually translating Harry Potter stories to tours of cuneiform tablets, and the project I was there to help, Language Landscape, a truly fabulous project that uploads recordings of all the languages spoken in locations around the world. I am, of course, absurdly lucky, but there are, as ALLi’s wonderful members so often share, so many ways we can bring our love of words and the worlds they create out into the wider world if we look around us. What has got you excited about words this week?

Amazon and Anti-trust (and other stuff)

Last week, we saw the end of the exclusive Amazon and Apple deal with Audible. This week, pressure from the European Union has led to Amazon committing to drop its Most Favoured Nation (MFN) terms. MFN is the thing Amazon makes its content providers sign up to that means Amazon always gets the lowest price, and has the right to know if others are selling cheaper. There’s a fascinating in-depth piece over at Publishing Perspectives looking at the response to this in Germany. Meanwhile, it looks as though Amazon may soon be doing a deal with Paypal. This would obviously be big news for smoothing the online payment process, but I personally find it very interesting (for which read, potentially concerning) that a purveyor of content whose permissiveness is as broad as Amazon’s is thinking of getting, er, in bed with a checkout system as twitchy about adult content as Paypal. Many of us in the indie world remember the massive spat between authors and Paypal over content on Smashwords. And in what is a febrile environment for free speech, my eyebrows are if not raised then poised in anticipation.

Kobo in South Africa and a New Imprint in India

In other platform news, Kobo continues its global roll-out with news that it is taking over the customers of South Africa’s Exclusive Books. And Amazon’s increasing march into the publishing world, and into India, takes an interesting turn with the appointment of former Harper Collins India Chief Editor Karthika VK to head its Westland Press, focusing on general fiction. Many thanks to Ritesh Kala for the tip.

Ebooks – subscriptions and read in your browser 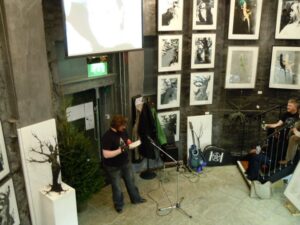 Poets are surprisingly good at finding new ways of getting their books to readers. This was in a gallery inside a castle turret.

We learned a little while ago that Microsoft would be including an ebook shop within their Windows 10 package, but now it transpires that you will be able to read the ebooks you buy there (and, presumably, elsewhere – the compatibility is with epub files) within its Edge browser. As a poet, and also as a writer fascinated by alternative ways of bringing books to readers, I was intrigued by the production of the Carcanet Collection, a subscription service launched by Exact Editions that gives readers access to the full bundle of books from Carcanet (the UK’s leading dedicated poetry publisher). It’s something for us to think about, as individuals or as cooperatives. 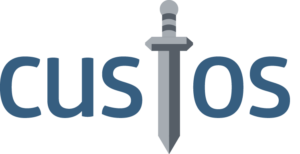 The indie world (and elsewhere) has rapidly become a collective massive fan of the anti-piracy tool Blasty, which finds offenders then zaps their ISPs with takedown notices. A new entrant into that field has been announced in the form of South African company Custos Media Technologies, which seems to have maybe taken the Indieland-as-lawless-frontier metaphor a little too far by portraying itself as an anti-piracy bounty hunter. Custos’ idea is simple – to plant a series of redundant watermarks in books, which can then be traced as unauthorised copies emerge across the web. The redundancy means that pirates and hackers will never know, in theory, whether they have got rid of everything. It’s an idea that appeals.