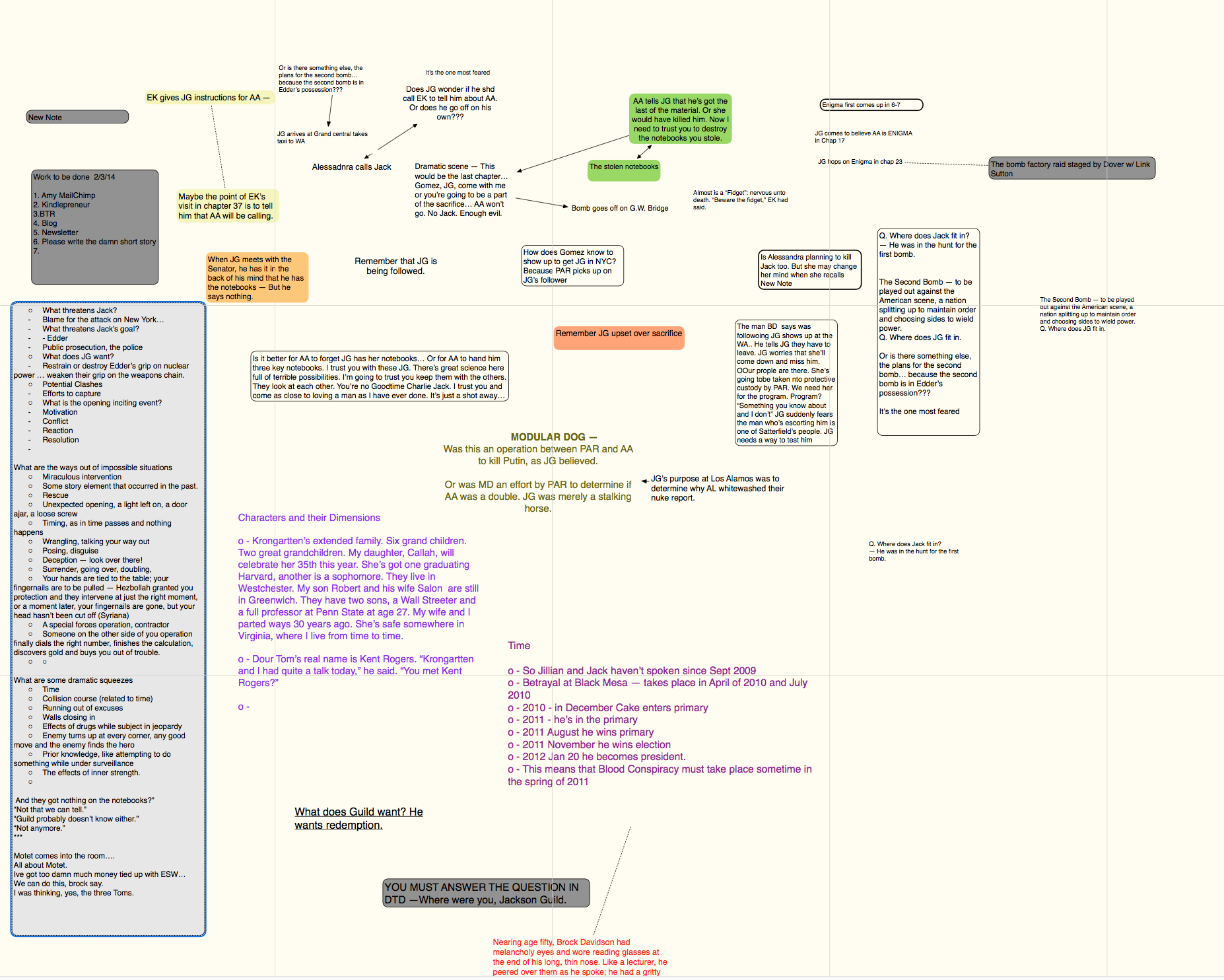 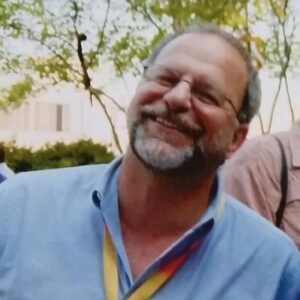 There are many ways for indie authors to plan self-published books, both fiction and non-fiction – from the time-honored index cards spread out on the kitchen table to the high-tech equivalent using Literature and Latte's Scrivener digital corkboard. US novelist and ALLi author member Jeff Shear shares his lightbulb moment of using a third way – mindmapping, using another Literature and Latte product, Scapple. Over to Jeff…

Answering for myself, I have no idea what my thoughts look like. When I try envisioning them, I see a collection of gray laundry, or a wild lawn in need of a mower and rake. A rake, yes, there’s something.

Put aside the metaphor of tall grass. It’s the writerly heap of ideas I haul around that require a rake-like tool for story work. And if you’ve been paying attention to the technical side of the word processing process, that software rake would be obvious to you. It would be Scapple, right?

Scapple is mind mapping software from the beloved creators of Scrivener, Literature and Latte, released April 23, 2013. For the sake of disclosure, when I first opened Scapple in 2014, I found it cute and annoying, like kitty memes.

Apparently, I was not alone. The Literature and Latte forum got prickly over the software two years after its introduction in 2015: “Any hope of some kind of update? New features? Anything?” one user asked. The question drew some fire and defense, but it left the business of Scapple’s value in the de gustibus non est disputandum state.

Five years after beta, Scapple remains pretty much idling in its latest release of version 1.3.1 out in November 2017. The explanation for the slow development of Scapple should be plain. You can do the same thing the software does (faster) with a wide sheet of paper and your three favorite pens.

Its brilliant developer, Keith Blount, says as much in a 2016 interview with the “Medium”:

“Scapple is sort of … a big, virtual piece of paper.”

Is that the rub? If mind mapping turns out to be a matter of deciding on key strokes and color schemes, why bother with software? It certainly doesn’t require a computer that can solve the orbit transfers and interplanetary trajectories of billion-dollar space probes to create thought bubbles.

My Lightbulb Moment with Scapple

Or so I thought. Last week, it hit me. There’s a deeper purpose to Scapple than I’ve seen advertised, and it looks something like this: 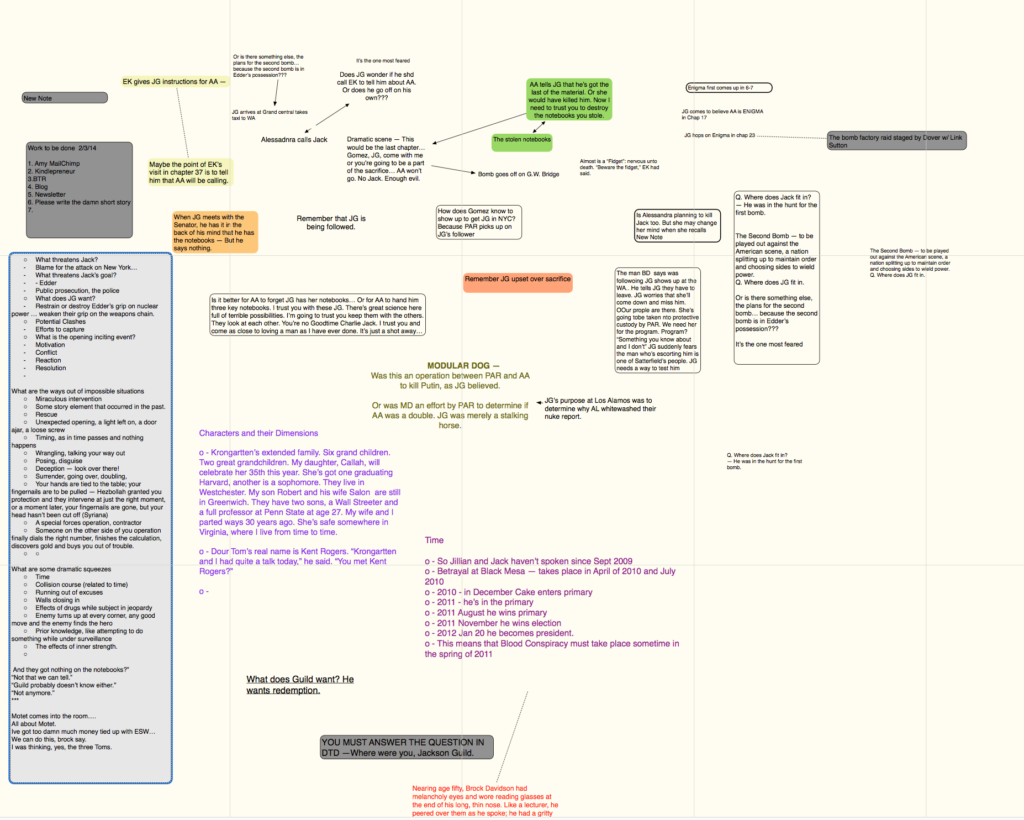 I should explain. I write a series of novels, and I’ve been struggling with book four. Until now, my series has been written in the first person. The new book is narrated the third person. The change has been more fun than difficult, but finding the thread to bind my story arc through book four, while keeping each book a separate readable tale, has flummoxed me. The constant decisions and revisions which each moment I revised grew impossible, so I called on the cute-kitties meme for rescue.

Imagine a quirk turning into a revelation. Scapple happens to be one of those programs that will reopen where you last left off, assuming you did not close its window when you quit.

So, when I invoked Scapple for the first time in a long while, the effect was like dropping back three fingers of Jameson, neat. (No offense intended to drinkers of Bushmills.)

There it was, inscribed on a roadmap written in Scapple: the real purpose for this soft-powered software for writers: continuity.

What I saw when I reopened the program was the cumulative file I’d inadvertently developed over the years. While not exactly the Dead Sea Scrolls, scrolling up and down Blount’s “big, virtual piece of paper,” I found myself visiting and revisiting the thought processes I engaged in as I developed my alt-espionage series.

Here were the character sketches, the timelines, the locations, the conflicts, the inciting incidents, many of which I’d forgotten.

Literally, it was as if I had found Chekhov’s complete unfired armory in chapter after chapter. And that allowed me to load up for book four.

I could not think of a better recommendation for what at first seemed to me to be a superfluous software program: Scapple is actually an illustrative database freed from the tyranny of cells and the limitations of sheets. Forget your three favorite pens and grab your mouse.

Having realized Scapple’s greatest virtue, at least for me, I went back over all my old Moleskines, and each time I came to some point worth noting, I typed it into my original Scapple file, and the software swallowed all those great ideas I’d forgotten and incorporated them into a single virtual piece of pixeled paper. A sheet of paper on which I could draw or undraw connections when the time or situation arrived.

I just wish someone at Literature and Latte had told me that in 2013.

OVER TO YOU What's your preferred planning method for your books? Have you tried Scapple? Do you use Scrivener's planning features? Feel free to share your experience and top tips via our comments box!

#Writers - have you tried @ScappleApp's mindmapping system for planning the #writing of your books? this case study shows why @Jeff_Shear recommends it - and how to get a free trial download! Click To Tweet

Writing: How to Choose and Use Editors for Your Self-published Books

Former journalist and TV scriptwriter, Jeff Shear is the author of the Jackson Guild thriller series. For more information about his work, visit his website: www.jeffshearbooks.com.