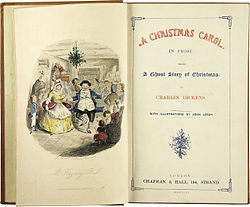 One of the great things about the winter holiday season is that unless you are working in retail or the emergency services, it can feel as if the whole world is standing still. No matter how busy your social calendar, time off from the day job, if you have one, can be used as bonus writing time, beyond your usual schedule.

Or it can be a great time to put down your pen and allow your creative brain to lie fallow and recharge, ready to get off to a flying start when you unleash it in the New Year.

Which approach do you prefer? We asked this question just before the holidays on our members’ private Facebook forum (one of the many benefits of ALLi membership). Here’s a representative sample of the feedback:

“I want to take a break, even from my newsletter. Copyediting is done, layout will be done early Jan, so I will have a couple of good weeks off from any kind of writing or editing of any kind.”

“I suspect it’ll be a mix of keeping it ticking over, sneaking in the odd burst, and having a break. Some stuff HAS to be done, though.”

“I will have time off over the holiday weekends (Christmas and New Years) as there are family commitments to fulfil, but I will have time to think and plan. There will be extra time for writing on the days I’m at work between the two holidays though as there will be few people in the office to disturb me.”

“I see it as a four-day weekend to write until my fingers drop off. Inspiration, don’t let me down now.”

“I give myself two days of not working. Maybe. One at least…”

“I love what I do too much to take a break!”

“Just a minute. When I’ve finished this chapter I’ll answer…”

My Own Holiday Writing Intentions

Personally, I like to take time off to lie fallow (I’ve blogged about that notion on my own blog here), and I’d planned to take a fortnight off work to coincide with my daughter’s school holidays. However, as often happens when I’ve planned not to be writing, I’ve been finding myself suddenly seized by short story ideas, particularly first thing in the morning, when there’s been no opportunity for anything else to invade or divert my conscious thought.

Hence, the first three mornings of the holidays, I’ve sat in bed and wrote a new short story draft before breakfast. (The flu that robbed me of the first half of December may also have triggered a post-fallow surge.) When the ideas leap out like that, writing truly feels like a bit of festive magic. The editing – lots of editing – will come later. But for now, I’m content.

Happy holiday writing, everyone – or not, whatever you prefer!

To #write or not to write during the holiday season? @DebbieYoungBN considers the options #amwriting Click To Tweet
Christmasholiday seasonwriting