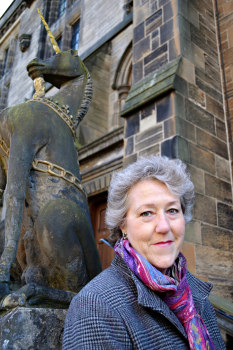 Launching Cauldstane, her seventh novel, has a special significance for Linda Gillard, because the book embodies her response to her diagnosis of cancer and marks her “return to self” as she emerges from the aftermath of treatment. This is an inspiring post about an indomitable creative spirit empowered by writing and self-publishing in the face of adversity.

Linda on location in Scotland, soaking up inspiration for her seventh novel Cauldstane

Being dumped by my publisher didn’t stop me writing. Nor did five house moves in five years. Cancer did. But only for nine months.

I’ve just published my seventh novel, Cauldstane. It’s my artistic response to the experience of breast cancer in 2012, but the book isn’t about cancer. It’s a contemporary gothic novel about an old Highland family haunted by an ancient curse and a much more recent ghost. My tag line is, “If you live in fear, you fear to live”. That’s what the book is about: living in fear. (Well, they say, “Write what you know.”)

The Impact of Cancer

I was editing my sixth novel when my world fell apart, followed shortly by my body. I went from diagnosis to mastectomy in less than three weeks. I had a very bad time with chemotherapy which, as I write, has left me semi-disabled. For more than a year now I’ve suffered badly from peripheral neuropathy – pain in my feet and fingers caused by chemo-damaged nerves. I can’t walk or stand for long and for months I had to use a wheelchair for excursions. I now walk with a stick. It’s rare for this kind of damage to be permanent, but it could be. 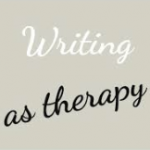 I began writing Cauldstane on New Year’s Eve, nine months after my diagnosis, just a few weeks after radiotherapy ended. I could type, but it hurt my damaged fingers. Thinking coherently was still a challenge, but working on a new novel gave me a sense of my old self and the nature of the story gave me a channel for examining and expressing my fears, albeit indirectly.

After I was diagnosed, I decided to go public on my Facebook author page. My health updates were honest and often darkly humorous and some people suggested I should write a book or a blog about my experiences. I wasn’t interested. It was bad enough living my life. Why would I want to write about it? Nevertheless, my experience had been so physically and emotionally traumatic, I knew I had to find a way to assimilate and conquer it. But it would have to be fiction – not least because I needed my story to have a happy ending. So I decided to write an allegorical novel, about my experience, but not describing it.

The Embodiment of Fear 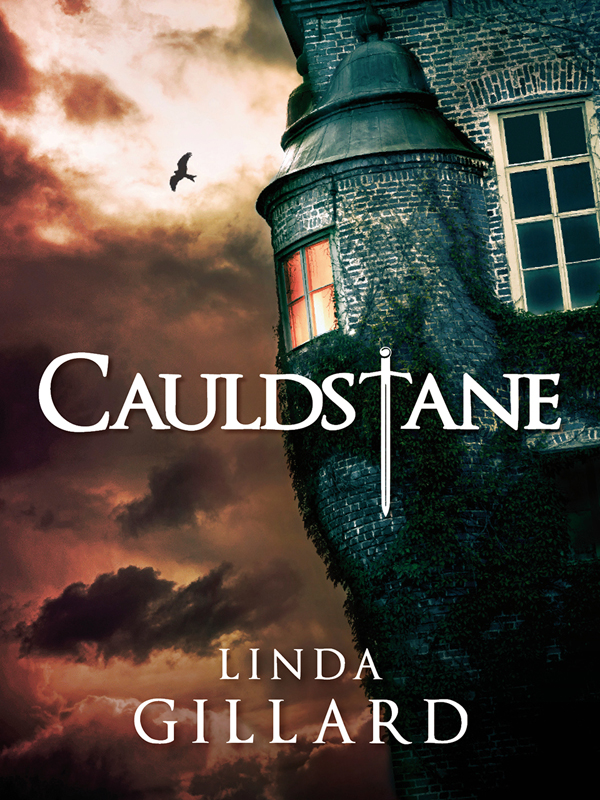 You don’t need to know any of this to enjoy Cauldstane, which is a rattling yarn. Cauldstane is a decaying 16th century castle in the Highlands, a money pit, home of the asset-rich, cash-poor MacNabs for generations. In the 21st century they’re finding it hard to hold on. The family is divided as to whether they should sell up or try to use the castle and estate as the basis of a business. Cauldstane is blessed with quirky architecture, red kites and a riverside location, but there’s also an ancient MacNab curse and a malevolent ghost who poisons lives and relationships and wants to drive the family out. The MacNabs’ real affliction is fear, which acts like a kind of wasting disease, affecting each of them in different ways. (No prizes for guessing that my psychopathic ghost is how I personified cancer.)

I make no apologies for the resoundingly happy end of Cauldstane. When you’ve been treated for breast cancer, there is no happy end, just a fervent hope it will never recur. Cancer survivors put on a positive face for their families, friends and the media, but we live with fear as our constant companion. So it was important to me that good should triumph over evil, that fear should be vanquished, that the characters should go forward and live their lives to the full, just in case I don’t.

Cancer was a dark and terrifying place I hope I’ll never re-visit, but there were some positives. One of them was discovering that when I was bald and unable to walk, when the inside of my mouth was peeling away, what really mattered to me – still – was books: reading them and writing them. (Thank God for Kindles, because I was too weak to hold a book or turn pages.) Cancer taught me another important thing about myself. It would appear nothing is going to stop me telling stories. Well, not for long.

Cauldstane is now available as an e-book, with a paperback to follow shortly.

Find out more about Cauldstane on Linda’s author website here, which includes links to online retailers