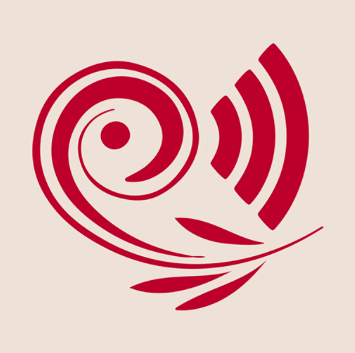 Once a month Orna Ross’s Go Creative! Show focuses on Creative Writing, and in this week's episode Orna and Grant Faulkner, Executive Director of NaNoWriMo, talked about the approach of Don’t Think, Just Do to achieve your writing goals.

In the previous Creative Writing broadcast, Orna and Dan Blank discussed setting Good Creative Habits. One annual creative habit you may already be knee-deep in is NaNoWriMo. Every November, hundreds of thousands of fiction authors come out of their solitary writing caves to collaborate in this annual writing event in an effort to churn out 50,000 words in 30 days.

It sounds like an impossible task, but if you shed off your fear of failure and ignore those little voices of doubt in your head you can embrace the challenge – and just write.

In this podcast, Grant shared a little bit about the history of NaNo with Orna. Time and tide have changed but we really haven’t moved too far away from our cave paintings days where our ancestors used story telling to make sense of the world around them, and share their experiences to connect with others.

When you think about it, cave paintings were one of the earliest forms of self-pubishing, and today indie authors are still creating tales in an effort to connect with their audience. Only now we're using technology and motivation like NaNoWriMo to create our first draft.

I read this interesting statistic the other day. I think it was 75% of scientists became scientists because of the science fiction they read while growing up. So that’s just an example of how reading fiction, something that you think is for entertainment,  opens up the world in fascinating ways. And then you explore the world and you think about it differently. Grant

The very premise of NaNo's existence is that everyone has a story to tell and that everyone’s story matters. People use NaNoWriMo for support and motivation to help them reach their writing goals, and even if you don’t have any immediate plans to publish your novel, spending 30 days to write the framework of a novel is a great creative release.

I’ve  participated in NaNoWriMo twice before, and although I haven’t hit the 50k mark during either November, I’ve created two rough drafts just waiting to be crafted into finished books (at some point in the future).

I’m not partaking this year, as I already participated in CampNaNo in July.  During this virtual camp, I set up a preorder in Amazon to help me achieve my publishing goals, and used Camp NaNo to help me write a short book that I could use as a mailing list giveaway. I found that this combo of Amazon Preorder+NaNoWriMo was just the motivation I needed to just get it done.

It's not to late to join the NaNo Party

If you haven’t signed up to participate in November's NaNoWriMo yet it’s not too late. You can make a smaller commitment for your first year. You have half a month left so why don’t you commit to writing 25k words?

It’s fine to set yourself smaller targets. The key to your writing success is to just get it done.

Don’t obsess about what you’ll do with the draft on November 30th, just start with baby steps and get some words on the page.

The theme that really jumps out at me when I think about NaNo and it’s a guiding principle that I hold very dear … with NaNo, what you do is you don’t think too much, you just write. You take the action. Orna

That is the catalyst behind Orna's Creative Writing show this week; Don't Think, Just Do. Even if you don't write, you can still use this philosophy to access your create state. Take whatever action takes you in the direction of your creation intention.

How ALLi Members use NaNoWriMo

Many of our ALLi members use NaNoWriMo to structure their indie author business and build their writing plan around the main NaNoWriMo event in November. They also have Camp NaNoWriMo in April and July, which is a more casual version of NaNoWriMo and that’s when Grant usually re-visits his draft novel and revises it in a 30 days format.

I wrote a novel, now what?

The NaNoWriMo team don't just leave you hanging in November. In January and February they start their “I wrote a novel, now what?” cycle, which helps indie authors revise and take their novel to the next step.

Orna wrote a series of four guest posts for NaNoWriMo during this year's Now What? stage, and these are a great introduction to the different self-publishing stages:

Click here for a full transcript of this Broadcast