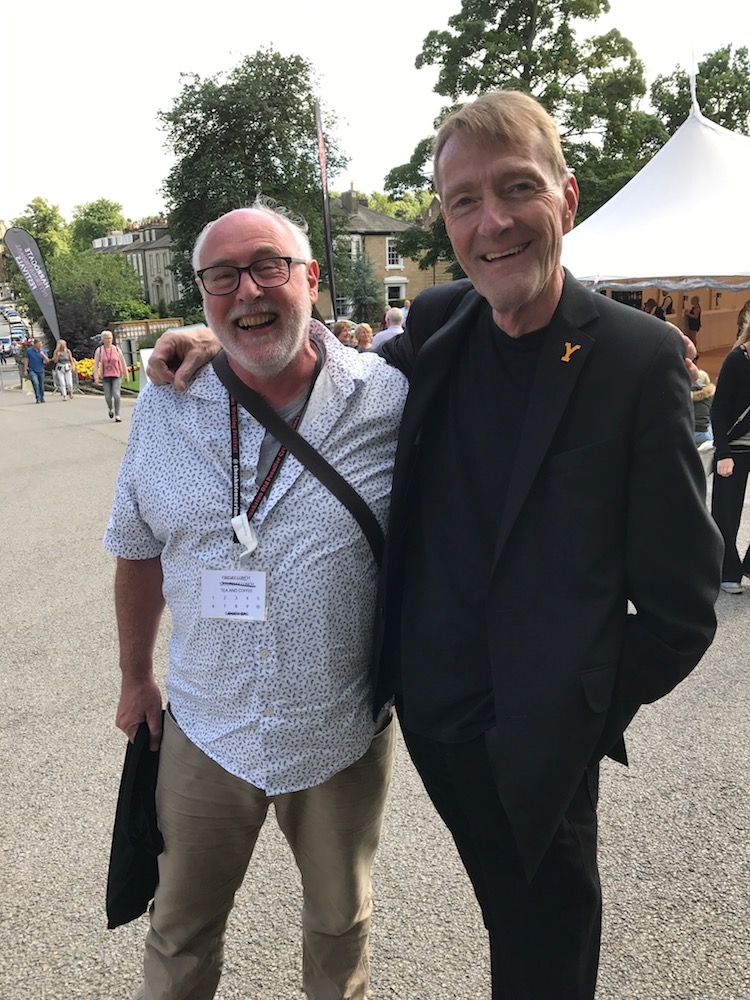 Why Writing Festivals are worthwhile

I will admit to being a bit of a writing festival tart. I love the atmosphere, the buzz, and the people. I still vividly recall my first in Harrogate. I came home wide-eyed and told my wife, “You know when we go out to dinner and people ask what I do, and when I say I write their eyes slide away looking for someone more interesting? Well – Harrogate wasn’t like that. Not like that at all!” And although Harrogate was my first, my heart belongs to another city.

This year Bristol Crimefest celebrated its tenth anniversary with a stellar cast of speakers including Lee Child, Jeffrey Deaver, Simon Brett, Charlie Higson and a group of fantastic and entertaining Indie Authors. I’ll come back to who, what and when in a moment, but first I want to explain why I’ve attended the last five Crimefest events as an Indie author, and why I intend to continue to do so.

First and foremost – it’s fun! One hundred and forty-seven authors participated in the event, contributing to 59 panels. Five hundred and ten delegates attended.

During my first year I knew hardly anyone, and it felt strange and a bit overwhelming. This year I was greeted by scores of authors and delegates as an old friend. And in entering that magical world for over four days the time just slips away and it is like we have never left it. 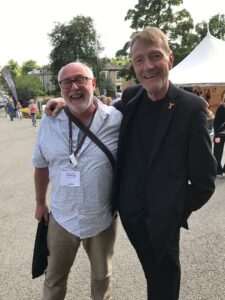 The author and Lee Child

Another reason to go is to network. There is none of the “us and them” attitude you might encounter at the Cheltenham Literary Festival. Everyone mingles with everyone else. Big names sit next to avid readers or writers who are penning their first effort. And everyone, every single person, loves books. That is the primary reason we are all there. Networking is a strange magic that needs to be worked at, but gradually your face sticks and you become familiar to most attendees. It does not do much for your sales figures, but what it does do is forge the contacts that might just bear fruit somewhere down the line.

I am fortunate in having the privilege of selecting who will take part in what is always one of the best attended, and certainly one of the most enthusiastic panels. At 9:30 Sunday morning, the final day of the conference, the Indie Alternative panel takes place.

Initially this was organised by Joanna Penn, who still attends Crimefest most years, before she passed responsibility over to me four years ago.

Indie authors – and it is strictly Indie, despite some Traditional authors trying to sneak into a place when they haven’t been offered another panel, or even as well as.

Each year, in January and February, I pore through the list of applicants and select four individuals to appear on the Indie Alternative panel. I am not going to explain the selection criteria because it is a closely guarded secret, other than you must have had a book released in the previous year and you agree to purchase a Weekend Pass for Crimefest. And, once an author has appeared on the panel they cannot appear a second time, however big a name they might become.

This year we had one of the best panels ever with a wonderful group of speakers, almost all of them members of ALLi. Zoe Sharp moderates, and has done so for the entire time I have been selecting the panel. She used to scare me. Now she doesn’t. But her characters do.

As the years pass it is fascinating to see how Indies are become increasingly accepted amongst the attending writers, from those who are just starting out to those who spent weeks at number one on the Amazon and Sunday Times best seller lists. We are all writers, and everyone is accepted. 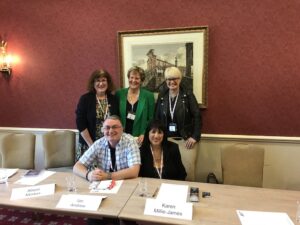 The Indie Alternative panel in the book signing room

At breakfast on Sunday Lee Child came and sat next to me. It’s that kind of place, with that kind of atmosphere. And afterwards I sauntered upstairs to be entertained by Zoe Sharp, Alison Morton, Debbie Young, Karen Millie James, and Ian Andrew who had flown in from Australia just to attend.

So if you have never attended a writing festival, be it Crime, History, Science-Fiction, Romance, whatever your genre I can only encourage you to give it a try. You might like it. Or even love it, like me, and find yourself returning year after year.