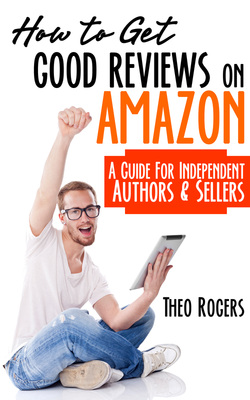 Why Indie Authors Need to Understand the Subculture of Amazon Reviewers

ALLi blog editor Debbie Young pitches into the online review debate and introduces a self-published author who has spent five years exploring the Amazon review subculture from within. 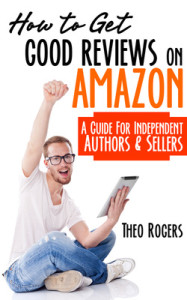 Telling it how it is

Like any indie author, a great review makes my day and a duff one deflates me in a flash. Knowing how good a review can make me feel, I try to post reviews, on Amazon UK at least,  of every book I read. A natural optimist, I concentrate on a book's good points and no more than hint at the bad. If the flaws in a book outweigh the fabulous, I don't review it.

I don't just review books to be kind to authors: I do it because examining other authors' work will ultimately make me a better writer.  Perversely, the sockpuppet scandal made me all the more determined to have my say.

As to my own work, I'm not shy of asking for reviews from people I know in person. What I don't have the nerve to do is to seek the opinions of Amazon's “top reviewers” – though I've heard of many authors who do, in a quest to boost their own discoverability.

My Pollyanna nature compels me to assume that most of these top reviewers will be benign, helpful readers with a genuine love of books – but how can we know which ones?  And even if we muster up our courage to make an approach, how do we keep on the right side of them? Oh, those sockpuppets haunt us still!

How to Get to Grips with Top Reviewers

I was therefore very interested to hear about a new book that promised to reveal the mysteries behind the faceless “top reviewers” and explain “the Amazon reviewers' subculture”. There's a subculture? Gosh! Who knew? Apparently there are reviewers' forums on which reviewers talk amongst themselves about the authors who await their verdict. It's a scary thought. 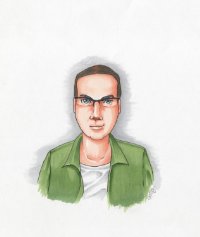 Putting a face on the Amazon top reviewer: Theo Rogers

When the book's author, Theo Rogers, first offered me a free review copy, I was loathe to accept, brainwashed into distrusting someone who introduced himself as an Amazon reviewer. Like a CAPTCHA quiz, I checked whether he was really human with a barrage of personal questions. His courteous, considered answer was a pleasant surprise.

Theo Rogers turned out to be an affable Masters degree student who has spent much of the last seven years in bed with chronic fatigue syndrome. Like James Stewart's character in the classic Hitchcock film, Rear Window, he's spent much of that time people-watching, via the internet, on Amazon.

“I've spent literally thousands of hours talking to other Amazon reviewers, and I've spotted truly spectacular disasters that indie authors and other would-be sellers created for themselves by saying and doing all the wrong things!” he told me.

“The single biggest thing that most of your members probably aren't aware of is that there's a definite reviewer subculture on Amazon. [Er, guilty!] It has its own very definite ideas about what is and is not acceptable behaviour, especially on the part of authors. For the most part, that's what my book is all about: teaching authors how to approach Amazon reviewers in a way that the reviewers themselves will consider appropriate, and which will result in positive rather than negative attention.

“As with most subcultures, the insiders tend to believe that their codes of behaviour are obvious, natural, and just common sense. By contrast, the outsiders (especially those who have run foul of the subculture) tend to see them as a wholly arbitrary set of standards that amount to little more than a pretext for bullying. The truth is somewhere in the middle. Once you've watched how things unfold for a while, the rules do make sense. But they are a step beyond just common sense. And strangers to this strange land aren't going to be able to just intuit them.”

This all made sense to me. And then I discovered another winning nugget of personal information about Theo Rogers: he is self-published. And he's no one-book wonder, either. When his health is restored and he's finished his degree, he plans to publish more books, both non-fiction (already written) and novels (still in his head). So he's really just one of us: a self-published author on a mission to get great reviews. In fact, I'm rather hoping he'll decide to join ALLi. I think we'd rather get along.

This isn't the right place to post my review of Theo's book. If you want my opinion, you'll find it on Amazon UK easily enough. (I just can't stop myself from writing book reviews – I'm Amazon UK reviewer number 2,919, I'll have you know!) All I want to do is to offer up the heartening discovery that there IS more method than what sometimes seems like sheer madness in the world of Amazon reviews. You can find out more about the Amazon reviewer subculture by infiltrating it yourself, if you like, or you might just decide to read Theo's' book. After you've checked out its reviews on Amazon, of course…