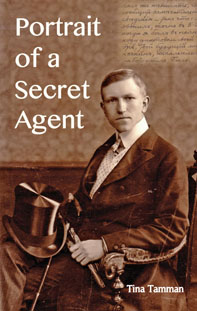 Why I Write What I Write 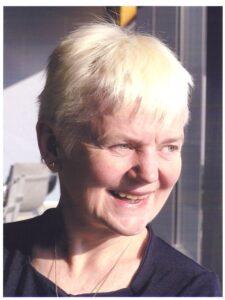 Estonian author Tina Tamman describes how her BBC career inspired her to write and ultimately self-publish biographies of key players associated with her native country.

I have published two biographies over the past four years and I am working on a third one. Not that I ever wanted to become a biographer or imagined becoming one. It just happened when I stopped working for the BBC.

When I joined BBC Monitoring in 1986, I underwent a rigorous one-to-one training process that lasted several months. I was taught to pay attention to fine detail. My job was to listen to radio broadcasts in Estonian and Russian. The focus was on selection and translation, and I had a lot to learn. Those were altogether exciting times. Estonia, the country of my birth, was working its way towards freedom. Independence came in 1991, and a few months later the Soviet Union ceased to exist.

After 20 years of monitoring, however, my job also ended. Estonia had joined the European Union and Nato and was generally seen as doing very well. Monitoring was no longer necessary and I found myself at a loose end. What was I going to do next? The answer seemed obvious: nobody had researched the life and work of August Torma, the Estonian ambassador stranded in London in 1940 when the Soviets overran his country. Who but me was going to do it? Undaunted by the research required, I was very much excited by the prospect. In the street I ran into a Monitoring friend whom I had not seen for a while. She asked me what I was doing and I told her enthusiastically that I had found this good-looking but elusive diplomat, only to be stopped by my husband who quickly put in, for clarity’s sake: “But he is dead.”

How My Career Informed My Research 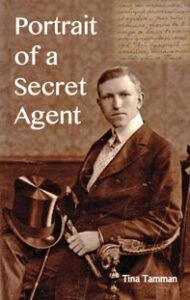 Research into Torma took a couple of years and I had occasion to thank Monitoring: it had prepared me well by teaching me all I needed about self-motivation and self-discipline. Having worked on my own for most of the 20 years, I was able to structure my life around archival visits (and my husband). Structure was also needed for the final product, The Last Ambassador: August Torma, Soldier, Diplomat, Spy, the biography I published in 2011.

Writing biography is not that dissimilar from writing fiction. In both genres one is telling a story, and the key question is how. For the biography of Brian Giffey, my next subject, new kind of planning was required. He was a British intelligence officer whom Torma had known. That was my lead, but for a long time I had very little information about Giffey. When at last I found his personal papers, a new difficulty emerged: how to deal with his Estonian wife Anni? I ended up including much more about her than initially intended, and I think the final result is a satisfying love story. Selection, however, was difficult, particularly when it came to the couple’s love letters. Also, some amusing stories Brian told Anni, so dear to my heart, just had to go. They needed much more context than the scope of the book would allow.

I would liken research to detective work – it is certainly as absorbing. Exhilaration is supreme (and frustration devastating). I have grown to love archives and old documents. They have allowed me to piece together August Torma’s life (earning me a PhD in the process) and the travels of Brian and Anni Giffey. The only regret I have is that I did not have the courage to self-publish The Last Ambassador. Having put myself in the hands of an academic publisher, I cannot discount his exorbitant price. Self-publishing the Portrait has given me freedom. I like that.

What inspires and informs your writing? Feel free to share your own story via the comment box – or if you're an ALLi member and would like to write a guest post on the subject, please get in touch with Debbie Young, blog editor!

Tina Tamman was born and raised in Estonia when it was still part of the Soviet Union. She came to London at the age of 26 and worked for the BBC. She has written novels in Estonian as well as biographies in English. She is also editor of Lennuk, the British Estonian Association magazine. Find out more about Tina at her website: www.tinatamman.com