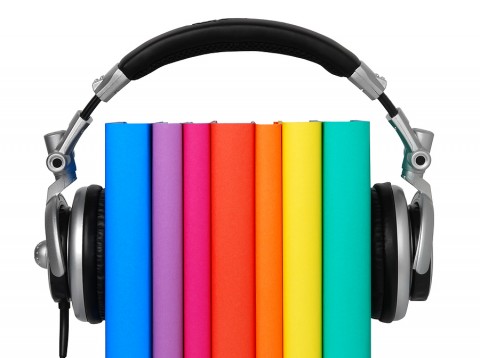 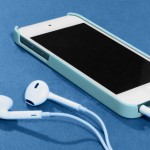 Most indie authors start their self-publishing careers with ebooks and paperbacks, but the growth in audio makes a compelling argument for expanding their range into audiobooks (abooks). If you haven't yet made the leap, the following extract from our guidebook, How Authors Sell Publishing Rights, could sway you in the right direction.

In the past, abooks were an unappealing investment for trade-publishers and indie authors. Production, storage, and shipping costs of creating tapes and CDs were high, and often books had to be abridged to fit within a tape/CD limit. Publishers looked down on the level of clientele who purchased abooks. Some of these attitudes still prevail. According to The Bookseller, only 7% of books have a correspondeing abook.

Today, sales of abooks are growing faster than any other format.

As digital downloads and subscription models have brought down production costs and retail prices, more people are listening to books while they drive, exercise or simply relax. Listeners don't have to stop, as the advent of technology like Kindle's Whispersync enables readers to switch between abooks and ebooks without losing their place. New technology has also made the cost of producing an abook manageable for indie authors because everything is handling digitally. Authors and narrators often work together on a royalty-splitting basis, lowering the upfront cost to the writer.

In other works, every author should consider jumping into this market.

What Books Work Best as Audiobooks?

Fiction captures 77% of the market, and adult titles outsell children's titles by almost nine to one. Most listeners (63%) buy abooks based on the genre of the book. Mysteries, thrillers, and suspense are the most popular followed by historical, biography, memoir, and general pop fiction (APA 2015 consumer survey). Most listeners prefer non-abridged versions.

Determine Whether You Still Control Your Audio Rights

If you have  licensed your print and ebooks to a major publisher, you should check your contract to determine whether you granted the publisher audio rights. If you have granted your audio rights, then talk to your publisher about whether they intend to create an abook.

Trade-publishers have been slow to adopt abooks and many still sit on audio rights they are not using.

In 2014, Futurebook found that while 90% of trade publishers sell ebooks, only 40% sell abooks. If your trade-publisher is not utilizing its audio rights, then talk to them about releasing those rights back to you.

Some trade publishers, however, are entering the audio realm by starting their own audio imprints, such as Penguin Random House. Baker & Taylor started Acoustik, which is also available for libraries but does not have a large catalogue, and according to Kirkus is “far from perfect”. Hachette has an audio imprint but chooses to produce only the most commercial of its own backlist. 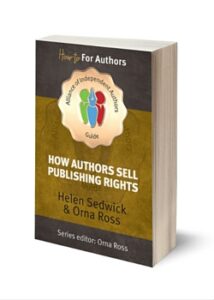 Available in paperback and ebook – with free download for ALLi members

Simon & Schuster has S&S Audio, but it is overwhelmingly its own backlist. If, as an indie author, your ebook does well gets picked up by a trade publisher, then there would be a chance that the publisher would produce an abook too, but it's quite unlikely that you will get a direct deal for an abook.

Because trade publishers have been slow to adopt abooks, they have left open an opportunity for indie authors to fill the void. Ready to give it a try?

For more information about your options, refer to the chapter “Audiobook Rights” in the third in ALLi's Successful Self-publishing Guidebook, How Authors Sell Publishing Rights, by Orna Ross and Helen Sedwick, as well as the related posts on this blog listed below.

Audiobook Production: How to Choose a Narrator for your Self-published Audiobook