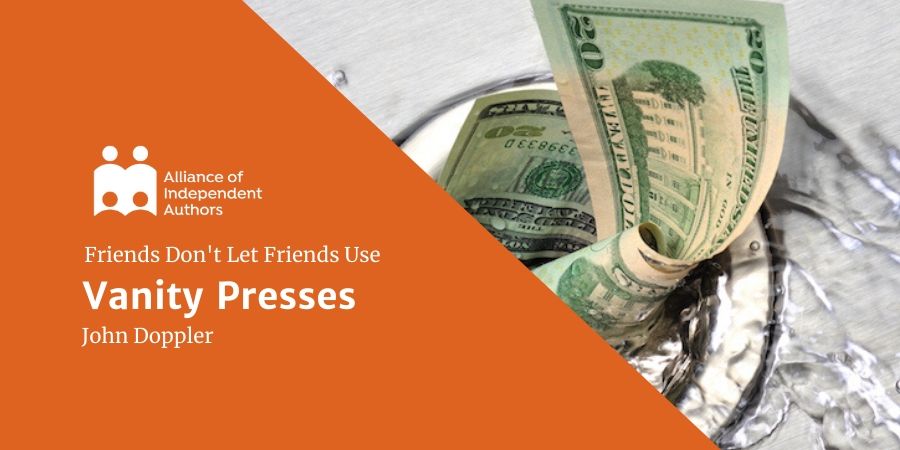 Many of us have firsthand experience with an exploitative vanity press, so when we see a friend falling prey to that same seductive sales pitch, it's especially heartbreaking.

Vanity presses are frequently substandard publishers and incompetent marketers — but they are masters of manipulation. They have honed the art of the sales pitch to a fine edge, and they know exactly what buttons to push to appeal to a novice author's hopes and insecurities. The end goal is not to sell books to readers, but to sell overpriced services to authors.

So how do you explain the reality to an author who desperately wants to believe the sales pitch? Negative reviews and watchdog ratings can only go so far to dissuade someone from stepping off that cliff. But there's an easy way to demonstrate that a vanity press is a poor deal for the author: show them the results.

I've examined some of the worst offenders in that shadowy corner of the publishing industry. For each, I've gathered a random sampling of twenty titles on Amazon. To be included in the analysis, a book must be currently available in paperback, and in print for a minimum of six months. By finding the median number of reviews and the sales ranks for those books, we get a snapshot of how the typical vanity press publication performs in the real world.

The results were shocking.

Sales rank is Amazon's measure of how well a book is performing compared to other titles. The larger the sales rank number, the worse it is performing. How do vanity presses stack up?

The table below shows the median sales rank for these companies. But pay close attention to the N/A column. That's the percentage of books whose sales were so bad, Amazon was unable to calculate a sales rank for them.

Of the books I surveyed, nearly half of the ones published by Pegasus Elliott Mackenzie or Austin Macauley last year have no meaningful sales. One third of Xlibris titles are dead in the water. One in five from Christian Faith Publishing fail to generate sales.

To get a basis for comparison, I ran the numbers for two popular independent publishers, one using a traditional publishing model, and the other a hybrid publishing model. Both scored three times higher than the “best” vanity press above. And, more significantly, not one of the books examined lacked a viable sales rank.

I chose to focus on the quantity of reviews rather than the scores. We're not concerned here with the quality of the writing, but rather, how many people are purchasing these books and reviewing them. The number of reviews is an imperfect metric at best, but it can spotlight some obvious failures in the publishing process.

And failures abound where vanity presses are concerned.

The numbers above barely convey the magnitude of just how horrifically inadequate these publishers are. After months of exposure, three out of four books published by Christian Faith Publishing failed to generate even a single review. Well over half of Austin Macauley and Xlibris publications had no reviews whatsoever.

But how did the legitimate publishers compare?

Every book we examined from our two control group publishers had reviews. And while the number of reviews ranged from a handful to hundreds, the overall pattern was clear: the neglect shown by the vanity presses stands in glaring contrast to the overall success of a legitimate publisher.

The authors who hired these questionable services wasted thousands of dollars on a book that's now invisible, unread, and consigned to the lowest levels of Amazon's sales rank. Those authors will likely never recoup their costs.

Performing Your Own Test

You can apply this same informal test to the publisher of your choice. First, run a Google search like the one below, substituting the company's imprint:

Now click through each of the search results, and see how many reviews they've gathered, and what their sales rank is. If the majority of books you examine have few (or no) reviews, and their sales ranks are abysmal, you'll have a good indication of what kind of publisher you're dealing with.

Do you have a friend who was considering a vanity press? How have you helped steer them in the right direction? Let us know in the comments below!