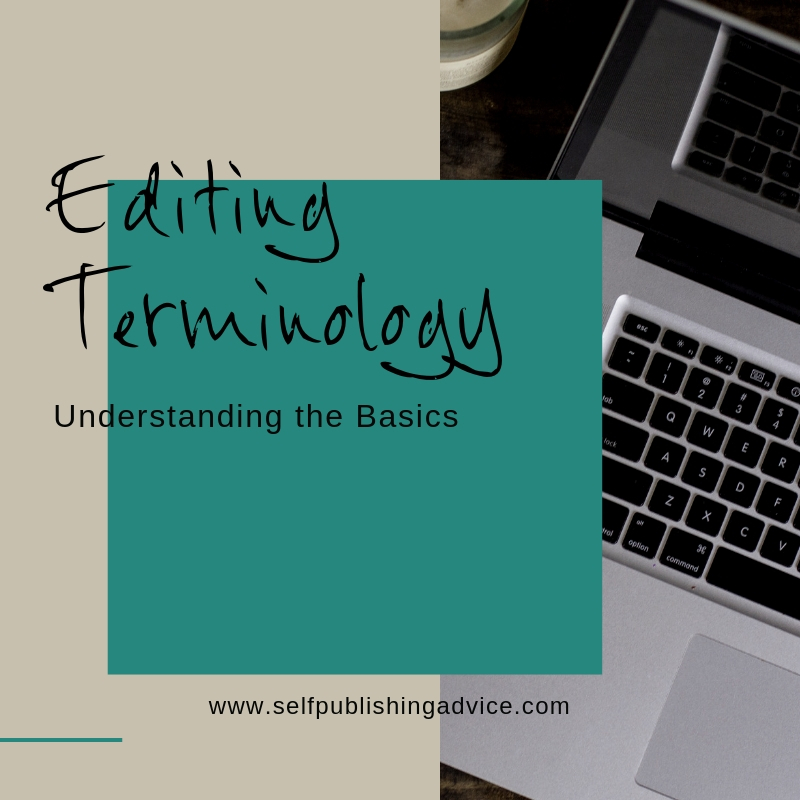 Understanding the Basics of Editing Terminology

Is your manuscript in need of substantive editing, developmental editing, copy-editing, or line editing? When is it ready for a proofread? ALLi partner member Richard Bradburn of editorial.ie helps demystify the terms. 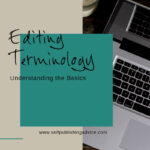 Following on from my piece about hiring an editor, I thought it might be useful to define some terminology that editors commonly use to describe the work they do. Because editing isn’t a globally regulated profession, the terms may differ from one English-speaking jurisdiction to another. I’ll try to accommodate those differences in this list.

Many first time writers believe editing is just checking a manuscript for spelling mistakes and missing or (more often) unnecessary apostrophes. Would that it were that simple! Proofreading is only the very last look at a final draft manuscript before it goes for printing. It might include things like checking punctuation and spotting missing words or typos, but it will also include things like checking for consistent indentation, layout and correct labelling of images, consistency in headings and sub-headings and so on. Proofreading is more about presentation than content—all the issues such as a character having blue eyes in chapter one and brown eyes in chapter ten should have been picked up in an earlier stage of the editing process, copy-editing, but it is the last chance to pick up little errors that have been missed, or introduced, at the copy-editing stage.

The stage before proofreading is called copy-editing. This term is usually hyphenated, at least in the UK, but some editors got together recently and decided that maybe it shouldn’t be hyphenated (this is the kind of thing that gives us sleepless nights), so you might see “copyediting” begin to creep into terminology on editor websites in the near future. Copyediting is more common in Canada and the US. Neither is wrong.

Precisely what is covered by copy-editing varies slightly from editor to editor, but they will all agree that this is the process of making a text flow at a sentence-by-sentence level. This is where any errors in punctuation should be sorted out, so those comma splices corrected, rogue apostrophes exterminated, colon and semi-colon usage reviewed, and also where spelling mistakes, homonyms, missing words and plain wrong words should be detected. The idea is to make the sentences flow correctly, to eliminate those little errors which can trip a reader up and remind them that they’re sitting on the train reading a book, not actually wading through a swamp full of piranhas in search of a missing temple (which is where you want them to think they are).

The scope for copy-editing can cover more than these simple changes, however, and this is where terminology can differ slightly. An editor might feel that some words aren’t needed. An example might be:

He sat nervously, drumming his fingers on the desk.

“Nervously” isn’t an error here, but it’s not needed. It’s a common mistake to both tell the reader something, “He sat nervously”, and also show it, “he drummed his fingers on the desk”. An editor might suggest deleting the adverb.

He sat, drumming his fingers on the desk.

Sometimes it can be entire phrases that the book is better off without:

Nigel carefully carried his tray of glasses making sure that it remained horizontal.

In this sentence the entire phrase “making sure … horizontal” is pretty redundant, considering he is “carefully” carrying the tray of glasses, so an editor might suggest deleting it.

The list of things that might be picked up in this type of copy-editing is too long to enumerate, but would include things like intrusive alliteration (“Tim’s ratty Raybans were really wrecked,”) odd phrasing (“the sun had turned blue the sky,”) faulty parallelism (“Elizabeth was brilliant at horse-riding, embroidery, and to snowboard”), PoV issues, those descriptive inconsistencies that I mentioned earlier (blue eyes/brown eyes) and so on.

Some editors draw a distinction between the more objective corrections that we mentioned at the beginning of this section, spelling and grammar mistakes, PoV and tense shifts, and things like treatment of numbers and capitalisation, and the latter more subjective issues, like the use of filter words, descriptive inconsistencies, elimination of clichés and so on. This latter type of copy-editing they term line-editing, and it can also be termed, since it is more to do with an author’s style rather than actual content, stylistic editing.

Developmental editing, also termed “substantive editing,” looks at the major structural issues in a book. Here, instead of suggesting that an individual sentence is wrong, or a particular scene could be shorter, the editor might be suggesting wholesale changes to the book that will involve significant rewriting.

These suggestions might be, “could you make this character female, perhaps a love interest for the main character?” or, “there was one bank raid at the beginning of the book. This second one is nearly identical. Does it need to be included, or if it does, do you need to go through all the details?” The editor might have a less specific recommendation, like, “these middle chapters are very slow, with nothing much happening—just the main character crying over her broken heart. Can you introduce a sub-plot to retain the reader’s interest?” or, “I don’t see how the main character really changes over the course of the story. He’s still as selfish as he was when the book started. How has he matured?”

In the course of a developmental edit, most editors will also comment on the style of writing, the issues picked up in a hard copy-edit or stylistic/line edit above. They will comment on PoV and tense handling problems, use of filtering or excessive adverbial description, inconsistent dialogue styles, use of language, cliché, and the balance of exposition to plot.

Overlaps between developmental editing and copy-editing

How much overlap there is between developmental editing and copy-editing relies a great deal on what state the manuscript is in. If there are significant big-picture problems the editor is dealing with, they are unlikely to be able to dig down to the nitty-gritty sentence-level problems in your book, and those will have to wait until the copy-editing stage.

In summary, there are generally accepted to be three levels of editing.

Proofreading is the final detail-level look-through after the content of the book has been thoroughly edited.

Copy-editing is the general fine-tuning of the technical side of the book, grammar, punctuation, spelling—all the basic issues— but also might involve changes to words, word order, sentence level changes and even the restructuring or re-ordering of paragraphs.

Line editing is a subset of copy-editing that deals exclusively with the more subjective issues that arise, things like the use of clichés, adverbs, filter words, and the problems that sometimes crop up in the handling of PoV or tense. This might also be referred to as stylistic editing.

Developmental editing is the comprehensive overview of the book, taking into account every facet of the story including plot structure, character arcs, pacing, rhythm, development of conflict and tension, and resolution of all the story strands in a good climax. Depending on the editor, it will also overlap to some extent with copy-editing, looking at use of language, writing style, scene level details.

Doing it all at once

Why shouldn’t the editor do all kinds of editing at once? For one thing, copy-editing chunks of text that between you and the editor you might decide have no place in the final book is a waste of the editor’s time and your money. Secondly, concentrating on big-picture issues means that, being human, editors will miss quite a few of the smaller more detailed problems that they would catch in a dedicated copy-edit. It’s best to do one type of editing at a time, and it’s only if there are very few major structural problems that you can get some of the copy-editing issues out of the way at the same time. Even then, the issues addressed are likely to be of the more subjective variety, the line editing or stylistic editing type of problem.

Cost increases with the more work involved, so expect to pay more for copy-editing than proofreading, and more (sometimes much more) for developmental editing than copy-editing. Judge it on the basis that an editor might be able to proofread a fairly clean book in a week, but it might take them two weeks to copy-edit a similar length manuscript, and four weeks or more to perform a developmental edit.

Do you have any further definitions, descriptions, or questions about editing terminology to add to Richard's post? tips We'd love to hear them.
Do you know your #editing terminology? #indieauthors #iartg #selfpublishing #amwriting Click To Tweet

Other helpful posts about editing

What Kind of Editing is Priority for Indie Authors?

Writing Advice: 8 Self-editing Techniques to Cut Your Editing Time in Half

How to Improve Your Manuscript by Editing Backwards