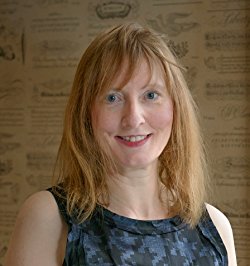 The Importance of Sleep for Indie Authors

At this time of year, many countries change their national time-keeping in the middle of the night. Last night in the UK, where I live, for example, we moved from British Summer Time to Greenwich Meantime. As welcome the bonus of an extra hour's sleep as a annual treat, now is a good time to reflect on the benefits of proper rest for the creative process that fuels all authors, whether writers of fiction or non-fiction, self-published or trade-published. In a special seasonal post today, English thriller writer A A Abbott, who always seems full of energy, makes the case for the importance of restorative sleep.

Is sleep for wimps?

Surely time spent sleeping is time wasted. We’re forgoing a chance to socialise, write another two thousand words and earn more money. Margaret Thatcher, former British Prime Minister, famously managed on four or five hours a night, without power naps, even, so why can’t everyone? Imagine how productive we’d be with all that extra time.

While it’s a seductive argument, follow its siren call at your peril. Not everyone needs the same amount of sleep. If you’re built like the blessed Margaret and can stay awake for twenty hours a day without feeling tired, that’s marvellous. If you’re not, read on.

If the advantages of sleep could be packaged and sold, you’d pay a fortune for it.

How to Get More Sleep

So, if you want to awake relaxed and refreshed, bursting with new ideas, all your problems solved and your memory sharp as a pin, how can you get enough Zs? At the risk of stating the obvious, here are my six top tips:

Now, to make sure I don’t end up writing late into the night, I’m using my laptop on a train – travelling from home on Sunday afternoon so I’ll start work in London bright and early on Monday morning. Trouble is, I’ve been thinking about sleep so much, I can’t stop drifting off. Oops, was that my station back there?

OVER TO YOU Have you more sleep tips to share? Has your creative life been transformed by changing your sleeping habits? Join the conversation via the comments box!

#Authors - self-care isn't selfish. So get more #sleep! @AAAbbottStories tells us why and how. Click To Tweet

How to Fend off Indie Author Burnout

AA Abbott, also known as Helen, writes thrillers full-time for six months of the year, and otherwise gets cash and inspiration from temporary work in the corporate world. Her latest thriller, "The Vodka Trail (a sequel to "The Bride’s Trail" that can be read as a standalone novel too) features a tussle for control of a vodka business and the realisation that your enemies may not be who you think they are… Find out more at www.aaabbott.co.uk