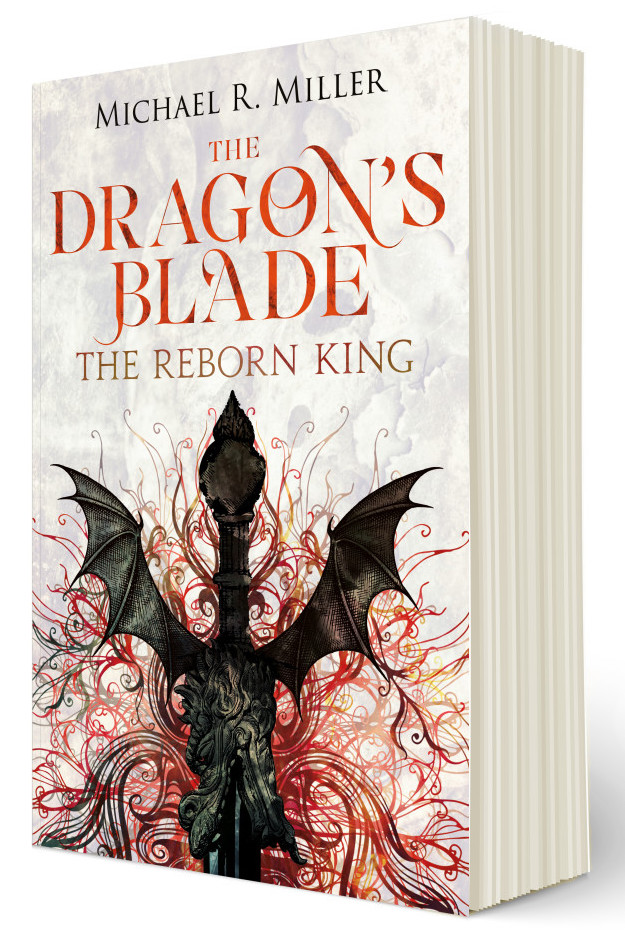 Sunday Success Stories: A Triple Win for an ALLi Team

Here's the first in a new occasional series for Sundays, celebrating successful collaborations between ALLi Members. Remember, ALLi isn't only for authors, but also for service providers, who, once they've passed our quality vetting process, become Partner Members. 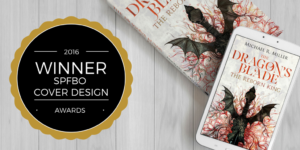 The SPFBO winning cover was an ALLi team effort

The Dragon’s Blade, a debut fantasy title by ALLi member Michael Miller, has just won the prestigious SPFBO Cover Award as voted for by the biggest fantasy bloggers in the business. The publishing of this book was a joint effort from a great team of ALLi members.

Michael Miller takes his writing and publishing very seriously, so he joined ALLi to access their great knowledge hub. As an ambitious debut author, Michael knew the importance of getting a really professional product out there. He signed up with ALLi partner member I_AM_Self publishing to ensure that no stone was left unturned with regards to: editing, proofreading, design, typesetting, print production, eBook conversion, branding, marketing and distribution.

To create their best work, designers need a comprehensive brief that quickly tells them what the design needs to communicate and to whom. Having edited and proofread The Dragon’s Blade, the I_AM team were able to use both their knowledge of the story and experience of working with designers to build a really solid brief. They analysed the target readers, buying patterns and successful covers in related genres to ensure they could give the designer the full picture – what the cover needed to convey, who it needed to appeal to and who it would be competing with. 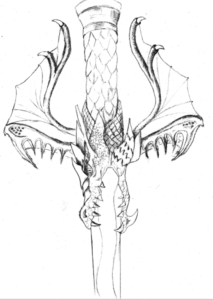 An early design sketch by the author's mother

After Michael asked his mum to roughly sketch the Dragon’s Blade (a key element of the story) and the I_AM team carried out their research, everyone could see the concept’s potential, but knew it still needed a lot of development.

I_AM Self-Publishing work with a large pool of freelance designers, enabling them to bring in exactly the right person for each job. They wanted someone who was passionate about fantasy and had experience in this genre, so straight away thought of ALLi partner member Rachel Lawston. As well as being a fantasy super-fan, she has worked with the heavyweights: Terry Pratchett, Philip Pullman and Christopher Paolini.

When the I_AM team contacted me about The Dragon’s Blade, I couldn’t believe my luck. Michael is a talented and gifted fantasy author, with extraordinary attention to detail and exceptional creative ability.

I_AM Self-Publishing do a lot of design research and prep work, both with and without the author, before delivering me a brief, which makes it much easier for me to create something that really encapsulates the essence of the book. They select designers whose passions and skills match the project; they always give me briefs they know I’m going to get excited about. This one will always be in my top ten favourite projects!

Even before its launch, Michael took business cards with the book’s cover on them to FantasyCon to promote The Dragon’s Blade, where he got a great reaction. Then, last December, the cover won a Gold Star Award at the Book Designer Awards. He’s also used it to impress bookshops, which now stock his title and have even created special window displays and hosted events for him. 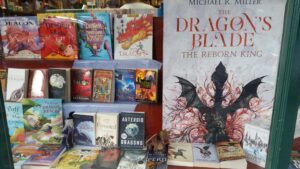 Proudly displayed in the bookstore

The cover perfectly fits the book and its genre. First reactions on seeing it range from ‘wow’ to ‘I’m jealous’. It’s amazing to see it being recognised – winning the gold cover award of the SPFBO this year. It is down to both Rachel Lawston and I_AM Self-Publishing’s commitment to work on a piece of a project until it is just right.

Michael will no doubt capitalise on this success. He has already run his first BookBub campaign and benefited from a high-profile Kindle promotion.

For more information on The Dragon’s Blade, visit www.thedragonsblade.com.

OVER TO YOU Do you have an ALLi team success story to share? We'd love to hear about it!