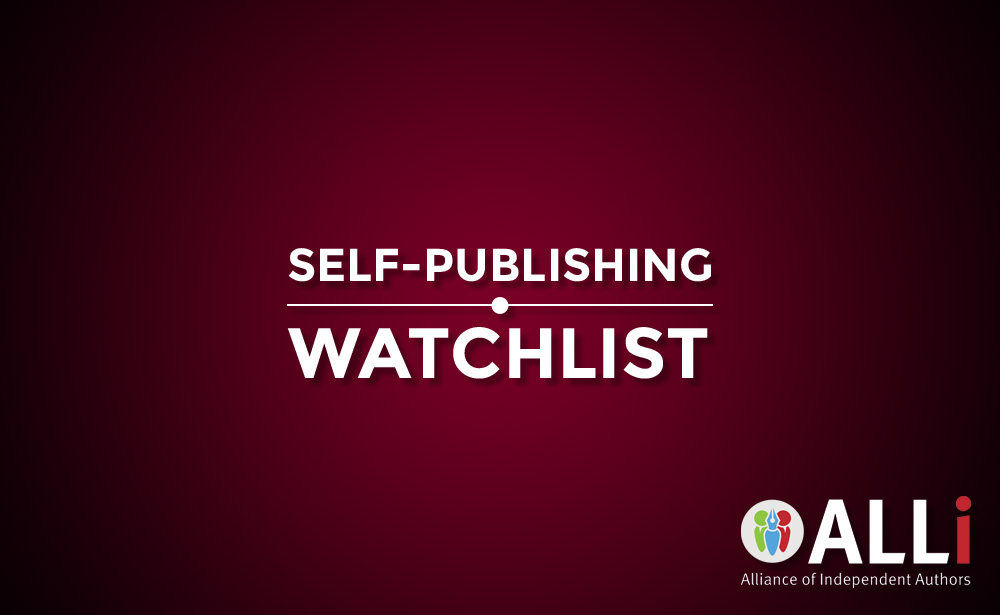 In the course of year, ALLi's Watchdog Desk encounters many complaints about self-publishing services. Even the best companies will have a dissatisfied customer from time to time, but when we see a disproportionate number of complaints, especially about the same issues, that's a strong indication of a persistent problem. Our Self-Publishing Watchlist summaries will highlight the companies whose complaints are on the rise. We monitor these companies carefully, and upgrade or downgrade their ratings as circumstances change.

Okir Publishing is a relatively new venture launched in September of 2017, but in that short time, they have managed to accumulate a disturbing number of complaints.

Allegations against the company include:

Writer Beware identifies Okir Publishing as an “Author Solutions clone”, one of a growing number of problematic companies following in the footsteps of the worst vanity presses.

Okir Publishing offers several high-priced, low-value marketing services, as well as vanity publishing packages that start at $1,000.00. Many of the books featured on Okir's website suffer from a number of glaring quality issues.

We have received reports of marketing fees upwards of $4,500.00. These largely involve piggybacking on Okir's booth at a book fair. In a number of cases, complainants report that they did not receive the services they had paid for; requests for a refund were ignored, and subsequent calls and emails were not returned.

LibraryBub has generated a dismaying number of complaints in recent months, and the Watchdog Desk has witnessed several behaviors that warrant concern.

Chief among these issues is the owner's claims that its press releases are picked up by major news networks. In at least two instances, these claims proved to be grossly exaggerated. Contrary to claims that the press release had received actual news coverage, the announcement had merely been included in a content aggregator whose feed appears on a few tiny news network affiliate websites. I could find no reference to the press release or its information made by the networks themselves: no headlines linked to the story, and there was no coverage by any reporter.

The Watchdog Desk has concerns about LibraryBub's transparency, communications, and value, and will be monitoring the situation for additional developments.

Ostensibly a literary agency, the Book Agency Plus website is composed of equal parts hype, broken english, and meaningless buzzwords.

The company claims to have offices in London, New York, California, and Texas, yet no addresses or phone numbers for those locations are available. Luckily, if you are “from the US, the UK, Africa, Europe, Australia, or any countries”, you can reach them by email. At a Gmail address.

Book Agency Plus represents only seven authors, and has little presence outside of its website. What brought this questionable agency to our attention was an email promoting various book contests. To our surprise, the email began, “Greetings from the Alliance of Independent Authors…”

The email was signed by one “Daisy Greens”, an individual who has apparently managed to live her life without leaving any internet footprints or public records. The phone number listed on the email was already out of service when it landed in our inbox.

On contacting Book Agency Plus via their Facebook page, the representative refused to provide a phone number or address. As fly-by-night operations go, this one already has its bags packed.

Now, if this scheme seems a bit sketchy to you, you're not alone. For the record, ALLi does not operate a book contest, and has no affiliation with Book Agency Plus. And if ALLi did offer a book contest, it certainly would not involve a $500 entry fee.

Most authors will see right through the holes in their presentation, but not all bad operators are so obvious. Always be wary of an entity that can't be linked to a real-world address, real people, and a real, verifiable business presence.

Have you received any questionable solicitations recently? Let us know in the comments below!

Money Should Flow to the Author