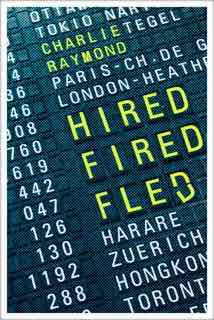 Opinion: Why It’s Even Harder to Find an Agent for A Non-Fiction Book – and Why I’m Glad I Tried 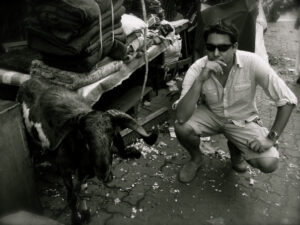 If you think fiction authors have it tough trying to break through into trade publishing, it's even harder for non-fiction authors who don't have a high-profile public platform – like being an actor in Downton Abbey, as one agent told indie author Charlie Raymond, who went on to self-publish his memoir of finding himself after a checkered and eventual career that took him around the world, Hired, Fired, Fled. Charlie explains why he put himself through the process of seeking an agent anyway, and what he learned from it.

“If you’re going to do something, do it properly.”

It’s a motto that’s guided my foray into publishing, leading me to contact every single literary agent in London representing non-fiction, applying to around 90 agents, all of whom rejected me, 40 or so directly, with the others not replying to emails.

Now, here’s where it gets interesting. Of the 40 who actually got back to me:

That’s a lot of rejection. 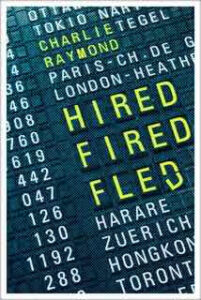 Charlie Raymond's “non-fiction meltdown about finding your path in life”

No Surprises in Agents' Rejections

It’s also not a big surprise, and that’s because my book is a non-fiction career meltdown meets travel adventure about finding your path in life. It focuses on an unknown author undertaking 14 jobs in 15 years across 4 continents.

It’s an unusual story, but that’s not enough for agents. What they want to see for non-fiction writing is a platform.

Of those semi-specific replies:

None of this rejection made me bat an eyelid.

I knew the self-pub route was for me, as I’d already researched enough to know that top-selling non-fiction books are mostly made up of autobiographies ghost-written for actors and politicians.

It’s rare for a book like Eat, Pray, Love – about a relatively unknown author’s journey across the globe – to sell over 10 million copies. That’s partly because Elizabeth Gilbert’s story connected with the demographic that buys the most books: women over the age of 40.

And that brings me to my next point: I already knew this. I knew that my book about career misadventure, with stories such as being falsely accused of sleeping with the boss’s wife whilst working on a safari park at the age of 19, likely wouldn’t connect with that key demographic, but I wanted to write it anyway.

And so, without a platform, or a story that would immediately connect with the biggest book-buying demographic, finding a publisher was as likely as snow in the Sahara. But, even so, I wanted to try. “If you’re going to something, do it properly.”

So I wrote personal emails to those 90-odd agents, taking several days to ping them out, already in the knowledge it was probably a fool’s errand, but willing to do it anyway, because imagine – just imagine – if one of them had come back and shown interest…

That said, even if they had shown interest, I’d probably have still ended up self-publishing, as I’d also read tales of people getting publishing deals, then being left with pennies after the agent and publisher took the lion’s share of any profits. On that note, I had one agent tell me that if I did get anywhere with self-publishing, as in over 10,000 sales, I should call him, as he’d then be able to show something to publishers.

I politely thanked him… and deleted his email.

OVER TO YOU Did you/would you follow Charlie's traditional route, or go straight to the self-publishing route? How did you get on? We'd love to hear your stories too – please feel free to leave comments!

If you liked this post, you may also enjoy this one about self-publishing non-fiction:

The Advantages of Self-Publishing for Non-Fiction

Charlie is an ex-journalist. His first book "HIRED, FIRED, FLED: One Man’s Global Quest to Beat the Rat Race", is out now. See www.hiredfiredfled.com for more information, and to contact him.