J K Rowling is hardly most people's idea of indie so I will keep this short, but you may have noticed a certain book published this week. And joking aside if you really think as indies we have nothing to learn from Joanne Rowling, then let me just say that the biggest publishing sensation of the decade is a play. And then there's Pottermore. Today is, of course, the Olympic opening ceremony, and I just couldn't avoid the metaphor. The modern Olympics began with a cast iron commitment to the notion of the passionate amateur. Professionals were strictly forbidden. As we have entered the even-more-modern Olympics that ideal has retreated (most noticeably, when I was a student, with the appearance of the USA's basketball Dream Team) until now it is, in sports where funding levels permit, pretty much entirely professional, and the focus is solely on the most excellent. I won't comment, but maybe over the next fortnight have a little think on that.

Anyway, enough of the dull stuff, time to talk tax!! Specifically VAT (value added tax, the levy charged to the final consumer in any chain of production tha tleads to the creation of a product or service). Mention VAT on ebooks and most people get somewhat indignant – paper books are zero VAT, after all, but ebooks are “digital products” and as such incur VAT. Mention the European Union (EU) and VAT and writers will either go into a cold sweat or a hot rage (google VAT MOSS [MOSS is mini one stop shop – the go-to place for any business wanting to sort out VAT under the new regulations] to see just how much of a rage), because from 1 January 2015 it became law across the EU for suppliers to charge VAT to customers based on the customer's country. What that meant for suppliers (that's us) was that they had to identify the origin of every customer from within the EU and charge the appropriate rate. Whilst large distribution platforms such as Amazon have done the work for us, for many the nightmare is still real (this is a very helpful ALLi podcast on VAT MOSS).

Anyway, the EU has just launched this major public consultation on VAT on ebooks, and given the strength of feeling on the subject, I would very strongly urge all indies to contribute their opinions. Looking through the scope information, this has the potential to address both of these concerns. Specifically, the consultation is set up to determine whether states should be able to set VAT on ebooks at the same reduced, super-reduced, or even zero rate as for printed books. Whilst we mostly sell more ebooks than print books, this could nonetheless have the not inconsequential consequence of streamlining our VAT accounting at least a little. The consultation runs until September 19th.

Ebook platform Draft 2 Digital has just announced the introduction of universal book links. By creating the link at Books 2 Read, authors can package up all the storefronts offering their book in one place, and readers can choose the information they wish to see. I am sure there are questions to be answered (what, for example, as one ALLi member asked, will Amazon make of such links appearing in Kindle books?), and the page makes it clear that it's not quite “one click”, but making readers' lives easier by and large makes ours easier too. 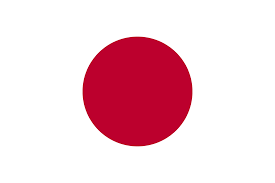 Whilst the long-term shape of ereading is very hard to scry, this infographic demonstrates rather succinctly the declining sales of tablets. Two items of interest this week related to social media. First, Apple has launched an instagram account for iBooks. The account will share quotes and reviews, and it will be interesting to see how prominently if at all indies feature. Meanwhile, thanks to ALLi's John Doppler for the initial tip that Facebook has announced a new algorithm that will eliminate more clickbait headlines from its newsfeed. Cue, of course, much spoofery, but the impact for copywriters of Facebook content specifically, and on the copywriting landscape in general will be intresting to see.