This has felt like a big news week, with two explosive stories that have found their way crossing over from literary media. Which is fortunate as it's been a very busy week for me personally at the Mind Sports Olympiad. As I indicated last week, I took part in the European Speed Reading Championship, which I was fortunate to win, completing a 102,000 word novel, with 90% comprehension, in 62 minutes. As predicted, this has opened a controversial can of worms, with all sorts of opinions about how people “should” read. A little less controversially, I was delighted to retain my title as Creative Thinking World Champion, so it was all in all a good week's work. To give you some fun, have a go at one of the questions – the question setter was researching sloths for a book, but what other things are best done upside down (and what things should be avoided in an upside down position)?

Buying Your Way to a Bestseller? 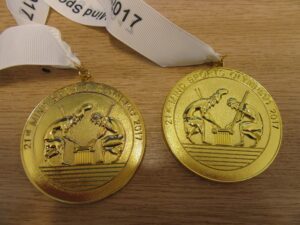 you can reach the top in many ways, but these gold medals were earned without controversy!

There has been a lot of controversy recently about tactics indies might or might not be using to reach the bestseller charts (from click-farming to gifting to massive box sets). Many indies' response has been “yes, but don't publishers game the system all the time?” Well, this week has given people who used that line their moment.

For a few days, , it seemed as though a new bestselling star of the Young Adult genre had been discovered. Lani Sarem’s book Handbook for Mortals rode high in the New York Times lists. People started wondering who Lani was and how her small publisher GeekNation had pulled off such a coup.

And then a story started emerging as a couple of bookshops told how they’d had phone calls asking if they were “reporting” stores (the ones whose data feed the bestseller lists), followed by orders that were sizeable but not enough to ring alarm bells, with very casual delivery dates.

Suddenly Twitter was alive with indignant commenters. The author’s team maintains the orders were for upcoming events, but the compilers of the lists have taken a different view, and the title has quietly disappeared.

Whether any publicity turns out to be good publicity in the long run remains to be seen, but whilst the first reaction may be a little schadenfreude, the moral is actually clear – if an author hits the heights and there is any hint of suspicion, no one will turn on them quicker than the rest of the writing community.

This has happened on other platforms, but it happened without warning, and the only terms that had seemed to change were the addition of three sub-categories most of the deleted authors didn't write in.

Erotica authors are a close-knit community, are often indie pioneers and incredibly savvy, and are used to dealing with prejudice and no-platforming. Which means, as others have discovered, if you're going to pick a fight with them you'd better come prepared. Unfortunately for the never-knowingly-savvy B & N, one of the authors they deleted was Selena Kitt, the indie powerhouse, pioneer, and all-round rottweiler behind Excessica Publishing.

Kitt, and other writers, hit back through their blogs and social media, amplified by their army of loyal fans and fellow writers. And all of a sudden accounts were restored seemingly as randomly as those that had been deleted.

There have been some interesting theories as to why this might have happened, but as the story involves B&N, I fear the answer is the obvious one – failing to understand, or even think about, their writers, especially their indies and the way they work. And as more indies are looking to leave the exclusive clutches of Amazon, the question for B&N remains – just how wide does the open goal have to be before you can hit it? 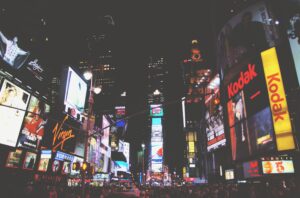 Photo by Wojtek Witkowski on Unsplash

Amazon may be losing some of its shine for indies, but AMS, the advertising service recently opened up to indies retains the feel of something new and shiny, and how-to courses proliferate alongside how-to and “how-I-did” threads on indie forums. And this week we got an idea of just how big an ocean the resulting revenue from indie advertisers is a drop in – Amazon managed to earn$2.5bn in 2016!

Wattpad are in the middle of a flurry of activity at the moment, and the latest addition to that is the US launch of its video storytelling app Raccoon. Wattpad, of course, is a Canadian company, which leads to this week's fascinating figures in the release of a survey of Canadian reading habits, with smartphone reading on the increase.