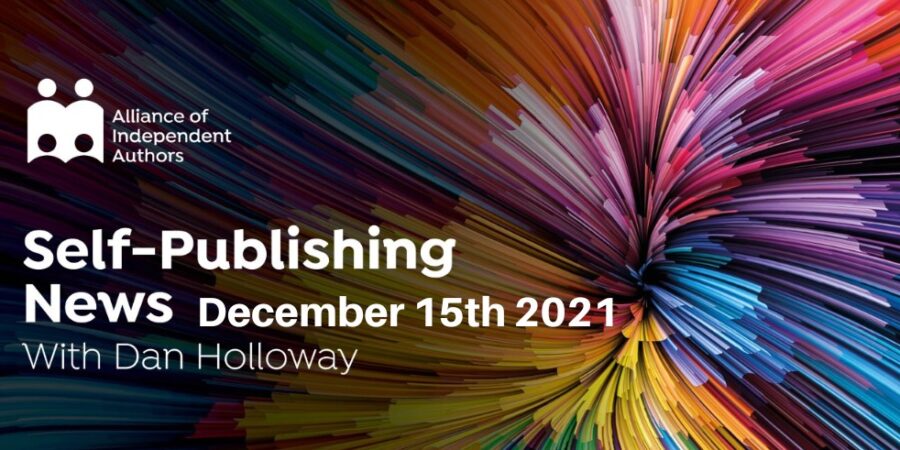 In this week's Self-Publishing News Special, ALLi News Editor Dan Holloway asks what the real truth is about authors and social media, as a new survey seeks to understand the issue and publishers are left scratching their heads.

It seems somehow fitting that this week's main story is about social media as the literary world is saddened by the death of one of the authors most often held up as an example of someone who did it actively, energetically, and very often right. Anne Rice will be remembered for many things, but in my mind she will always be associated with the phrase “People of the Page”, the way she addressed her hundreds of thousands of readers on Facebook. It has also been a very sad week for the indie community, and it would be inappropriate of me not also to say RIP to Kat Ward, Suzanna Burke, and Dale Furse, whom many of us have known as integral parts of our indie community for more than a decade, and all of whom we were saddened to learn had died in the last week. RIP.

In the latest self-publishing news podcast, Howard and I will talk about the publishing industry's issues on climate change and the future for audiobooks. On tonight's #indieauthorchat at the usual 3pm Eastern, 8pm UK time, Tim will be talking about what authors can learn from the Marvel Cinematic Universe.

It’s always really good to have indie authors' input to research on the writer’s life. So I would highly encourage everyone to take part in this survey on how writers use social media. It’s put together by Dr Miriam Johnson, head of the fantastic publishing centre at Oxford Brookes University. Being part of research like this is a key way we can ensure two things. We can make sure research is representative of the whole writing community, and therefore of more real world relevance. And we can be at the heart of the dialogue about our community.

This also forms a timely segue to the main story of the week.

This week saw a book world story break through into mainstream conversation. And as so often happens in these cases, the main reaction from most people in the book world was “how is this news?” So what was the not-so-shocking revelation? A massive social media following doesn’t guarantee massive sales. And publishers who pay out advances based on the assumption they will might get their fingers burned!! The story that has opened many people's eyes to this somewhat obvious truth is that of Billie Eilish's memoir. Eilish has 97 million followers on Instagram. Her publishers clearly saw dollar signs and forked out a million dollar advance. But so far the book has sold only 64,000 copies.

It feels strange that people in the arts should still be surprised that following is more nuanced than a simple numbers game. But apparently they are. It will be good to see Brookes' survey results when they come out. The reality is much more like Seth Godin suggested in his 2018 Futurebook keynote. Or Kevin Kelly in his seminal 1000 true fans thesis. When it comes to selling to your followers, what matters is the depth of your connection with them, not its breadth. Which brings us right back to Anne Rice, who understood that so well.

Blockchain has been in the news again this year after the hype of a couple of years ago died down. Non-fungible tokens (NFTs) have been the main reason. But there’s also been a more interesting strand simmering away. Several platforms have had a bumpy ride this year thanks to arrangements with their payment partners. The highest profile of those was Only Fans, of course. Mastercard held them over a barrel and almost caused a ban of adult content on the site. More recently, Amazon has announced that it will stop accepting Visa credit cards issued in the UK on January 19th because of high fee levels. Whenever such stories hit the news, corners of the internet inevitably respond by suggesting alternative payment systems using cryptocurrencies based on the blockchain.

In short, it is trying to explore ways in which independent communities can grow and operate around a single powerful idea. And it will use the Celo blockchain, which claims to be carbon negative. This should put to rest fears of the environmental damage caused by the processes more well-known blockchains use. I would highly recommend you read the full statement as there are some really interesting ideas in there that will be at the core of what digital creation will be about in the years to come.

The ongoing cold war between libraries and publishers hotted up a little this week. You may remember that the state of Maryland passed a law designed to help libraries avoid exorbitant costs when stocking titles. Publishers that made ebooks available for consumers to buy would have to make the same titles available to libraries to licence at a reasonable rate. The Association of American Publishers has decided to appeal against this legislation. They believe it breaches copyright law. In essence, they argue that this is a rights grab by libraries, claiming it is a “threat…to a viable, independent publishing industry in the United States.” I really don't know where to start. Maybe it's best for me to go back to social media and borrow the words of a popular meme. Maybe that's not the hot take they think it is.

What's the real truth about authors and social media? and other top #selfpub news stories for #indieauthors, in one quick read, by #ALLi News Editor Dan Holloway @agnieszkasshoes #digitaleconomy #publishingopenup Click To Tweet