For many in the Northern Hemisphere this is a tough time of year, and we struggle to feel the passion for our words we do with the warm sun on our backs. I found myself thinking a lot this week about one of my heroes, Scott Jurek, an ultrarunner who pioneered the vegan lifestyle in sport and whose remarkable feats of endurance owe much to the hardest times in his life and a key lesson he learned – you don't always have to do something because you love it, or even because you want to. In his words, “sometimes you just do stuff”.

It was meant to be reassuring. Barnes and Noble will be focussing on its bricks and mortar stores. But that announcement has a very big flipside. B & N is no longer in the tech business. And that means it's the end of the road for their relationship with Nook. Quite what will happen next isn't clear. most people seem to think Kobo will snaffle up Nook. Perhaps they will have done so before the e-ink on this column is cold. This is a very big watch. this. space. 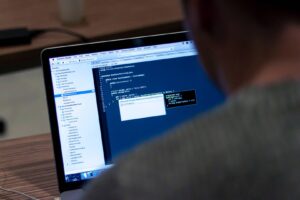 Because .epub is a non-proprietary format, whatever happens to Nook, readers needn't worry about their libraries becoming unreadable. That's one of the great things about non-proprietary, cross-platform things.

And as we reported recently, the organisation that makes sure .epub will continue to function in this way is W3C, the group of people and institutions that looks after the World Wide Web. But dedicated efforts to web-wide functionality in publishing isn't always uncontroversial, as we discovered this week when W3C decided officially to support EME (encrypted media extensions). That means, effectively, they are officially working on DRM, the tool publishers use to prevent piracy, the same way they are working on .epub.

Only DRM is really not the same as .epub. .epub, and PWP, the web-based technology that ensures .epub files can be read anywhere on any device, is about ensuring our digital legacy is preserved in perpetuity, ensuring that no corporation or government can pull the plug on your library.

DRM is about ensuring those organisations control who reads what.

Many indies use DRM and support its wide use. That's really not the issue here. The issue is about what the web is and who it's for. It's a matter the Electronic Frontier Foundation (EFF), the organisation dedicated to keeping the internet free, felt so strongly about it has withdrawn from W3C. This is the EFF's official response, penned by writer and activist Cory Doctorow.

Libraries: Still On the Rise 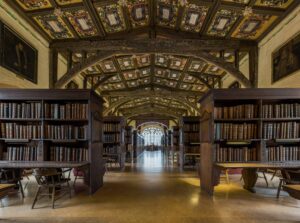 The expansion of indies' reach into libraries continues apace. The latest step is the news that Google will return books in the Overdrive catalogue in its searches alongside buy options at Amazon and other platforms. It was also very interesting to see, over on No Shelf Required‘s excellent indies in libraries blog, news of a new partnership between a library in Topeka and local authors that will provide an end-to-end service for authors to see their books through from manuscript to library shelf.

Nook isn't the only platform to take a major step back this week. Amazon, who have, as we saw last week, been aggressively expanding in India in competition with Flipkart, have scaled down any all-conquering ambitions they may have had in China. That is, in effect, what the announcement of a deal with Alibaba to pump Kindles into China means. For the time being at least, Alibaba is just too big, and Amazon not familiar enough with the Chinese market, for out-and-out competition.