Self-publishing News: Twilight of the Idols

It's been a tough week for anyone even remotely my age, certainly anyone who grew up in the UK with any connection to the storytelling arts, with three deaths in a single week. The film lover in me will always be grateful to the sardonic style of Barry Norman. And if there is any warm-heartedness behind this stony exterior, it will forever be in love with Paddington, whose creator Michael Bond died at the age of 91. But the child in me who remembers the 1980s as a time when brutal beauty reminded us of the preciousness of all life (Threads, Edge of Darkness), as well as because here in Oxford he was a local hero as well as a legend, the loss I feel the most is that of Heathcote Williams, whose poem (and the accompanying film) Whale Nation will forever be seared into my darkest dreams. Goodbye, all.

New regulations for Goods and Sales Tax (GST), agreed last year, finally came in Australia came into force on July 1st. The regulations will see the collection of a 10% rate of GST on ebook sales. As has been the case with the introduction of sales tax elsewhere, authors will need to decide whether to keep prices the same and absorb the cost or increase prices. The link takes you to the complete legislation.

While we're talking complicated tax and trading arrangements, the European Union has moved to end the practice of geoblocking. This will come into effect early next year. Geoblocking is the making of content available in one country but not another. What this ruling means is that if your content is available in one member state of the European Union, it will need to be available in all. There are some interesting thoughts as ever in Publishing Perspectives. This is a fascinating subject in relation to creative content, and in particular literature, because so much of our industry relies upon the sale of rights, and the notion that in order to earn a living, the content that creatives create must somehow conform to the notion of the nation state. This ruling is clearly of concern to creatives and seen as a victory for consumers (who might have homes in two countries). What is certain is that, as is starting to happen with copyright, this forms part of a fledgling debate about which practices of an industry that came of age many moons ago still makes sense now – and what we do about that as creatives.

You can have your say! – Porter writes “We next are issuing an invitation to representatives of other European booksellers’ and/or publishers’ associations…to let us have their comments on the matter, as well.” I would urge you, as publishers, (and of course ALLi) to offer your thoughts, in the comments if nowhere else. 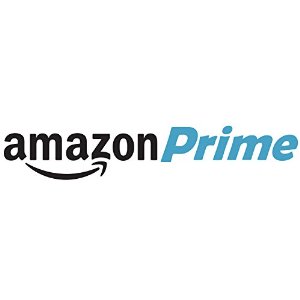 This time next week it will be Amazon Prime Day, a day of massive deals for Prime customers. It is of particular note this year because of the inclusion of audiobooks. Meanwhile, whilst as authors we are increasingly taking note of Amazon Marketing Services, this is a fascinating piece on the bigger picture of where Amazon's advertising business sits vis a vis the giants of Google and Facebook.

A couple of weeks ago we brought you the story of Hoopla, the pay-per-loan system for borrowing library books that Big 5 publishers have started turning to, ending the notion they had tried to encourage, that an ebook, like a physically degradable paperbook, had a certain number of “uses” before it had to be replaced. This past week, there has been enough development in the story to make it worth sharing this fascinating set of links compiled by the ever fabulous Nate Hoffelder. 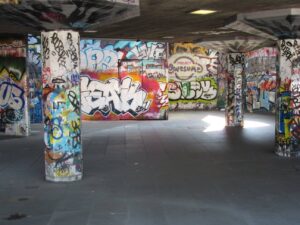 One of my favourite photos. Fortunately stored on a portable hard drive

Increasingly we do, of course. And because storage space is always an issue, billions of those photos are hosted on Photobucket. It's a place where you can upload a photo once, and then pull it through multiple times to different sites, saving space and, you might have thought, adding convenience. Only now it isn't quite so convenient – Photobucket, who had previously relied upon advertising for their revenue, is now charging $399 to use its services. Because of the way it works (effectively live streaming your photo) that means a whole load of photos across the web are going blank. If you have ever used the service, make sure you check anywhere you might have used links to display the photos that can bring your posts to leife.