Self-publishing News: This Book is Brought to You By

This week my head hurts in a good way. I have spent most of the week thinking about “the future” as an abstract concept, in preparation for a talk I'm giving on disability in the workplace. We don't spend enough time thinking about the future. And yet as indies that is one of the freedoms that has been handed to us. There are no models we must conform to. There are no boxes. So why is it our horizons are often so narrow? Why do we wonder with our productive mind hours whether ebooks will shrink or grow by 10% next year or what platforms we might use to experience audiobooks 2 years down the line? So many writers have these questions forced on them, but as indies we are free to dream, and not just within the covers of our fiction. The freedom to dream is a precious one. It would be wonderful if we used it to dream big.

As this week saw the French Presidential elections it is probably appropriate that this week's news has been dominated by Europe. The big news for indies is that the European Parliament has produced a new document that takes us one stage closer to a unified European-wide policy on VAT that allows governments to apply the same reduced rate of tax on digital publications that they apply on print. Interestingly the report notes that this is strictly a move limited to publications because they are investigating what to do about tax on other digital items elsewhere. 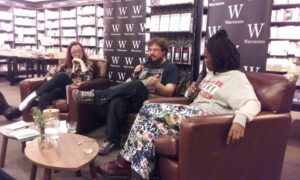 Two of the big European stories this week involve Amazon. Amazon Prime is expanding again, with the signs now that Amazon Prime Reading is rolling out in Germany. But the big news is that the European Commission has, as part of its massive ongoing antitrust investigation, accepted Amazon's offer to remove Most Favoured Nation Status clauses from contracts with writers and publishers. This is a massive step in increasing the freedom indies have to decide their own individual marketing and pricing strategy. The Most Favoured Nation (MFN) clause was Amazon's way of insisting that you couldn't sell your book cheaper on another platform without offering to do the same at Amazon. It basically made experimenting with price tweaking and running parallel pricing tests impossible, taking away a lot of the freedom that being indie brought in the first place. 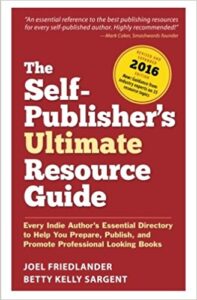 The Self-publisher's Ultimate Resource Guide, which features our own Orna Ross has won a Silver Medal at this year's IPPYs.

Last week's news was dominated by the UK Publishers Association's report of declining ebook sales. Needless to say ALLi were among the loudest voices proclaiming just how misleading the survey, and in particular the way the mainstream media reported it, was. This week, Publishing Perspectives has a great round-up of reactions from leading figures to the report and coverage. It is great to see some of the puffery being pricked but it is also worth noting the only comment so far on that piece, from the ever insightful Mark Williams, who points out the fall in indie ebook sales noted by the last Author Earnings Report. To use a cosmological metaphor, these figures still miss dark matter but the amount of dark matter required to give a full picture may be shrinking.

The second story about ebooks this week is a fascinating piece in the Guardian that has really got a lot less attention in literary circles than it might. Richard Stallman, the man behind software freedom project GNU, and others wrote a sharp piece about the dangers of ebooks. It takes a very different approach from the usual doom mongers, and puts a very simple point – in a world in which we should be more and more concerned about who is watching what we do and why, there are very few legitimate ways of getting your hands on your reading material in private if you read digitally. There is no ready equivalent of walking into a random bookstore on a random high street with cash.

Outside of the world of authors (and, OK,  in a fair part of that world too!) one story, or should I say one book, has dominated the news this week. And it's something that touches on a subject that used to be talked about a lot in indie circles, but seems to have gone quiet: product placement. It probably doesn't take a genius to work out the commercial connection with “Tender Wings of Desire” by Colonel Sanders. As one might expect, the reviews are every bit as entertaining as (I am sure) the book itself is.