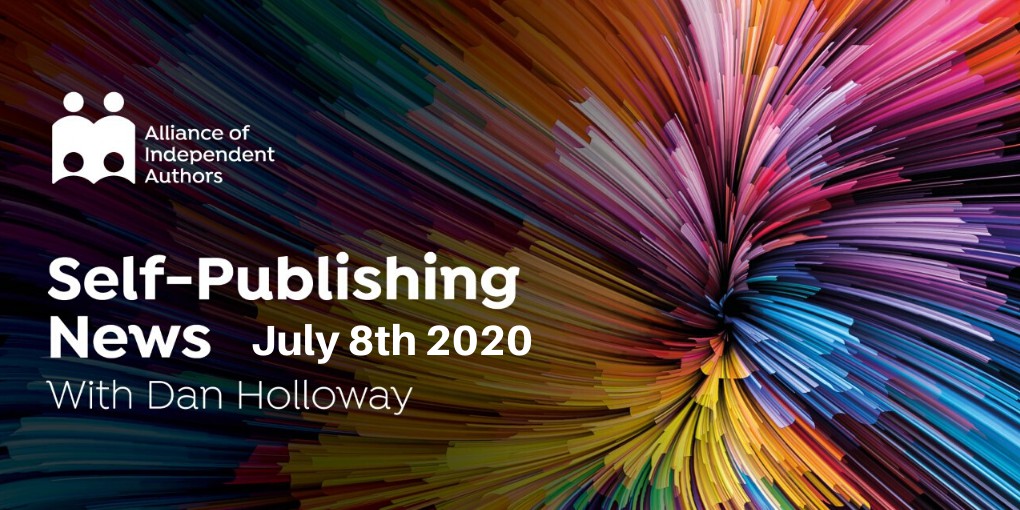 Self-publishing News: How Big is Subscription?

It was a pleasure as always talking to ALLi's podcast editor, Howard Lovy for the latest self-publishing newscast. Can I also point you towards the write-up of last week's #indieauthorchat on twitter on the the balance between creativity and profitability. And speaking of profitability tonight's version (8pm UK time, 3pm Eastern, Noon Pacific) is on the key subject of pricing. I'd also like to draw attention to the Women's Poetry Prize, which has just opened for entries. It honours Rebecca Swift, founder of The Literary Consultancy and a great champion of all literary voices.

As sales tax on ebooks is withdrawn in the UK, KDP have changed their thresholds for royalty rates. Books will now have a 77p minimum for  the 35% rate and £1.77 for 70%. You can read the full prices here.

At the start of the coronavirus crisis, there was a lot of speculation about the short-term, and long-term, trends that would emerge from it. There is no doubt that the expansion of subscription platforms has been a major one. And an example of another pattern – the acceleration of trends that were already emerging. Storytel, after all, was the “story of 2019.”

This week, we’ve seen three stories around the growth of subscription platforms. Two of those stories come from Sweden, the heart of the subscription boom. First comes Bookbeat, which recorded 82% year on year growth in Q2. The company is now setting its sights on entering the Polish market. This comes as Nextory posted a 95% increase in revenue in the same period. It’s also worth exploring this fascinating story from Mark Williams about the growing awareness of subscription in Arab markets.

It’s clear subscription is something we can’t avoid – but it’s also worth noting at the moment that the figures are still small. Nextory don’t post user numbers but Bookbeat are targeting 400,000 by the end of the year. Storytel is only just over the million mark. Compare these to the end of 2019 figures for Netflix (167 million), Spotify (124 million) and Amazon Prime (100 million +). That means it's potentially a great opportunity to get in as the market is growing. But it's also a risky time. On the one hand, the size disparity makes these smaller companies very vulnerable to Amazon's larger reach. That's what makes Amazon's move into Sweden so important. On the other, it might be hard to back a platform when it comes to preserving royalties. Subscription isn't known for its services to artists in the music industry.

It’s been a very mixed year for wholesaler-distributors. Bertrams have gone on the market. Gardners have essentially gone into hibernation. Ingram, meanwhile, have been open and expanding. And this week they are at it again. The company is expanding its print on demand capacity in the US, the UK, and Australia, with new premises in the latter two and greatly increased capacity in existing US facilities.

One of the points I've made a couple of times in the current crisis is that it feels as though we are increasingly moving towards a monopoly position in distribution. This looks like another significant move in that direction.

Ingram’s move on the print on demand market comes as new figures show a growth in US print sales. June’s figures this year showed a 2% year on year increase. This was mainly driven by children’s and young adult fiction – an interesting development in itself. Another interesting result comes from a piece of research into children's literacy in the UK. It suggests that audiobooks are beneficial for improving children's literacy. Taken together this suggests it might be a good time for children's and young adult authors in particular to start thinking about their print and audio strategy.

I very rarely comment on my personal writing life here. But in this context I found it interesting tracking the first month’s sales of my new book. For the first time, I sold a significant number of print on demand copies.

If there’s one part of the writer’s community that’s always at the forefront of new things, it’s erotica writers. And the coronavirus crisis is no exception. It seems that quarantine erotica is the latest trend to hit the charts. And self-publishing writers are, of course, leading the way. Something else for indies to think about in the current situation.

Subscription reading is growing but how big is it? Ingram increases print on demand capacity, and top #selfpub news stories for #indieauthors, in one quick read, by #ALLi News Editor Dan Holloway @agnieszkasshoes #digitaleconomy… Click To Tweet