You will have to excuse the fact that this week has essentially been one spent fanboying. The major indie component of this features big time in the news, but it has been hard, in my literary life, to think of much other than the fact that Phillip Pulman has announced a new trilogy that will inhabit the same world as His Dark Materials. HDM is, IMO, the crowning achievement of writing in the English language of the past 30 years. Excited doesn't come close, but neither does it stop me finding my usual torturous way of dragging my introduction round to Indieland, because it is the thought of triggering that sense of utter untrammelled delight that gets us all out of bed in the morning. As indies we have an unlimited palette at our disposal – are we using all of those colours to their full extent?

“If I were starting out today” 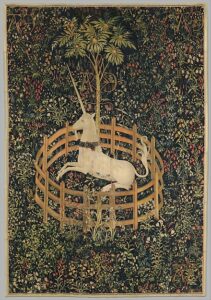 The Unicorn in Captivity

For as long as I can remember, the creative nuclear reactor that is Amanda Palmer and Neil Gaiman has felt like the shining beacon at the heart of Indieland. It is always interesting to be reminded that – unlike Palmer – Gaiman isn’t a self-publisher, despite the fact his “dandelion” keynote at 2013’s London Book Fair reads like an indie manifesto. So this week’s media flurry has been a real punch the air moment. On Wednesday Gaiman held a live webchat, and in answer to my question about his dandelion speech, he stated he felt Kickstarter and Patreon were the future of innovative literature, especially graphic novels. And then in interview on BBC radio he explicitly stated if he were to start now, he would self-publish.

The Way We Write Now 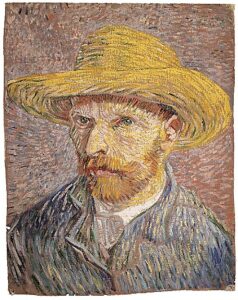 Whether or not Facebook is a media company has been a source of much debate, but what isn't in dispute is the massive influence it has on the way we write and the way we think about communicating. So Mark Zuckerberg's incredibly detailed manifesto on communication and communities, published last Thursday, is essential reading for everyone who cares about these issues that are so central to the way we do things. 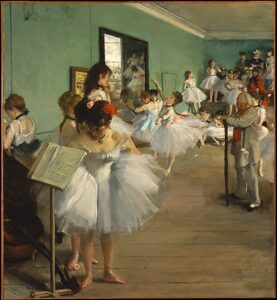 It's been (again) a big week in the world of audiobooks. The first of the two stories that I want to share is the news that Amazon may be planning to launch Audible in India. This week has also seen the launch of the third holding of the APA Audiobook Blogger of the year award. Meanwhile, fabulous news for those of us who like to us pictures, wonderful news from my favourite website Openculture is that the New York Museum of Metropolitan Art has made over 375,000 images available under a Creative Commons No Rights Reserved  License. To celebrate and to say thank you, all of the images in today's post are from this marvellous resource. 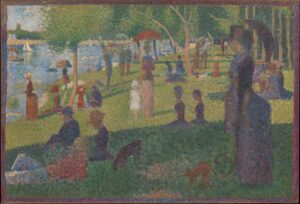 Study for “A Sunday on La Grande Jatte” (~Seurat)

I brought you the news of Amazon's Kindle Storyteller competition, with its £20,000 cash prize. The competition opened to entries yesterday, but the exciting news is that the panel of judges is headed up by indie superstar Rachel Abbott, Lily Cole and, most excitingly of all, ALLi's own Orna Ross.

Do you ever find yourself talking to your favourite characters from books in day to day life? I know I have regular conversations with Dr Lecter (but perhaps we won't go there). Well, a new study tells us we are are not alone. In fact, almost a fifth of readers report they find characters from their favourite novels creeping into everyday life.