It’s not easy writing topical introductions to a global column. At least, it’s not when you’re from the UK and the thing you naturally talk about most is the weather. Because it would make no sense for me to talk about how I’ve been running through the snow and expecting our boiling Australian readers to empathise. Fortunately today is a day that is the same the world over, and one that lends itself to the literary world. It’s Valentine’s Day. The perfect day for a little romance – preferably written by an indie author. It’s been a week where we’ve felt the love here as well. Thank you to the lovely people at Reedsy for listing us as one of the best self-publishing round-ups. Do make yourself a regular visitor to their blog.

Indies in the News 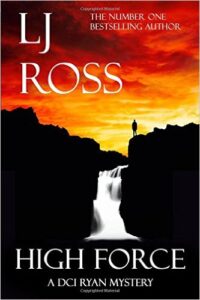 One story it has been hard to avoid this week, which doesn’t have much love in it, was the profile of traditionally-published author Donal Ryan, who has been “forced to seek an income outside books”. I won’t go into the detail – it’s an interesting article with gloom coming from lots of different angles, all of which are worth thinking about. Contrast this with another profile in the Sunday Times. This one of indie author L J Ross (you need to sign up to get a free account to read in full). Ross has moved in the opposite direction. She used to be a lawyer. Now she is a bestselling indie author. No commentary from me. Just an interesting juxtaposition to come across in the same week.

Valentine’s Day aside, it has been a dodgy year for indie romance writers after All Romance Ebooks closed their doors with no notice. This week that malaise spread to fellow romance platform Samhain, who have announced that they will be “going dark”  on February 28th. That is, at least, some notice. A month’s more notice has been given to authors with SFF net, who have until 31st March before the platform closes.

A slightly different angle but the same message comes from Draft 2 Digital and Pronoun. If genre-specific platforms are closing their doors, these all-encompassing platforms are increasingly in the news for new offerings to their authors. Nate Hoffelder makes a very good point in his piece on Draft2Digital’s dropping of its threshold for author payments (following the recent similar announcement from Smashwords). He sees these offerings, which are coming thick and fast (Pronoun have just announced they will be offering authors the chance to list their author-imprints as publisher of record for the free ISBNs they give away) as sign of hotting competition for authors that signals a change in the market – it is no longer a case of signing up new authors; it is about trying to steal your competitors’ segment of an existing pool. In other words, this may be a sign that the explosion of new indie authors is slowing. 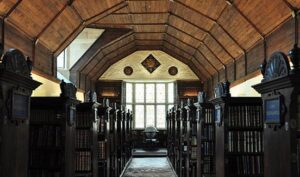 We have heard recently about the expansion of indie ebooks into Canadian libraries through the likes of Overdrive and Bibliotheca CloudLibrary, and their relationships with indie platforms. This week, Goodereader has two fascinating pieces on libraries and ebooks from the other side of the fence – the side of the librarians who curate their ebook offering (that in itself is something many indies may not realise – just like bookstores, libraries curate. And where there’s that unctuous mix of distribution plus curation, there is the opportunity for us to figure out the alchemical catalyst that will create downloads). Toronto Public Library take curation very seriously, and in a library like this, being promoted can mean hundreds of downloads a day. And it is not just librarians who are curating library collections – this article looks at the increasing use of teenage volunteers in curation, which offers yet another fascinating opportunity.

Of course, when it comes to the most important literary story of the week there is no competition – it is the shock illustration that literature’s heartiest heartthrob, Mr Darcy, did not, in fact, look like Colin Firth.

Orna Ross is at the SFWC this week, so if you’re there as well make sure you flag her down to introduce yourselves. Also … there’s a NOT TO BE MISSED One-day event on February 20th. Orna and Joel Friedlander are hosting an all-day F-R-E-E Writing Class together. More Information is available here.