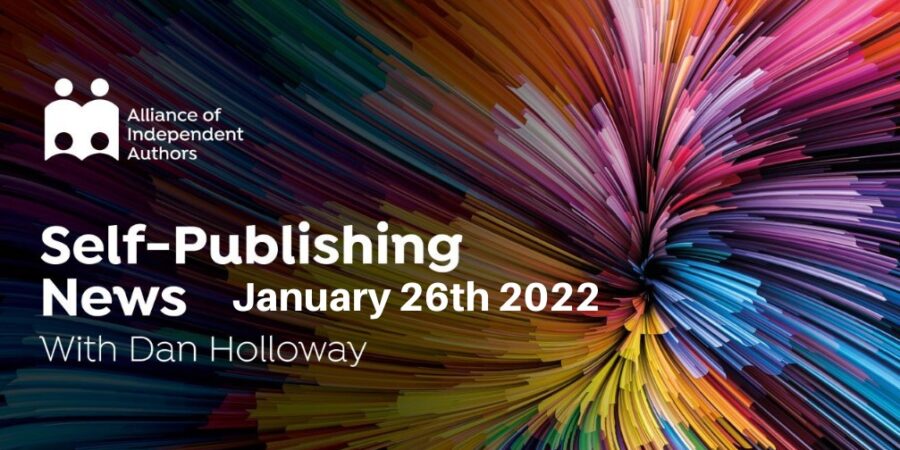 In this week's Self-Publishing News Special, ALLi News Editor Dan Holloway looks at what an easing of the shift in consumer behaviour over the pandemic means for indies.

I very much look forward to seeing many of you on tonight's #indieauthorchat at the usual 3pm Eastern, 8pm UK time when ALLi's Debbie Young will be joining Tim to debunk myths. And on Friday, the new self-publishing news podcast will be out, in which Howard and I discuss many of the Amazon-related stories of the last month.

Publishers are calling on the European Union to sharpen the claws of the forthcoming Digital Services Act. The Act aims to establish which practices are and which are not acceptable online. The basic principle is that if something is illegal offline, it should be illegal online.

The Act seeks to tackle online harm in general, but European publishers have criticised the handling of piracy in particular. The Act allows for takedown of pirated material in the places where it is viewed, and it allows for action against repeat offenders. But it stops short of “staydown” measures which would ensure that pirated material couldn’t pop back up once taken down. And it does not allow for the suspension of platforms that repeatedly host pirated material, nor strict punishment of outbound links to such material.

For those of us concerned about increased piracy of our work, this might feel like a partial win at best. But the flipside is that those who host others’ material (those of us with a blog or podcast, for example) can breathe a little easier about the consequences if one of our guests turns out to be nefarious.

Meanwhile, in the UK the government has shelved plans to change copyright law. Proposed reforms would have made it easier to import overseas editions of an author’s work to the UK. The Save Our Books campaign, organized by the Publishers’ Association, warned this could impact authors’ ability to earn a living from their intellectual property.

This came across my desk just too late to include in an already stuffed column last week. But I have been thinking about it ever since. Of course I have, because I spend a ridiculous amount of time thinking about notebooks in general. It’s part of being a writer.

Last week, publishing giant Hachette bought Paperblanks. Paperblanks make some of the most beautiful notebooks you could hope to find. And unlike many beautifully-covered journals, they actually (most of them) lie flat. Which means they are useable as well as exquisite. I had always thought of Paperblanks as a niche product. Apparently they’re the second largest in the field, only behind Moleskine.

It felt like a strange partnership at first. Of course it’s not really, because writers and notebooks are eternal companions. But also because journals are books. Books that someone publishes. And I think a lot of us forget that, and the opportunities it can present for us. Especially those of us who write non-fiction. Of course, getting a print on demand journal to lie flat and be really user friendly is a whole other issue! But maybe there’s a demand out there for a service to offer this that’s just waiting to be tapped.

How Our Behavior Changed

In March 2020, people’s behavior changed suddenly for entirely understandable reasons. One of the most significant changes was that people’s leisure activities moved from the outside world into their homes. Some brands scored massive hits from this as others struggled.

And one of the questions no one has really been able to answer is how many of those changes would stick. There has been a lot of rhetoric about “things never being the same again.” But strong box office showings at the cinema and people’s return to office buildings has suggested that some people at least want to get back to some of the old ways of doing things.

Are Streaming and At-home Leisure Slowing?

This week, we have seen a really notable confluence of stories that suggest the behavioral changes Covid swept in might not be as sticky as first thought. And that will have implications for how we plan our business in the months to come.

Two companies that have embodied this new way of pursuing leisure have had public struggles this week. Netflix, which became a symbol of consumers’ move to streaming content, recorded its slowest growth since 2015. And Peloton, synonymous with the move to home-based leisure, has halted new production of its bikes and treadmills because things have slowed so much.

And when it comes to working out how this might affect the way people read, we can also turn to a third behemoth, Spotify, that has been in the news. Spotify, of course, has positioned itself as the future of all audio. But this week, it emerged that Spotify was losing market share. What does this all mean? I don’t think it means that subscription is going away as a dominant way people want to pay for their reading. But it does seem as though the landscape in which that happens might not be as fixed as we had thought.

I have covered the rising costs of printing before. This week, a story in The Bookseller carries the alarming figure that print costs have risen by 40% in the space of just 3 months. The article focuses on the impact this is having on small publishers in the UK, but it can’t be long before it filters through to print on demand costs. And coupled with bookseller discounts, that could price us (even more) out of some markets.