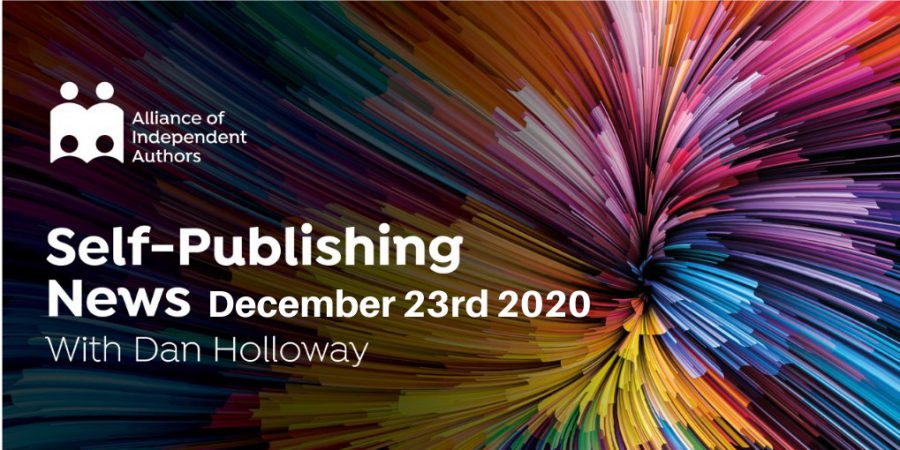 In this week's Self-Publishing News Special, ALLi News Editor Dan Holloway looks at the literary industry's person of the year and the film industry's move to subscription.

The end of the year means inevitable forward-looking and backward-looking. In our latest self-publishing news podcast, Howard and I look back at the year's biggest story, Audiblegate. Which is also still current news.

Publishers Weekly Person of the Year

Most people who read this column will be aware that Time has a “Person of the Year”. One of the more interesting features of what is often a fairly anodyne publicity fest is that this is not always a named individual. (It’s not even always a person – in 1982 it was, famously, the computer). Previous winners have included “you” (2006), meaning internet content creators, and “the protestor” (2011). What fewer may realise is that our own industry magazine, Publishers Weekly, also has a person of the year. And this year, they have awarded the title to an unnamed person. Specifically “The Book Business Worker.” Technically, like Time’s “You” of 2006 that includes, well, you. So well done!

But it’s something that’s also worth unpacking a little. Because this year our industry has faced some fairly large challenges. Covid is only the most obvious. Not only has Covid closed bookstores, and cancelled events, where it has hit writers’ incomes we have too often seen government-led support fail to protect us. Amazon has been ever present as always, and not always benignly. And while Amazon employees are also award-winners (as is Jeff, because of course what he needs in a year when the headline figure is that if he gave $105,000 to each of his employees he would still be as rich as he was at the start of the pandemic is more validation), many – especially booksellers – have felt Amazon and Covid as a pincer movement. And then there has been considerable reflection in the wake of the killing of George Floyd that has shown our industry still has some serious diversity issues.

If I had to nominate a person of the year, I would probably have to follow another of Time’s trends. It often awards the title to people who have made a big impact rather than a good one. So it would be hard not to single out the ubiquitous James Daunt. Which brings us back to the “Book Business Worker.” Because if there’s one thing Publishers Weekly and James Daunt have in common it’s saying good words about the people who hold our industry together. But if there’s one thing so many of them – including us – need right now it’s not words. It’s decent pay.

Something I say a lot, and which more people are realising in the Covid era, is that data matter. And for me it's the issue at the heart of Audiblegate. As indies we, just like any other businesses, rely upon data to help us make good choices. So new sources of data are particularly welcome, especially when they shed light on something we have been speculating about. That makes a new French report into the consumption of digital media during Covid very timely.

The figures clearly show growth in digital reading during the pandemic, of both audio and ebooks. And one of the key insights is that this appears not just to  be an expansion of people's existing habits. People have turned to reading who weren't readers before. And they are diversifying their reading format. 20% of audiobook listeners hadn't used the format prior to the past 6 months. It's also interesting that the largest increase in digital readers is among 15-34 year old men. For authors in the genres they go to, that's something well worth knowing.

Subscription has been one of the stories of the year. And the ongoing Audiblegate struggle shows just how much it matters that writers both keep abreast of developments and are involved in shaping the future landscape. One of the points I have consistently tried to make is that while subscription may be a small part of the book market, it is much bigger elsewhere. (Which brings with it the further point that in some of those elsewheres it's not working out too well for creators).

This month we've seen film take a massive step in the subscription direction. First up was Warner Brothers, who announced all their 2021 releases would be put on streaming service HBO Max at the same time as their cinema release. And this week saw a massive announcement from Disney. Disney Plus, home of the smash hit The Mandalorian, is greatly expanding its Star Wars offerings. This will see 10 new series and films in the coming years. And all of them will be coming first to Disney Plus. This comes as the service is already closing in on 100 million subscribers.

The literary industry's person of the year, the film industry's move to subscription, and top #selfpub news stories for #indieauthors, in one quick read, by #ALLi News Editor Dan Holloway @agnieszkasshoes #digitaleconomy… Click To Tweet