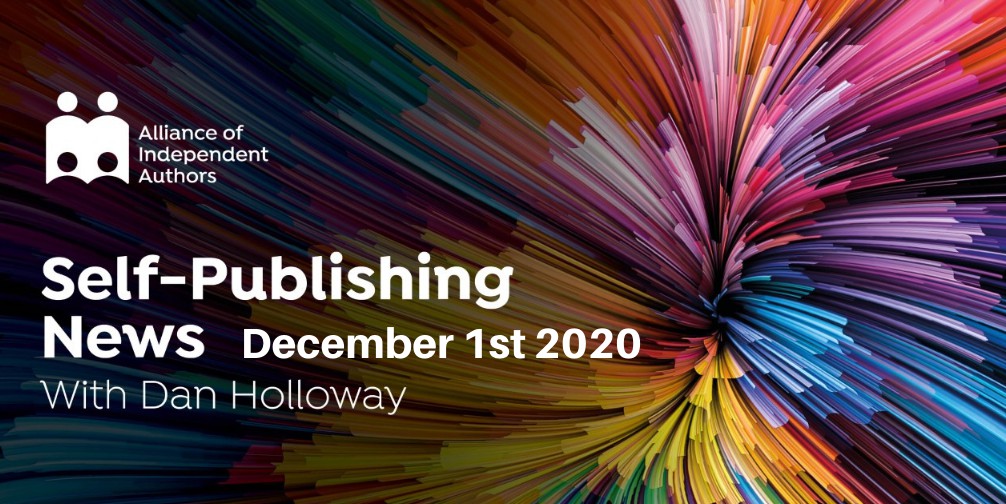 In this week's Self-Publishing News Special, ALLi News Editor Dan Holloway looks at Audiblegate and the united response of writers' organizations that ACX/Audible's response was not satisfactory.

Do listen to Howard's and my first dedicated self-publishing news session on the ALLi podcast. We talked about bookstores and the launch of Bookshop.org, as well as AI. Don't forget that tonight at 8pm GMT (3pm EST) we have #indieauthorchat over on Twitter, where Tim will be debunking self-publishing myths!

Last week’s column went to press just as breaking news came in that Audible/ACX had moved their position on returns. And just as, at the same time, writers’ groups – including ALLi – started making their position clear. The response wasn’t enough. There is a very clear and detailed outline of the extent of the outcry from authors’ groups over at Publishing Perspectives. They include the Society of Authors and Authors Guild of America as well as ALLi.

I want in particular to highlight an updated blog from Susan May. Susan was the person who first blew the whistle in a big way on this. And she has been instrumental in setting up the Facebook Group “Fair Deal For Rights Holders and Narrators.” ALLi still recommends all concerned authors and narrators to join that group.

Our own Orna Ross, Director of the Alliance of Independent Authors puts the key issues very succinctly:

Our own data is indie authors' lifeblood, and Audible are denying us access

While the former is a vital principle, the latter is really worrying. And it’s what Susan May doubles down on in her blog. Author dashboards do not give sufficient granularity for us to make a judgment on the extent of the problem we face. And transparency and control of data is one of the main reasons many of us chose the indie route. It is key to so many decisions we make. Without it, not only can we not assess how much Audible's actions might be costing us. We cannot make an informed decision about which platform to use for this, or subsequent, books. Which books most deserve any promotional money we might spend. And so much more.

As John Doppler, ALLi's watchdog puts it, “Transparent and accurate accounting is the most crucial responsibility of any publisher, distributor or self-publishing platform” and the minimum requirement in a business partner.

A further worrying issue has emerged over the past week. Many indie authors have reported receiving emails from Audible claiming that there is suspicious activity on their accounts. These authors have had their accounts frozen as a result. There is no proof that these, as far as anyone can tell entirely unjustified, emails are related to complaints about returns. But this is something else everyone would really like to hear from Audible about.

Bookshop.org Puts Print on Demand Titles Back on Its Shelves

Last week, we reported that print on demand books had been disappearing from Bookshop.org, something that primarily affected indie authors. Bookshop had issued a public apology and undertook to rectify the problem swiftly. Within a couple of days of this apology, books were reappearing. It seems as though now they are all back. Bookshop have also made it clear that Gardners have been incredibly helpful in resolving this issue.

Two of this week’s other stories provide some context for Audiblegate. They involve two of the other prominent players in the audio subscription market, Storytel and Bookbeat. That serves as a reminder just how much subscription is becoming the dominant way in which people consume an ever growing number of audiobooks. Bookbeat have hit their 2020 target of 400,000 subscribers with a month to spare.

The Storytel news is more eyebrow raising. The Norwegian arm of the company denies that it will start paying publishers per minute of listening rather than per download. Remember, Norway is the country where authors have taken to the courts to demand their publishers make their books available on as many platforms as possible. If there is any truth in this, they may have an even better point than it already seemed.

All of these stories lead me to repeat what I have been saying for over a year now: please keep abreast of developments in audio subscription. As the market grows and what customers expect changes, the ramifications are potentially huge.

If you weren’t part of the indie world, you would be forgiven for thinking another story was the big news of the week. In mainstream land, all the talk has been of Penguin Random House’s takeover of Simon and Schuster. This, in effect, means that instead of the Big 5 we now have a Big 4. Does this matter? Well, it’s easy to say no. On the other hand, I’ve seen it reported as a “publishers line up their forces to take on Amazon” move. And if that were true it definitely would matter to us. Because this week has reminded us just how much Amazon matters in our world.

As you know, my day job is working at a university. So when I see talk about the “Big 5” it always makes me smile a little. I often report here on how small the sums in publishing are compared to industries like gaming. But a very short spell of googling confirmed my other impression. That while we talk about the $2.2bn takeover of one big publisher by another we are talking more than an order of magnitude smaller than the $44bn market capitalisation of RELX, formerly known as Reed Elsevier, whose operating profit last year alone was more than one and a quarter times the whole price paid for Simon and Schuster.

An equally momentous story that has just broken sees what seems to be the end of BookExpo and its associated event Bookcon. BookExpo has struggled in recent years. There has been rebranding from BookExpo America. There was uncertainty over how to respond to Covid this year. And you will remember that last year, ALLi no longer targeted it as our main US fair to work with, moving to the revamped DigitalBookWorld. In this changing climate it will be interesting to see what if anything takes its place.