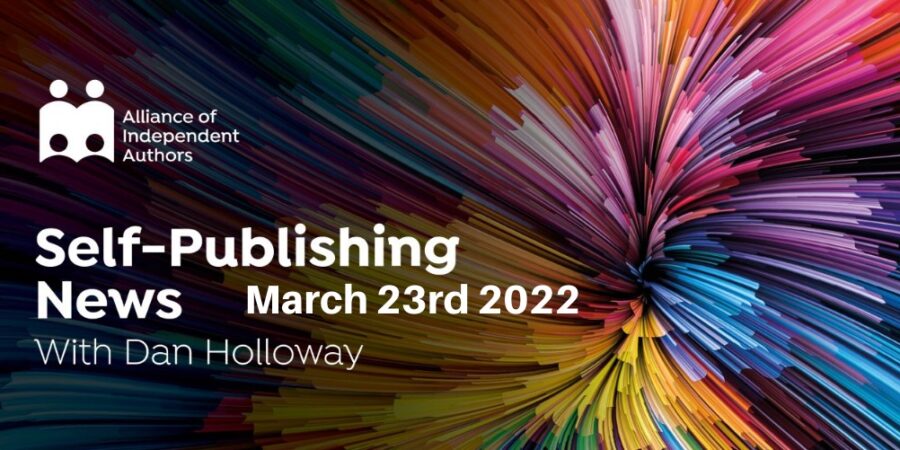 In this week's Self-Publishing News Special, ALLi News Editor Dan Holloway looks at the #PayTheCreator Campaign seeks to end payment by “exposure” and Brandon Sanderson's response to his phenomenal Kickstarter.

The new Self-publishing News Podcast is out in which Howard and I discuss, among other things, why Amazon removed indie authors' books without warning or explanation earlier this year. I very much look forward to seeing many of you on tonight's #indieauthorchat at 4pm Eastern, 8pm UK time when Tim will be leading a discussion about the most productive writing techniques. Please note the time change for the second week while the UK and US are out of sync!

Author pay is in the news on a fairly regular basis. Indeed, this week’s column is a perfect example of the way it’s covered. Some of the time, we learn that an indie has made good. Or made $31m and counting if you’re Brandon Sanderson. And most of the time there are reports that authors’ median earnings are way below a living wage and still falling. This story is about a response to the latter.

#PayTheCreator is a UK-based campaign that spans the arts. On the writers’ side it has the backing of the Society of Authors. As indies, we don’t necessarily get “paid” in the way authors with a contract from a publisher do. So talking about “fair pay” might not seem as though it applies to us. But this is about more than asking for bigger advances and better royalties. It tries to tackle head-on the “e-word”: exposure.

“All too often, authors and other creatives are offered payment in kind – through ‘exposure' or ‘opportunity', rather than financial payment for their work,”

Reads the Society of Authors release, which is a message we can all get behind. And, as it goes on:

“Inequitable payment disproportionally affects those who are under-represented within the industry, limiting their chances to make a living from their creativity and to remain in the sector.”

Which applies to indies as much as it does to any other author.

Brandon Sanderson: The Responses and the Reality

And so to the other side of that coin. Brandon Sanderson’s Kickstarter has 10 days left to run. And as I type, it has raised more than $31m. As you might expect, the hot takes are coming thick and fast. But I want to draw your attention to two voices in particular to help understand the import of this story.

The first is, Sanderson himself, who has posted at great length on his website. I am always grateful to authors who go into great detail about their business. In Sanderson’s case, this detail provides fantastic context for the campaign. And a clear explanation of why we shouldn’t all rush to follow.

There’s interesting information on where the money will go (warehousing is not a cost most of us need to consider, but if we sold $31m of books including print titles we’d soon have to). But the numbers are the really interesting bit. Sanderson’s recent books have sold between 250,000 and 800,000 in their first year. We learn 2 things from this. First, the level of fanbase Kickstarter requires. And second, the one he zooms in on, how many of those year 1 buyers will want to get their copy on day 1. A lot, it turns out.

A final interesting note – Sanderson is not leaving his publishers. Though having said that, he is very open and honest about what he sees as the major problems the industry faces.

Second, I’d like to point people to Kris Kathryn Rusch’s post(s) on the whole affair. Because as so often she is the voice of reason. And explains the actual nuts and bolts of what Sanderson did. Alongside explaining why sounding like you’re jealous of someone else’s success isn’t a great look. She ends with the most fundamental point of all. Unlike publishers’ advances, whose success is often as easy to predict as an ancient form of augury, Sanderson’s success was driven by one thing. Readers wanted to read his books.

Following the bus principle of nothing happening for ages then 2 things coming at once, this has been a busy week for Amazon Prime. First up is the news that the $8.5bn acquisition of MGM has finally gone ahead. The implications of that deal are very simple – the MGM back catalogue is ripe for harvest by Amazon Prime. Expect Bond films in your Prime package – probably timed to coincide with the announcement of Daniel Craig’s replacement.

But anyone who does sign up for Prime at the thought of all those new goodies may find it hard to change their mind. Business Insider has obtained inside documents that show from 2017 Amazon instigated a campaign to make it harder to cancel Prime membership. This included the endless offers and interstitials many will be familiar with. It led to a 14% reduction in cancellations. Not because of a decreased desire to cancel. But because they made it harder to do so. They even had a “you couldn’t make this up” name for the project: “Iliad”. Thanks to Nate Hofelder for the tip in his excellent weekly coffee break mail.