In this week's Self-Publishing News, ALLi News Editor Dan Holloway fills us in on the latest with a new text to speech tool that enables you to write a podcast in your own voice, cuts to sales tax on ebooks in Europe, and Audible's fair use claim for Captions.

We all love a list. We especially love a “best of” list. This week I've enjoyed the bunfight that has followed the Guardian's “100 best books of the century” as much as the list itself. Of course, you know what's missing. Self-published titles. So, do contribute your own in the comments and on twitter. How about an #indieofthecentury hashtag. Many books by ALLi members would obviously be on it. I've probably edited a couple! But to avoid favouritism let me get the ball rolling with an obvious choice: The Long Journey to a Small Angry Planet by Becky Chambers. 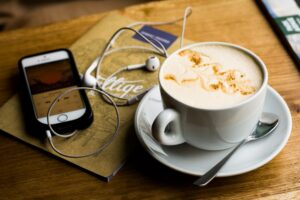 We talk about the art of the podcast a lot in this column. The podcast is not only increasingly popular with content providers but, crucially, with consumers. This week saw the announcement of a fascinating merger in the podcast space between Lyrebird and Descript. The result is a text to speech tool that will enable you to create a podcast in your own voice.

And while we’re on the subject, this is a great opportunity to remind you of ALLi’s own fabulous weekly podcast.

As you will remember, the European Union passed legislation a year or so back regarding sales tax on ebooks. This allowed member countries to reduce sales tax on ebooks to a level (often zero) with print books. A recent industry campaign in the UK called for the government to do that. But Poland is the latest country to take action. They have cut sales tax on ebooks from 23% to 5%.

Meanwhile it’s all go on the ebook resale front. I reported last week on an interim opinion by the European courts. That opinion stated that copyright in ebooks was not subject to the same principle of exhaustion as in print books. But the latest ruling in a French court relates to games. It permits the resale of digital games. Nate over at The Digital Reader makes an interesting case that this brings us a significant step closer to the resale of ebooks.

Audible UK’s 2018 sales figures are here. And they take some unpacking. Fortunately, Mark Williams has done an excellent job of doing just that. I would recommend taking some time to look through his write-up before deciding how to weight the various headline figures. In part this is because the figures are still relatively small so small factors can have a large effect on percentages. And in part it is because Audible’s structure has changed so it’s not strictly an apples to apples comparison. Furthermore, Amazon aren’t the world’s most transparent or detailed company for financials. All those caveats aside, the message seems to be this. The rate of sales increase (37% down from 48%) may be slowing but the rate of profitability is rising (from £3.1m to £6.4m).

We are still waiting for a ruling in the Association of American Publishers’ suit against Audible. They argue that Audible’s proposed captions feature represents an unpaid-for rights grab. Audible have now hit back claiming the feature is covered by fair use. As Porter Anderson notes, this creates an interesting comparison with Google Books. Google Books was found to be fair use because it did not distribute the whole of a book. Audible Captions does. The main point I want authors to take from following is this. This is about more than Audible Captions. This is about what a book is, what reading is, and where rights reside in the future literary landscape.

Also on copyright is the Copyright Alternative in Small-Claims Enforcement (CASE) Act in the US. This would simplify the process for bringing small claims of copyright infringement. The Act is nearly at the end of the process of being passed into law. This article in Publishers’ Weekly gives a succinct summary of why it could be so helpful for authors.

A new podcast tool lets you record a podcast in your own voice just by writing & other top #selfpub news stories for #indieauthors, in one quick read, by #ALLi News Editor Dan Holloway @agnieszkasshoes #digitaleconomy… Click To Tweet

Would being able to create a podcast in your own voice just by writing make you more likely to give it a go? And which are your “best indie books of the century”? Let us know in the comments below.