Self-publishing News: Most Sales or Most Reads?

Well that was a week! I won’t go into the details because this isn’t a column about me – but I am delighted to say that I bring this report to you in rather bleary-eyed fashion because as I would usually be putting some structure to the points I have been gathering all week I was in fact making a fool of myself, er, pitching at the Oxford University Humanities Innovation Challenge, as I, er, might have mentioned last week. I found out about the event when I was asked to forward the details to the academics and students I work with (which I did). Noting there wasn't anything prohibiting me from entering too I decided I had nothing to lose, and I had an idea I was desperate to share, so I did. And two weeks later I won, and now have a series of meetings with mentors and the start-up cash to get my idea to market. The message of which is twofold “Grab any chance when it comes” is the obvious one but equally important is “Barge your way in, even if you're not really meant to.” Which is a fairly good summary of the indie life.

How to have an interesting picture for a chart. See the end for the story. Image from Ars Technica

After a quiet spell in which they did seemingly little, this week it has been impossible to escape Amazon. And the biggest story by far has been the announcement of new Amazon charts. That might not sound momentous, but when they say new, they mean it. This is a chart that combines most sold with most read – which Amazon’s own press release explains as being a measure of what Kindle readers and Audible listeners are actually doing on a day by day basis. Of course there are so many ways in which this is fascinating for us data addicts, but this is essential watch for everyone. It offers great insight into whether people are actually reading the things they buy – and not least because audio is in the mix. The most sold charts also includes information about Kindle Unlimited borrows. Needless to say the pundits have been out in force. Here are just a couple of takes on it – I am sure ALLi will have thoughts very soon.

One story that continues to rumble is Amazon's decision to, for want of a better way of putting it, auction off the buy button for print books. The long and short of it is that when you go to a book's landing page you traditionally had a series of pink “buy” buttons for the various formats, with writing underneath offering you new and used versions from sellers other than the publisher. What those sellers can do now is buy the right to have their link appear in the main paperback button. Publishers have, for rather obvious reasons, been getting somewhat upset about this, along with many traditionally published authors. It’s good to see, this week, that as ever Nate Hoffelder has a refreshingly untinted take on this, pointing out a situation in which for indies entering into Expanded Distribution this could actually work out well.

Still with Amazon for two Prime related stories. While the continuing growth of Prime has led to an upgrade in its stock, the UK is the latest location to have the Prime Reading service rolled out, allowing subscription to thousands of magazines. This is before we even start on their new bricks and mortar stores!

Other Platforms are Available 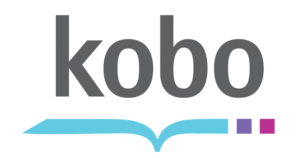 I hear a lot about Streetlib. It has a lot of fans, and their latest offering is to join Kobo Writing Life and Draft to Digital as a platform for getting your work onto Kobo Plus. Meanwhile, very interesting news from China is the launch of largely English-language platform Qidian to audiences outside of China.

From time to time I like to remind you to keep an eye on Bookbub’s blog. This week’s offering is another to prompt such a reminder. Their highly annotated list of reasons why books don’t make the cut should be, for the many who long to feature there, absolute gold dust.

The observant will have noticed the rather strange colour chart in my first picture. You will also know that I love bringing you stories of where Artificial Intelligence is in its quest for creative inspiration. Well, the answer is that where it is this week is creating paint colours and names. Here is the programmer's fabulous tumblr. Whilst we are so often transported into the worlds our homes could become with inspirational, aspirational copywriting nuggets such as “eternal heather” and “Dante's teardrops” it may be a little while before aI transports us to such paradises with the likes of “Snowbonk” and “Bank Butt”.