In this week's Self-Publishing News, ALLi News Editor Dan Holloway fills us in on the latest with writers launching a lawsuit against Cengage for changing their royalty terms and publishers doing likewise to block the launch of Audible captions.

I had the interesting experience at the weekend of having a film crew follow me around as I took part in the European Speed Reading Championships. One of the more interesting conversations we had was about the nature of reading. We went to places very similar to the debate about whether listening to audiobooks is “reading”. I was left more than ever thinking how limiting it is to think of one particular form of enjoying books as somehow being “the real way”.

Is Amazon tackling its copyright problem?

We know Amazon struggles with copyright. David Gaughran has relentlessly and expertly exposed their problems with content-scraping in Kindle Unlimited. And recently Amazon Marketplace has come under pressure regarding fake goods from 3rd party sellers. The latest problem relates to books where rights vary across markets. Some books are in the public domain in some markets and not others. The question is how to ensure they stay protected in the relevant markets. Amazon’s response has been to claim that until there is a one-stop-shop cataloguing rights across domains this is practically impossible. The real question is whether Amazon are highlighting a key need for a digital economy. Or simply shirking their responsibility. 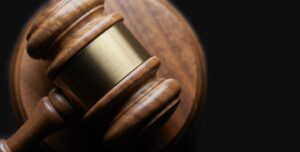 Photo by Bill Oxford on Unsplash

It feels like something is in the water these days. The literary world has become very litigious. This week there are two big legal developments. First up is a story we’ve been following for some time. The Association of American Publishers has launched a lawsuit against Audible to prevent the launch of its new captions feature. The suit, supported by a host of the big houses, alleges a rights grab. The suit claims text and audio are separate markets, and Audible only has rights in the latter.

It has been interesting seeing commentators’ take on this. Passive Guy, who is an actual copyright lawyer, has little time for the lawsuit. Elsewhere, commenters point to different precedents. Nate Hofelder looks to Google Books as an example of news practice where publishers were forced to give way. David Gaughran, on the other hand, points to Amazon’s climbdown over text to speech. Watch this space.

In a further lawsuit, authors have taken out a class action against Cengage. Cengage is a textbook subscription platform. The lawsuit alleges an unlawful change to the contractual royalty agreement with authors. And the Authors Guild has backed the lawsuit. The change is from a per-use royalty to a “piece of the pool” payment similar to that for Kindle Unlimited. We have reported regularly on the increase of subscription models. What happens to author royalties in this new climate is sure to be a recurring theme.

I try not to write about stories in which I have been involved. The exception is when the story in question reflects no credit on me. This is largely true in the case of the first Novel London Literary Festival Award. My role was that of judge, so the only credit I deserve is for my impeccable judgement! Judging was anonymous, so I had no idea whose books I was reading. But I am delighted to discover that the winner was ALLi’s own Melissa Addey for The Cold Palace. I wrote in my judging notes this was “a text book example of everything it is possible to do write in an opening chapter.” It’s wonderful to see yet another ALLi prize success.

Meanwhile I'm delighted to see another great opportunity. The Ginkgo Prize seems entries in the area of ecopoetry. It has a more than generous £5000 first prize, and a September 15th deadline.

Authors launch a lawsuit in relation to subscription royalty changes, publishers launch a lawsuit against Audible & other top #selfpub news stories for #indieauthors, in one quick read, by #ALLi News Editor Dan Holloway… Click To Tweet

What are your feelings about the increasing move to subscriptions for readers? How do you think it will affect your earnings? Let us know in the comments below.