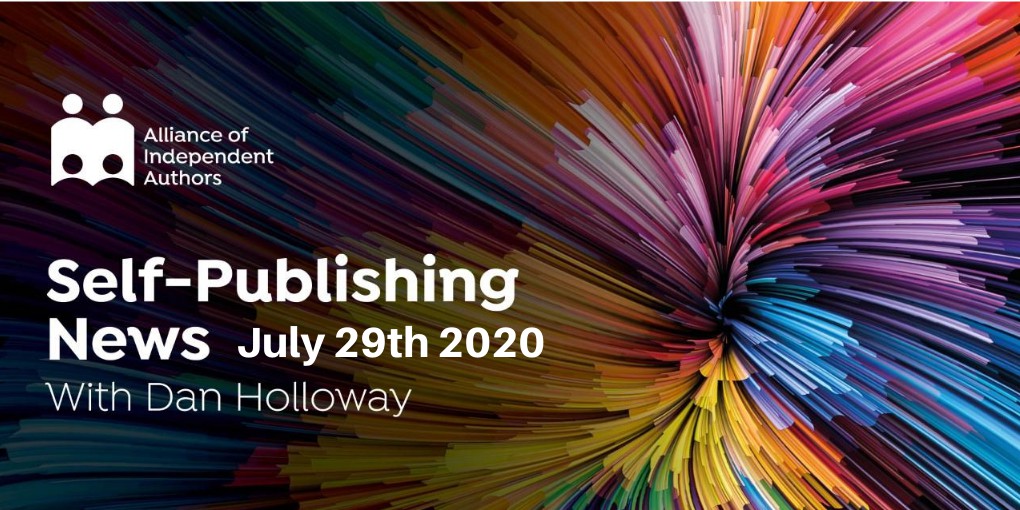 It’s launch week for ALLi’s new guidebook, 150 Self-Publishing Questions Answered: ALLi’s Writing, Publishing, and Book Marketing Tips for Authors and Poets, written by ALLi’s Outreach Manager M.L. Ronn (Michael La Ronn).  You can read an excerpt in this blog post and you can purchase the book here  As with all our guides, ALLI members can access their complimentary e-book copy in the member zone. Members: just log in and navigate to “Guidebooks”
Congratulations and happy launch week to Michael!

Kickstarter and Wattpad – Different Weeks for Companies at the Cutting Edge

This week’s breakthrough story has been much more positive on the surface than last week’s. Interestingly, like last week’s, it focuses on a reissue of an author’s breakthrough book. In this case it’s a special edition of Brandon Sanderson’s The Way of Kings. Sanderson decided to launch his book on Kickstarter. The $5.8m and counting raised so far has made this the most successful publishing Kickstarter ever. Interestingly, like Dawson last week, what this illustrates that we can take away is the power of having a fandom you can communicate with directly. In a really important piece, Kris Kathryn Rusch doubles down on what this means. As she points out, Kickstarter campaigns like this show just how disruptive authors going direct to their fans can be.

It has been quite a week for tech security. As many of you will know, I am a keen runner. So like millions I have been watching the news unfold about the ransomware attack on Garmin. It seems like we've had our own issue in the book world. Thanks to Nate at The Digital Reader for spreading the message from Wattpad that the sites recommends users change passwords after a potential security breach.

Last week’s story about Mark Dawson’s book The Cleaner and its chart position was filed in a hurry. It’s an unwritten rule of having a weekly news update column that whenever you schedule it, the biggest story of the week will break just after you file. So I wanted to, er, clean things up. Nielsen have reclassified the 400 sales of The Cleaner, and the Sunday Times Bestseller List has changed accordingly. ALLi has issued a full statement on self-purchases of books (including Mark Dawson's) which will be helpful for anyone concerned after the past week's events.

At the moment, everyone is very aware of sales figures. Of course, we are always aware of them, but at the moment we are very twitchy about even slight variations and what they might mean in terms of possible trends. This week, we’ve seen bookstore figures falling 59% in May, for example.

Covid has provided a new context for a conversation that has been happening for some months now. That conversation focuses on cannibalization. Of sales, that is. Specifically, publishers have been increasingly worried that some channels which pay them less have been eating into other more lucrative channels. Recently, this has been the main reason given for the introduction of “metred usage” rates to libraries. These restrict the amount libraries can lend books out immediately after they have been published.

I was very interested to see a piece in Publishing Perspectives discussing whether book clubs might be cannibalising sales. One of the reasons I was interested is that all this sounds ridiculous, I've heard it before. In fact, I've witnessed several conversations among indies about book clubs. One of the issues has been clubs asking for multiple free copies of books. That really is murky water. But even book clubs that pay seem to worry publishers according to this article. Passive Guy also has an interesting take.

Is Covid-19 Changing the Way We Write and Work?

The Federation of European Publishers has issued initial thoughts on how Covid-19 has impacted publishing. You can download the full report, Consequences of Covid-19 on the Book Market, here. There are some very bleak figures about the loss of sales, especially early in lockdown. The impact on publishing schedules has also clearly been heavy.

One thing which won’t be changing, it seems, is the Booker Prize. The longlist has just been released. Pundits will spend the next couple of months pretending anyone is talking about anything other than whether Hilary Mantel will make it 3 out of 3 for her Thomas Cromwell trilogy. What they won’t be focusing on is the £5000 pay to play. That’s the sum (+ VAT) all publishers have to pay towards “general publicity” if their book is shortlisted. Sam Jordison, whose Galley Beggar Press has, as many small presses do, punched above its weight and attracted Booker’s attention twice, wrote this scathing and really important piece last year after he made the shortlist with Lucy Ellmann’s Ducks, Newburyport. This is one of the things – along with the basic T & Cs – that makes prizes like the Booker so out of reach for us as indies.

One company that has done a lot of reflection on change during Covid-19 is Barnes and Noble. In fairness, it needed to. And also, it was doing a lot of rethinking anyway with James Daunt taking the helm. Daunt’s latest thoughts on reopening the chain’s stores, and what bookselling post-Covid might look like are worth a long read. Not least because his influence reaches far beyond Barnes & Noble.