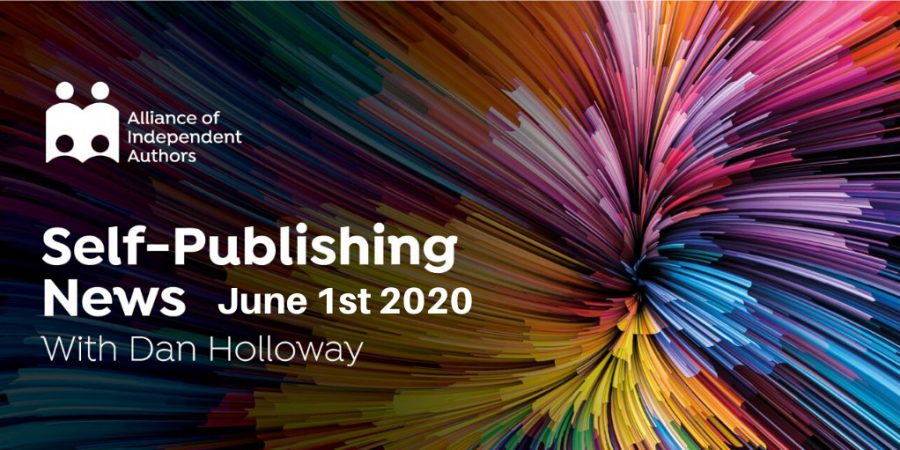 In this week's Self-Publishing News, ALLi News Editor Dan Holloway takes a look at the Association of American Publishers' lawsuit against Internet Archive.

Remember, ALLi publishes a summary of the questions and answers from its weekly #IndieAuthorChat Twitter chat on the ALLi blog. This will be published on the Tuesday after the chat. Tonight's chat will be about publishing after lockdown. And a reminder that ALLi has created a resource that seeks to answer any questions you may have about Covid-19, from concerns about the impact on events to ideas and news about how the services we rely on are responding. And as we look at online events in the news, do read this fabulous ALLi post on how to host online events as an author. You can also catch up with all last month's self-publishing news and more in our latest podcast from Howard Lovy.

One of the first stories to break during the coronavirus crisis was the launch of the National Emergency Library. A rebranding of Internet Archive’s Open Library, this incurred the wrath of publishers right away. It has always been controversial, but from March it suspended its controlled digital lending. That meant it could only lend as many digital copies at one time as it had physical copies. New “emergency” procedures meant it could lend as many as there was demand for. Including books under copyright. Internet Archive has always insisted it had a robust system to remove copyright material where rights owners objected. Many publishers and authors disagreed.

Now the Association of American Publishers has sued for copyright infringement. And they have received support from the Publishers Association in the UK.  I was particularly interested to read Passive Guy’s take, which is against the Emergency Library but reminds people of a lot of the other things Internet Archive does. In the UK we have had particular cause to remember that the past week or so. It was the Wayback Machine, run by Internet Archive, that caught Dominic Cummings doctoring his blog to make himself look prescient in regard to coronavirus. It is one of the most valuable investigatory tools we possess.

I’ve reported several times recently on wholesaling and distribution. This week, Bertrams, currently up for sale, sold its bookselling system, Bertline, to the Booksellers’ Association. The plan is to use it to support independent bookstores. It is very interesting to think about the wider consequences for some of these moves. Indie authors generally access bookstores through Ingrams, thanks to the connection with Ingram Spark. Will this latest move make it harder for us to do so? Or will a truly indie-oriented distributor provide opportunities?

It’s hardly a secret that publishing has a diversity problem. And as streets and social media alike rose up in anger, the industry, or at least parts of it, have responded. Yesterday, many parts of the creative arts used the hashtags #blackouttuesday and #theshowmustpause to promote Black voices. This week, We Need Diverse Books has launched two grants of $2500, funded by Celeste Ng, to support authors from diverse backgrounds. And in the UK, Knights Of has launched the campaign #inclusiveindies. It aims to raise funds to support Black owned publishers who publish Black authors. And bookstores have also been showing support for protests over the killing of George Floyd. Several have launched anti-racist reading lists.

The longer time goes on, the more we are seeing what the book industry’s medium as opposed to short-term strategy might look like. In the case of book fairs, it’s a mixed picture. In the case of Frankfurt’s Buchmesse it’s literally mixed. Organisers have decided to combine in-person events with online ones. And it’s not gone down well with the industry. Harper Collins, MacMillan and Bonnier have all withdrawn so far.

Meanwhile BookExpo, who for a long time had faced criticism for postponing rather than cancelling their 2020 edition have just closed their virtual fair. And they are claiming a success, with 20,000 people accessing content from their library day. It has to be said, that’s not quite the same as the figure north of half a million who attended Bologna last month.

Let us know about great online events of interest to indies, and novel ways of moving what you do online in the comments below.