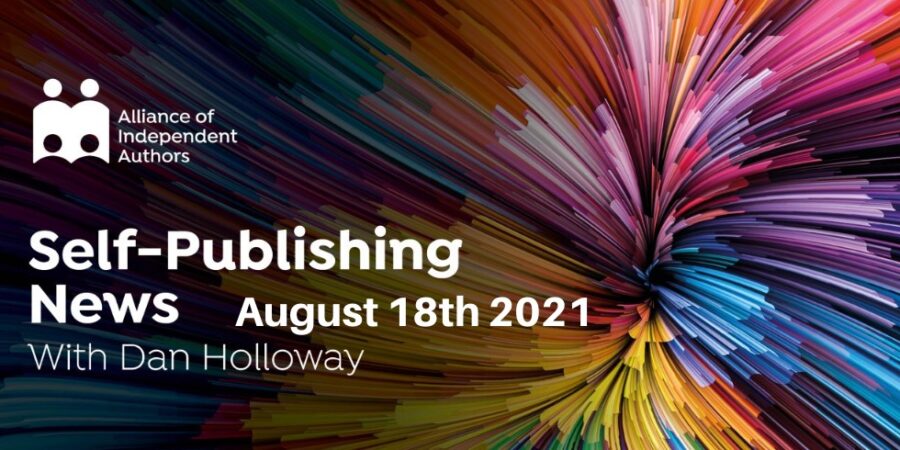 In this month’s self-publishing news podcast, Howard and I talk about new features being launched on social media platforms that enable users to monetise their feeds. And tonight's #indieauthorchat puts the spotlight on non-fiction, asking whether you need to be an expert to write it. Join us at the usual 3pm Eastern, 8pm UK time.

There can’t be many in the indie world who haven’t herald of LJ Ross. She has become a flag bearer for the indie movement with her crime fiction. She is also remarkably generous in giving back to the indie community. During the pandemic she has funded bursaries through Write North East, for example. This week LJ passed 7 million sales, a truly remarkable achievement. Congratulations from everyone in the indie community to one of our finest!

I’ve talked a lot recently about platforms on which we can create revenue streams as writers. This week I’m coming back to Medium, who have once again changed their terms of service for Partners in an attempt to get more and better content and more paying readers for it. The long and the short is there will be stricter rules on who can be part of the partner scheme. There is, however, a new very generous referral scheme, though it might not be the good news it seems.

Let's take a look at the detail. First, the downside. The big downside is the introduction of a $10 minimum payout. From what I've heard about people's income from Medium this will cause a lot of people a long wait for payment. And there will be tougher criteria for becoming a partner. You will need 100 followers and to post once every 6 months. That's hardly huge gatekeeping!

The plus is that if you refer someone to paid membership, you will get half their fee after overheads every month they are a member – that's $2.10-$2.27 a month depending how they pay. That sounds huge. It is huge. But the implication is worrying. Medium is pretty much turning from a “writers-get-paid” site to an affiliate at best, MLM (multilevel marketing) at worst one. These massive referral bonuses will have inevitable consequences for the pool of money left to actually pay out to people who produce amazing content.

One story this week ties together what I’ve been saying recently about the opportunities for writers within the gaming market, and all the subscription stories I’ve been reporting on. Crazy Maple Studios has announced the launch of the Chapters Community. Chapters is the company’s paid subscription app. Readers who use it get to access enhanced ebooks which offer a variation on the “choose your own adventure” theme.

Up to now, the company has commissioned stories through regular sources. But the new move feels like a reverse engineering of Wattpad does so well. Wattpad has a massive reading and writing community from which it plucks the stories with the greatest traction and promise. Chapters has a reading community and is looking to create a space for readers and writers alike to try their hand at, and develop skills in, narrative gaming alongside it. Of course, the end game is to provide more content that it can feed into the subscription app. And that is why it’s of interest for us as writers.

Another interesting new platform is Contact. Like several I’ve reported on, Contact makes it easier to get in touch with creatives. Most notable for being driven by Game of Thrones’ Maisie Williams, Contact works a bit like Reedsy, people to book talent directly from online portfolios. And while it is starting with modelling, the $1.9m funding it has just raised is intended to fuel its ambition to extend to all forms of creative endeavour.

It’s one of those websites that can fill authors and readers alike with dread. And for many reasons. But one of the underlying causes for concern seems to be a general lack of attention paid to the site by those in charge. This explains the many complaints about the positively prehistoric user interface for example. And it’s somewhat surprising as technically that’s Amazon and they don’t seem to have realised that people are still using the site for all its flaws and they could do something great with it.

The past week and a bit it has been another ongoing issue that has come to the fore in the news: reviews. Here in the UK, the huge controversy over Kate Clanchy’s book “Some Kids I Taught and What they Taught Me”. While this story has subsequently blown up into a discussion of racism within publishing, it began under a fortnight ago with the author’s response to reviews on Goodreads. The author seems to have made comments suggesting she would get in touch with reviewers’ employers for accusing her of using words in her book that, it turns out, she actually did use despite denying it initially. This feels so reminiscent of years of disputes between authors and readers on Goodreads during which both sides have maintained they are the victim of bullying by the other.

This week, Time has a story about a very worrying development on Goodreads – review bombing. In effect, this is the equivalent of a ransomware attack. Authors are subjected to extortion campaigns under threat of deluging Goodreads with terrible reviews.

What all these things have in common goes back to what I said at the start – the seeming absence of Goodreads themselves in the whole process. Amazon struggles with reviews. But it takes them deadly seriously. Which makes it feel strange that Goodreads, which it owns, just seems to sit on its hands.