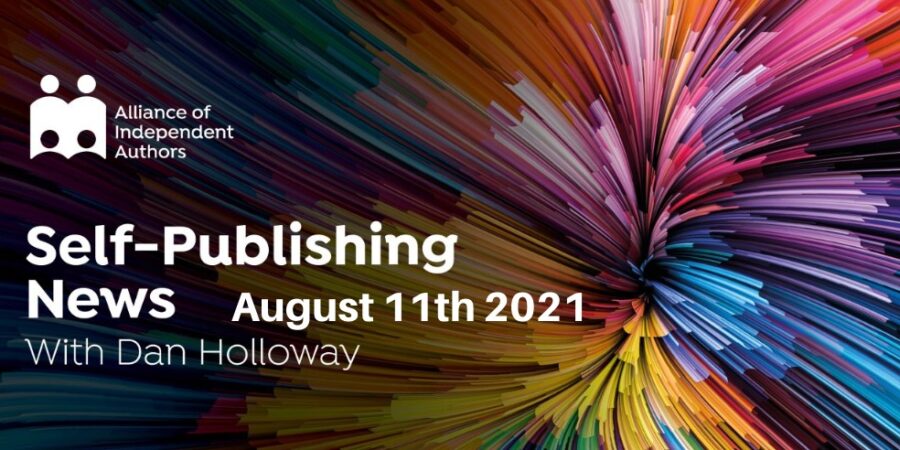 In this month’s self-publishing news podcast, Howard and I talk about new features being launched on social media platforms that enable users to monetise their feeds. And tonight’s #indieauthorchat takes a look at a subject many of us struggle with: whether pre-orders are a good idea. Join us at the usual 3pm Eastern, 8pm UK time.

Comics and Games continue to offer opportunities for indies

The indie writing world as a whole doesn’t talk about games and comics enough. The same way we don’t talk about erotica enough. Not that games and comics are inherently like erotica – though they can be. What they all have in common is that they are spaces within the writing world where indies are often at the forefront of driving change, connecting with consumers, creating something vital and exciting. Interestingly news of expanding possibilities for indies in this area comes as creators for Marvel and DC are at extreme loggerheads with those behemoths over payment.

This week, I have two stories which illustrate the opportunities, and which should provide inspiration – not to mention practical tips – for all of us. First is news of $3.1m investment in INKR. INKR is a platform that makes comics accessible across by “enabling creators to reach global audiences with its proprietary localization technology” as the blurb goes. What this means in effect is an AI engine, enhanced by people, working together to convert comics into appropriate formats for different languages as well as translating. The result is that you can make your work available in multiple markets very rapidly.

Meanwhile tabletop games have made it as far as Publishers’ Weekly this week. The for this is exciting: a massive growth in the success of tabletop games on Kickstarter. The figures for 2021 alone are staggering. 2700 tabletop games have had campaigns so far this year. and a mind boggling 60% of those reached or surpassed their targets. I see a lot of discussion about crowdfunding among indie authors. Usually the contribution I make is to point out that success depends a lot on genre. Games, comics, and graphic novels are areas where crowdfunding does really well.

A Year of Kobo Plus as Subscription Continues to Spread

Subscription reading platforms continue to be in the news. And Mark Williams continues to offer excellent and informed commentary on how publishers are still ignoring it, and why they shouldn’t be. I encourage you to always read his posts on this aspect. Fortunately, as indies we are able to be somewhat more nimble than big publishing houses. So to give yourself the best information to make the most agile decisions about what’s good for your books, I urge you to pay real attention to what’s happening in subscription.

Kobo Plus is the paid subscription plan from Kobo. This week it has been running for a year in its native Canada. Interesting insights from this anniversary include the (not wholly unexpected) piece of information that subscribers love box sets. This comes on top of Storytel recently hitting a million subscribers in the Nordic markets alone. Meanwhile, educational publishing is still somewhat a canary in the coalmine for big publishing houses. Pearson has just launched Pearson +, a subscription app for educational content.

I’m generally wary of sharing product launches. It’s something I get asked to do quite often. I far prefer to discover interesting and unusual things that indies won’t find out about elsewhere as opposed to repeating something from a press release. Hint: I will read your press release, but I won’t just cut and paste it – it’s important that I communicate to the column’s readers exactly why a new thing is right for them. So when I get approached, I ask two things. What’s new about this (as in, why is it news?) and what does it do for indie authors? I will also tend to get in touch with John Doppler in his Watchdog capacity if anything seems even slightly out of place.

This week AppSumo, the online app marketplace, approached me with the launch of its new Tools for Book Authors Collection of apps. It’s not a suite like, say Microsoft Office. Rather, it’s a collection of different apps each of which may help with a different part of the self-publishing process. As such, I wouldn’t give a blanket thumbs up or thumbs down. On the other hand, I did find apps in there from ALLi partner members like Author Revolution. And that’s why, ultimately, I’m very happy to share. It’s handy to have so many things in one place to choose from. Go and check it out if you are in the market for such things. But do your own diligence on each individual app rather than assuming that because one’s OK the others will be too. And always check ALLi’s Watchdog!

Self-publishing Review: A Note of Caution

Self-publishing Review is a very old name on the indie scene. I was reminded this week that it is not what it used to be. A post on the always-informative Passive Voice site caught my eye. Passive Guy commented that a reader had contacted him after he published a review from Self-publishing Review. The site sells verified Amazon reviews. It claims to do so within Amazon guidelines but as many of you will know, Passive Guy is a lawyer in the intellectual property space. And if that made him take a link to them down, it’s worth pondering!