We are barely a week into the new year, and it already feels like 2017 is shaping up to be the year of literary clickbait. Last week social media was dominated by *that* article about self-publishing. And this week the book world has broken out of the culture sections of our media thanks to the shocking/hilarious/nothing to see hear (depending on your perspective) behaviour of a secondhand bookstore owner in the small Yorkshire town of Hawes, best known as the home of Wensleydale cheese, the favourite midnight nibble of animated legend Wallace, of Wallace and Gromit. Steve Bloom, of Bloomindales (get it!) bookshop, has been subject to reproach from his local council and, worse still, online reviewers for his generally misanthropic behaviour towards customers, listed as ranging from charging a refundable 50p admission fee to calling one customer by an epithet he won't have found in his children's section. Like all good clickbait (viz. the blue & black/white & gold dress) what made this such a must-talk-about story is that it presented a controversy that had two clear sides both of which generated strong opinions. Marketers, take note.

There are Other Bookshops 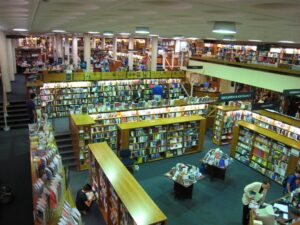 The Norrington Room at Blackwell's in Oxford, the largest book-selling room in the world.

The resilience of print sales was one of the big stories of 2016, and the latest figures confirm that print sales rose by 3.3%, even more impressive given the much lamented lack of a “new big thing” in 2016. So  it's no surprise that bookstores should be in the news.

But this last week has decidedly been a tale of two businesses. Whilst Amazon are working towards a new store in Boston and their first in Manhattan, it has been a time of closures for Barnes and Noble. At the level of behemoth and boutique alike, having a plan is essential. That, I feel, is another trend we are going to see continue, and something for indies to note.

In a bid not leave any arm of the business feeling left out, B & N's woes have not been confined to its paper book outlets, with Nook expected to post losses of $25 million. Kobo has, meanwhile, been busy in Germany. It has bought tolino, the e-distribution infrastructure, from Deutsche Telekom.

Those of us whose self-publishing extends to high quality and long form online journalism (and out of modesty I apply “us” strictly to the format not the value judgement) don't exactly find it easy to find means of monetising the insights we bring. Which is why, while not exactly original, essay platform Medium's announcement that it is moving away from advertising-supported payment so as to ensure original high integrity providers get rewarded over clickbait, is of great interest. Though while it's fabulous to see what they will no longer be doing, we await the announcement of what they will.

Opening Up: The Jhalak Prize 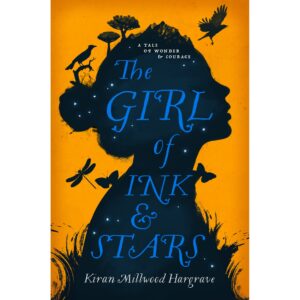 Kiran Millwood Hargrave's The Girl of Ink and Stars, longlisted for the first Jhalak Prize.

This week saw the announcement of the longlist for the Jhalak Prize, a new award for British BAME writers. As well as being a prize that taps into ALLi's diversity in publishing campaigning, the prize is notable for its acceptance of self-published writers. No indies made the list of 12, but according to organiser Nikesh Shukla they made up 16% of the 121 entries. So a great start, and now we need to get more indies entering.

Whilst the news is not good, you can imagine my relief that 2017 has finally brought us some news on sales tax. In this case, Newfoundland in Canada will be charging 15% up from 10% sales tax on paper books as a result of the end of a 5% state rebate. I may make humour out of my obsession with tax and copyright but for indies there is a real issue here, which in many ways isn't an economic one – it's about change. We love and embrace and exploit change, but when change is imposed on us, it eats away at our most precious and scarce resource – time. 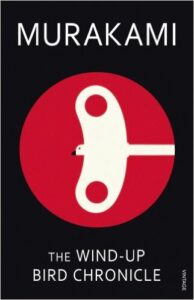 Book thieves having a wind up?

As indies, we are all aware of the issue of digital piracy. But what about the theft of actual physical books? This article gives us an intriguing insight into what books are likely to be stolen from where, including the observation that in Toronto, the city that gave the world poetry vending machines and has one of the most vibrant indie scenes in the world, whole shelves of Murakami are wont to go missing.