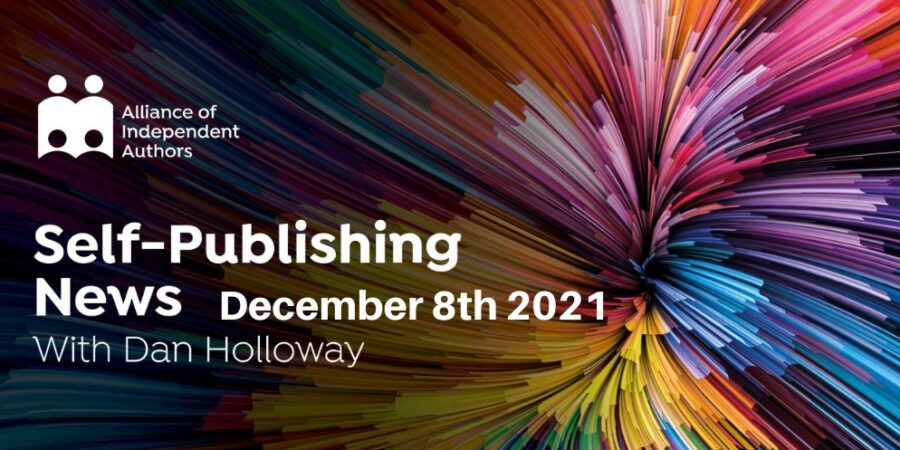 In this week’s Self-Publishing News Special, ALLi News Editor Dan Holloway reports on a new study that claims Amazon made $121bn from its sellers last year.

In the latest self-publishing news podcast, Howard and I will talk about the publishing industry’s issues on climate change and the future for audiobooks. On tonight’s #indieauthorchat at the usual 3pm Eastern, 8pm UK time, Tim will be talking to Dianna Gunn about how authors can use TikTok.

How Much Money is Amazon Making from its Sellers?

One of the issues at the heart of Audiblegate is Amazon’s transparency over earnings. A schedule of expected earnings is available to help people make decisions about how to distribute their book. But Audiblegate has reported many instances of that table bearing little resemblance to actual percentages earned from sales.

This week, Amazon’s wider lack of clarity over earnings has been in the spotlight. A report from the Institute for Local Self-Reliance has claimed that Amazon takes a third of the sales revenue from its marketplace sellers. The report claims Amazon makes $121bn a year from its sellers and an operating profit of $24bn from seller fees, disguised because they are bundled in with the loss making Prime in official accounts. Amazon, of course, refutes the claim. It points out that these are not seller fees at all. Rather, they are optional extras. The report’s authors point out in return that sometimes “optional” extras aren’t that optional. Ad spending, they say, has quadrupled, for example because of the extent to which Amazon pushes those who spend more to the front of the queue. This fits very much with what I’ve heard anecdotally from authors who lost the “buy button” to their books and the impact that has had on their income.

You can read the full report here.

Youboox: Another Reboot for Enhanced Ebooks?

If there’s one truth in the uncertain world of digital publishing it’s that any attempt to create enhanced ebooks begins with a bang and ends in a whimper. So Youboox will probably not like their new product, Switch, to be thought of as the latest in that line. This isn’t the only slightly awkward spectre Switch raises.

Switch is, according to Youboox, a new kind of book. It’s a hybrid between an ebook and an audiobook. It allows you to, you guessed it, switch between the two formats. It’s not just that, though, otherwise it would simply be Whispersync by another name. Or, rather more awkwardly in terms of rights management, Audible Captions. Switch offers a series of 20 minute fully immersive episodes that allow the reader to move between the different formats at will through a seamless interface. The best explanation of how it works is in this article in French.

Switch may or may not be groundbreaking (the key is just how seamless that switching is). And it may or may not succeed (don’t hold your breath). But what’s interesting for me are two things. First that it’s happening at all. Companies remain convinced there is a market for this kind of product – episodic fiction with consumer control over multiple formats. And the first offerings are split between thrillers and romance. Genres where subscription services have already taken advantage of voracious readers. Switch may or may not be it, but at some point something in this area is going to stick. And when it does, it will unlock a massive waiting audience. It would do you well to follow along if you write in this area.

Publisher Protection: The Impact of Facebook and Google on Freelance Income

The US Copyright Office is carrying out a major study into the impact of giant aggregators on journalists. Most people get their news from Facebook and Google. That’s a fact of modern digital life. But what is the impact of that on the income that flows to media companies and the people who write for them? In particular, what is the role that the concentration of advertising revenue into so few places having? The copyright Office is seeking to understand this so that it can protect writers’ incomes. The Authors’ Guild of America has released its submission to that enquiry. It makes for depressing, but not surprising, reading. Per word income for journalists is lower than it was 15 years ago, for example. It’s worth remembering, as we think of the opportunities opening up through the likes of Substack, and podcasting, that many of these new opportunities only arose because so many other doors have closed.

Book Fairs in 2020 and 2021 looked unlike anything we could possibly have imagined in 2019. And yet, somehow, it is almost impossible to think back to those old assumptions about what a book fair had to be. So when it comes to imagining what we will be doing in 2022, well, it gets complicated.

Here at ALLi UK, we are all hugely looking forward to celebrating 10 years since ALLi launched at London Book Fair. But we are also aware that April is only 4 months away and any kind of get together is very much in the balance. And this week, it became a little less likely. Brussels Book Fair announced that it would not be holding a physical event in 2022. It had been scheduled to take place just 4 weeks before London. If last year’s indecision is anything to go by, it will be more than 4 weeks until we know the fate of London. But it’s already clear that 2022 will not look like 2019.

Just how much money is Amazon making from its sellers and other top #selfpub news stories for #indieauthors, in one quick read, by #ALLi News Editor Dan Holloway @agnieszkasshoes #digitaleconomy #publishingopenup Click To Tweet