Self-publishing News: Getting the Word Out

If you're like me, then you will be thinking pretty much what I'm thinking. It's that time of year. The year is so young and so full of possibility. And so old and full of disappointment. It's the time when it's not too late to claw back those ambitions we had do firmly in our sights. And yet, it feels so hard. OK, so that could sum up pretty much every Monday at about lunchtime, but particularly so in late January. Which is why I have left you a little treat as an “and finally”, a TEDx talk based on one of the best things any indie could read – Daniel Coyle's The Talent Code, a fabulous roadmap through the world of what we all need – “deep practice”. 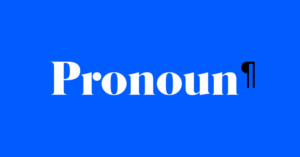 This story snuck in about 5 minutes after I hit publish last week, so I'm hardly on the scoop, but that has given time for it to play out a little. It started with the announcement that the ebook distributor Pronoun was introducing some seriously impressive terms for authors. It was the final step in what has been a very quick march out of beta. Pronoun distributes to all major ebook retailers, and promises to push out books, and changes, to all of them within 48 hours of the change/upload being made. The headline figures of what look like very promising terms are these. 70% on sales below $2.99, even on Amazon. 65% on sales over $9.99, even on Amazon. And pricing to free, including on Amazon where you do not have to go through the torturous route of price matching. This sounded so good, a lot of questions were asked. Fortunately Jane Friedman was on hand to put them to Pronoun's head of marketing (edited to add: hawk-eyed ALLi member Karl Drinkwater has pointed out that these royalty rates are Canada and US only. A full list is here). 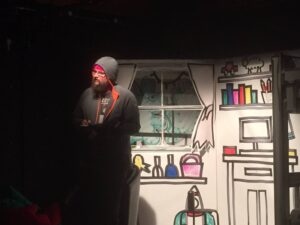 Those of you who used to watch while biting their nails to the quick at this time of year to see if they'd made it to the next round of the Amazon Breakthrough Novel Award will already be aware that award was superseded by Kindle Scout, which involved authors in the whole “being on Amazon” thing. And most of us will have, at some point, been pestered, I mean politely approached, to support someone's Kindle Scout campaign. Well, now it appears Amazon has gone one further with Kindle Storyteller, which opens on 20 February and promises £20,000. Entries can be in any genre, fact or fiction, so long as they're 5,000 words or more. Yay! But they have to be on KDP select for 90 days. Really not yay – the Digital Reader points out a whole load of reasons why this is basically a way to get new writers hooked. For me the real issue is in this part of the description – “Readers will play a significant role in the competition, with the award shortlist compiled based on customer ratings for the titles”. Oh goody. Another popularity contest. And for an award of this size and profile, that really doesn't impress me in my Opening Up To Indies campaigning capacity. I want high profile prizes that get indies in front of great judges. Without all this popularity contest intermediation first that serves only to favour the long of mail list.

Overdrive and Kobo; Smashwords and Microsoft

With a thanks list that goes back to the fabulous Mark Williams, there is interesting library news after last week's story, with Kobo in beta testing of distribution through Overdrive. Meanwhile, Smashwords have made the news by finally paying royalties to all those authors who never made it over the $10 minimum payment threshold. And it seems that this is not a one-off, but that the $10 minimum for Paypal payments has now gone, and royalties of all amounts will now be paid monthly. Way to go, Mark Coker! And you will not have failed to notice that Microsoft looks like it's opening an ebook store. What, if anything, this means or will amount to, time will tell.

If there's one thing everyone agrees on, it's that audiobooks are big news. Which makes the announcement of the breakup of the exclusive arrangements Audible have with Apple and owners Amazon very big news. Competition authorities have decided this little nexus amounts to just too much of a stranglehold on the market. This is something else it will be interesting to watch as it pans out to see how many more avenues really do open up for us.