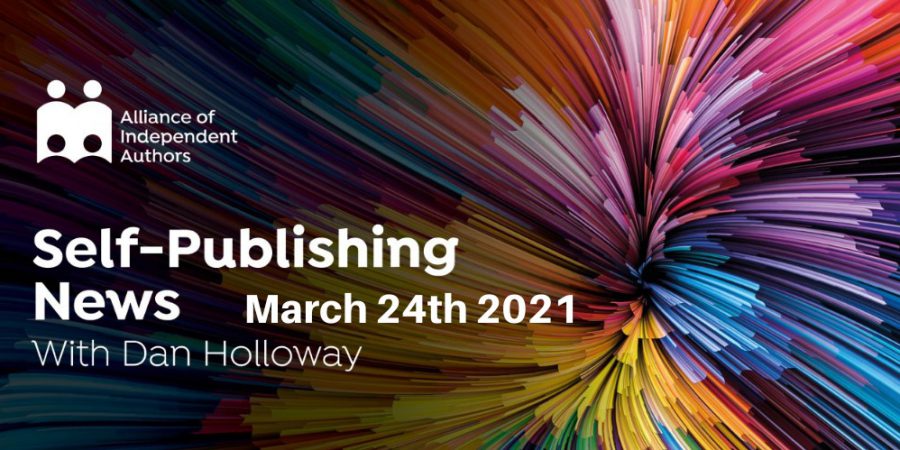 Tonight, #indieauthorchat on Twitter will be about keeping track of sales. And for the 2nd and last week for now, don't forget it's 8pm GMT so the time differential from the US will be different from usual until we catch up with daylight savings next week. Meanwhile, last week's chat with Helena Halme about writing every day can be found in full here. And for everyone following Audiblegate, please visit our latest update on that essential campaign.

In many ways it would be true to say that Facebook has been a self-publishing platform from day one. Even in a more formal sense, like Instagram it has allowed writers to play with form without any gatekeeping (except the company’s moderators). Back in 2009 I wrote and published a novel through discussion in a Facebook group.

But now the social media giant is entering the world of monetised self-publishing. Facebook is about to launch a monetisable subscription platform. This comes at the same time as Twitter has made plans for paid “super followers.”

That brings us rather neatly to another platform for monetising short-form content. Substack has risen in popularity for a number of reasons over the last year. Some of them are political, and arise from its aligning of itself with a free speech agenda at a time when much of social media has been anxiously moderating. Some of it is the way it combines business models and brings them under one roof. If you were previously using a mailer to point people to your paid Medium, then Substack avoids the need to click.

But it seems that some of the platform’s ambassadors might not be the self-made successes people think. Substack has been, it seems, somewhat generous in handing out advances to woo high profile figures onto their platform. This is nothing new, of course. And if it had been positioned as such it would give Substack a slot alongside the likes of Scribd Originals, or the exclusive Wattpad subscription content. But Substack has attracted a backlash for not being transparent about this. Without information on advances, it is impossible for those of us looking to make an income from self-publishing to make an informed decision about the best platform to use.

Earlier this year, Joanna Penn launched a survey to look at how indie writers made their money. A stonking 738 writers took part. And the results show what many of us know — the key to this game is having multiple streams of income. 94% of us, it seems, make money from more than one stream. Admittedly, self-publishing ebooks and print books count as two different streams. With direct sales another. In fact the top 4 streams are all versions of what one might call the same thing — selling books in various formats. But it’s clear that other streams play a major part of our business models. 26% of us make money from teaching, and the same number from freelancing. Really interesting is that 9% of us are making money from merchandise and a surprisingly high 10% from patronage sites like Patreon.

Reed Exhibitions was, for years, the brand behind the world’s highest profile book fairs. But it’s safe to say it has had a year to forget. First, it came under fire for waiting, let’s be honest, far too long to cancel last year’s London Book Fair, leaving many exhibitors out of pocket. Then it procrastinated and changed its mind, and its calendar, with Book Expo. BookExpo is, of course, no more. And while Reed is still behind this year’s delayed London Book Fair, it has just parted company with Paris.

Everyone acknowledges that book fairs will look different in the future. Some will stay online. Many of those that return to a physical presence will also stream online. The pandemic has, in many ways, simply hastened what environmental concerns had led many to realise should happen, and got us over the hurdle of no one wanting to go first (publishing’s perennial problem).